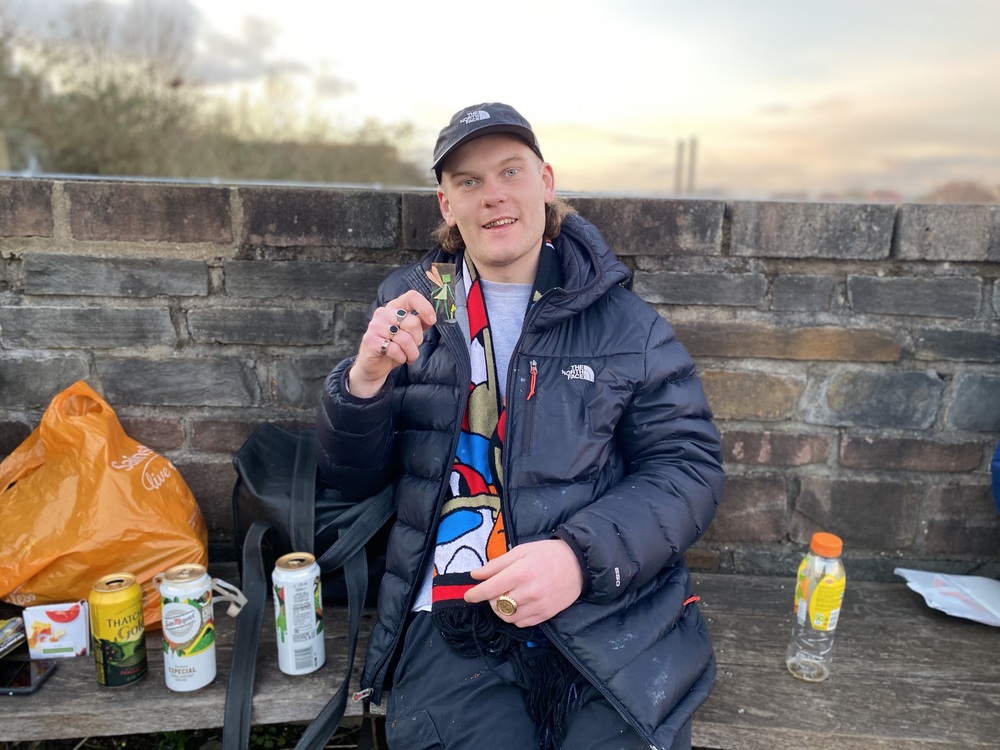 This week I have been in the studio trying to find a cathartic and responsive way of processing yet another women’s death to male violence. A tragedy that has brought back into the foreground that there is a ‘normality of feeling unsafe’ as women walk through the streets, are at work or on a night out. 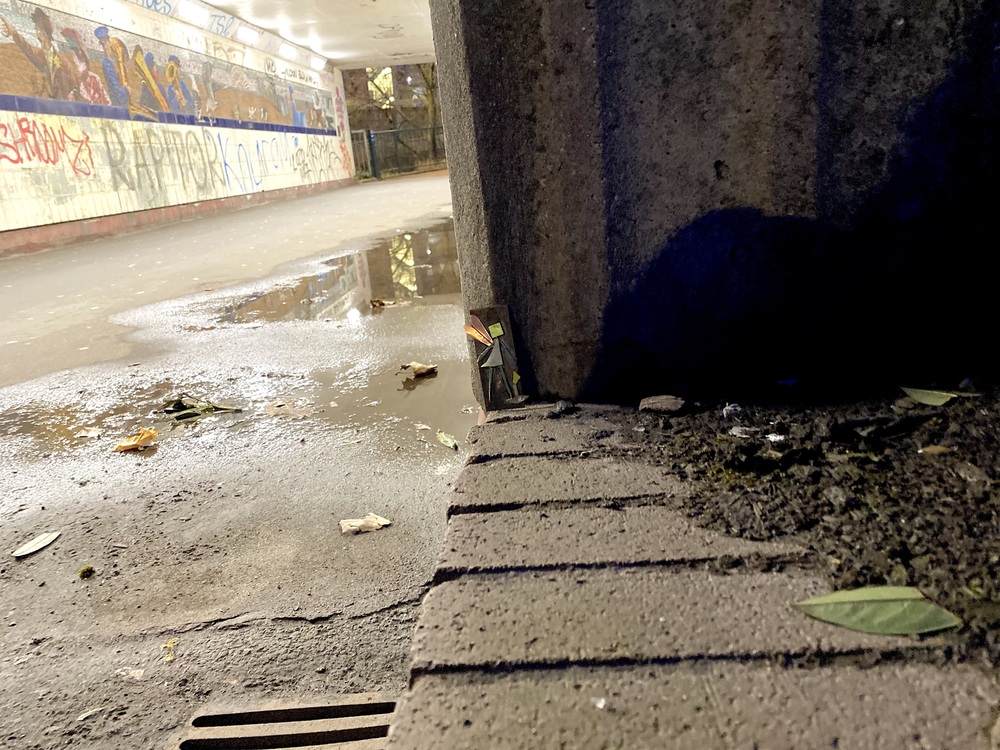 To sponsor a Street Fairy and keep the project sustainable   paypal.me/stephanieroberts361

(more information about this at the bottom of this blog)

Or donate to a suggested charity  http://www.newpathways.org.uk

Request a Street Fairy for your streets email Stephanie

All my adult life I have been harassed by men, whether it be a bottom slap, pinch or been preyed upon by one or a group of men. Luckily I have not been physically abused. I know, not all women have the same story to tell. The level of harassment I have experienced was from drunken men. The men that forget that they are not gods gift to women and seem to think ‘we’ are asking for it, for 'we' were partaking in conversation. Or because some women don't want to say 'F**k Off' numerous times on a night out or want to appear rude, even if the behaviour being recieved stinks of toxic masculinity. A lot of the times women can be in fear of making the situation worse, I know I have. I have tried to explain to men that this is not the acceptable way to talk to or treat women but they didn’t want to listen. 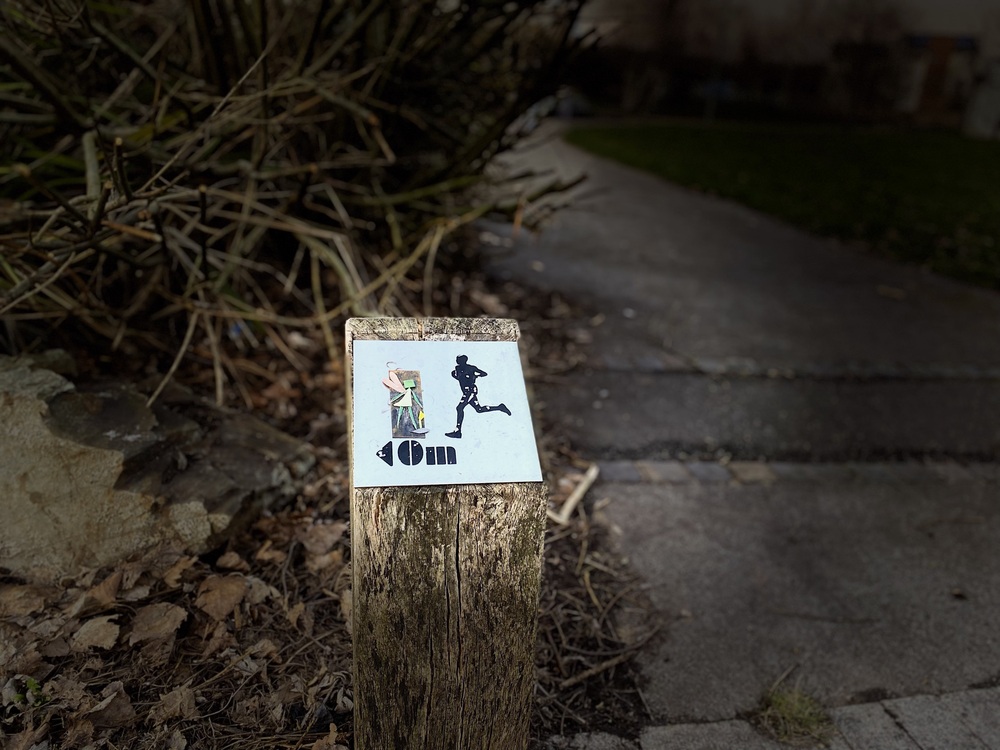 As a response to my emotions and thoughts on this subject and in the aftermath of the death of Sarah Everard in London in March, I felt I had to 'Make!'. Make as a cathartic process about what had happened and keeps happening across the country and world.

I have made this character before. A little fairy wearing a little dress, full of pride, life and energy, with a sense of skipping through life, carefree young and innocent. I became drawn to this character again. So I made 2 new versions. The new series of these I've made have a different energy about them. They hold or stand near a daffodil that to me symbolises remembrance, or might be seen as an offering to those women who have lost lives to abuse and violence. Or just as 'yellow', a symbolic colour that signifies new growth, a new start and a new positivity. As spring shows us every year - time for change. 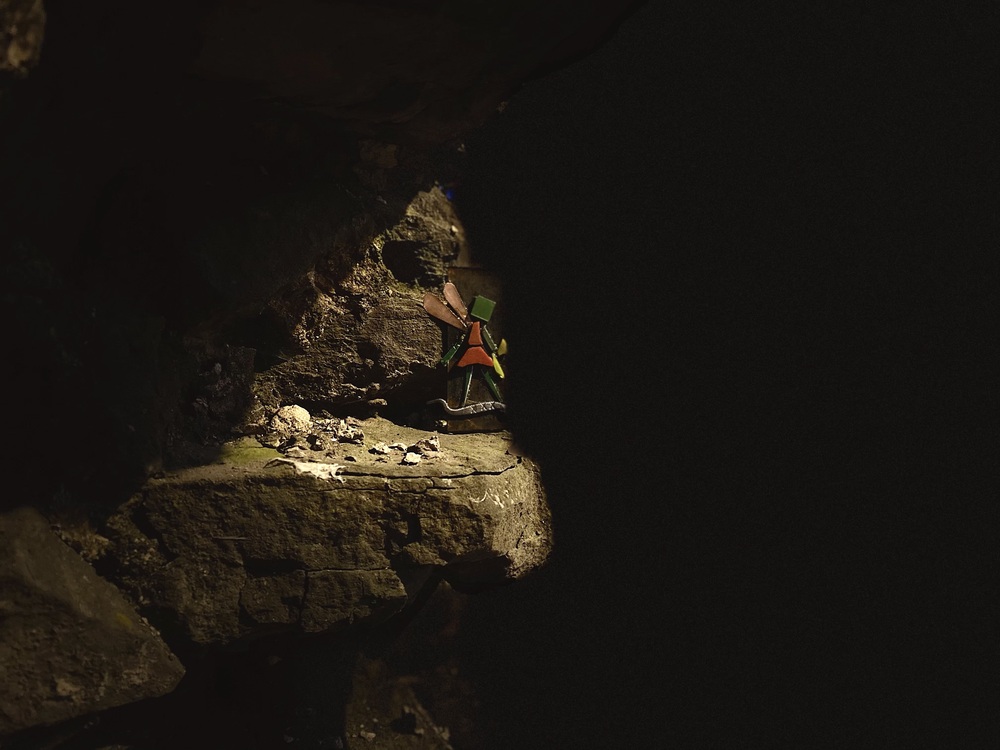 These fairies are modern interpretations of a cheeky sometimes mischievous or dark character from the past. These are fairies of my time and yours. Filled with fortune and ‘magical’ powers. Here I will confess that one of my tag lines has been “I believe in fairies”. With so much ugliness and pain in the world, why not believe that 'the magical' might be the only character that has the capability to change things. 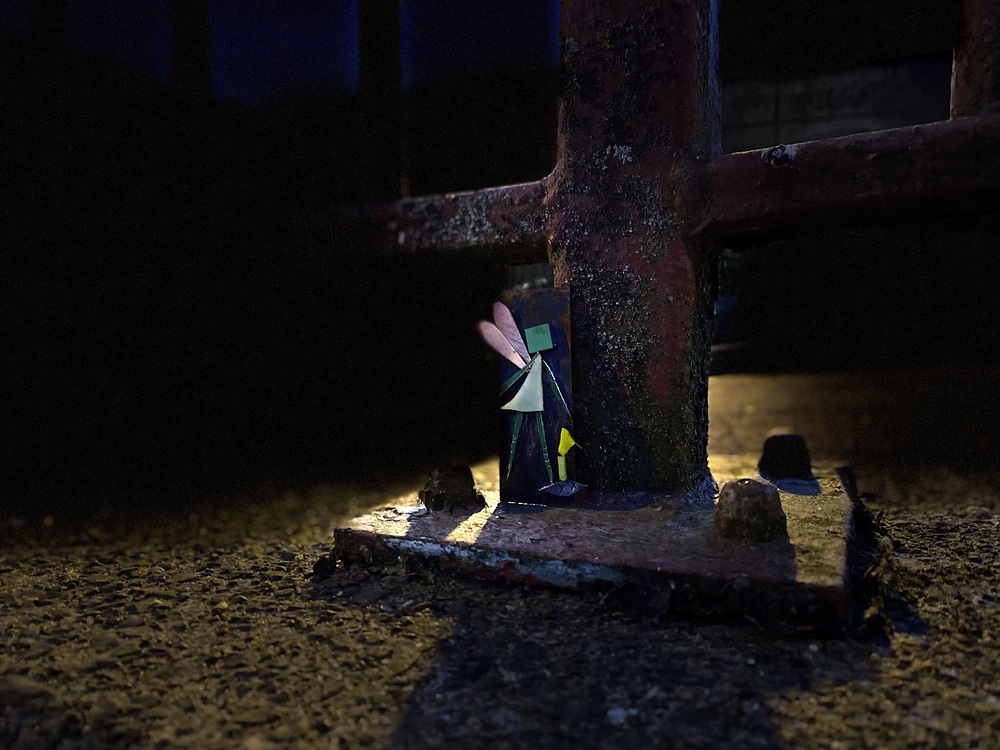 I walked home from my studio that evening just as the light was dipping. I was aware of feeling more vulnerable than I had for a long time.

I felt overwhelmingly unsure of how the men in my community have reacted to the explosion of media and news about women feeling unsafe in their streets, and feeling constantly vulnerable.

I looked around and observed. It was not a good feeling to be having, as the light kept dropping and I was walking through the so called ‘rougher’ areas of my city. 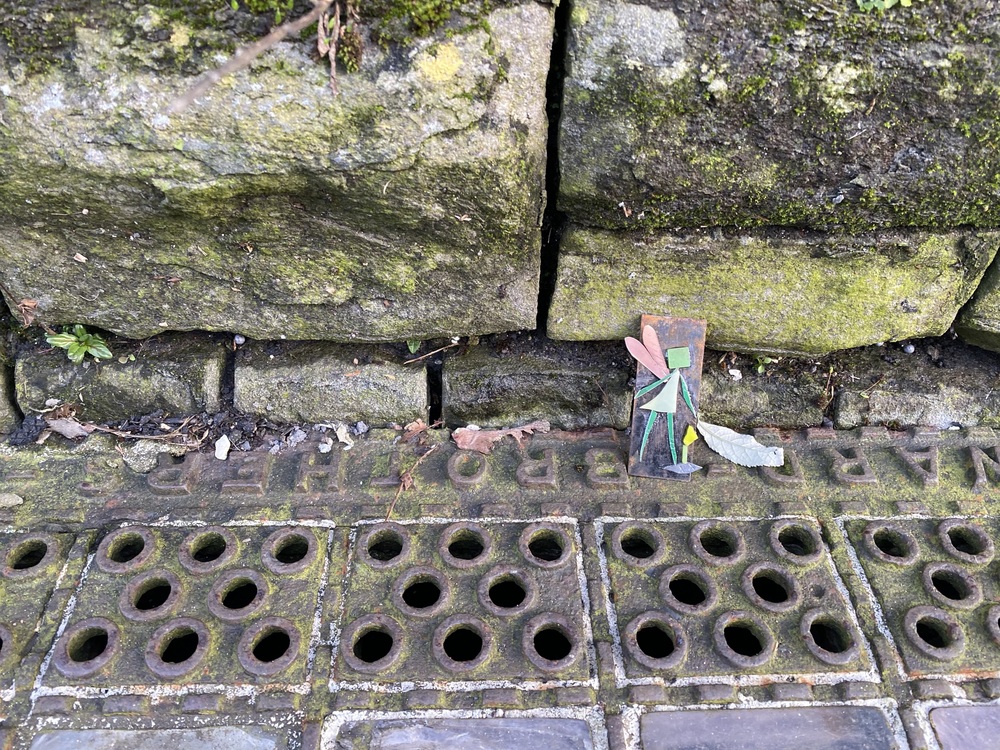 So with fairies in hand, I continued to walk.  Photographing these 10cm mosaics in places that resinated with personal feelings of intimidation, memories or present ones. Finding imagery on the streets that provoked a reaction in me. There seemed to be conversations about this subject matter everywhere I looked. Words like ‘brother’, ‘emergency’, ‘stop’, ‘grab your sausage’ (an advert tag line for builders adhesive) 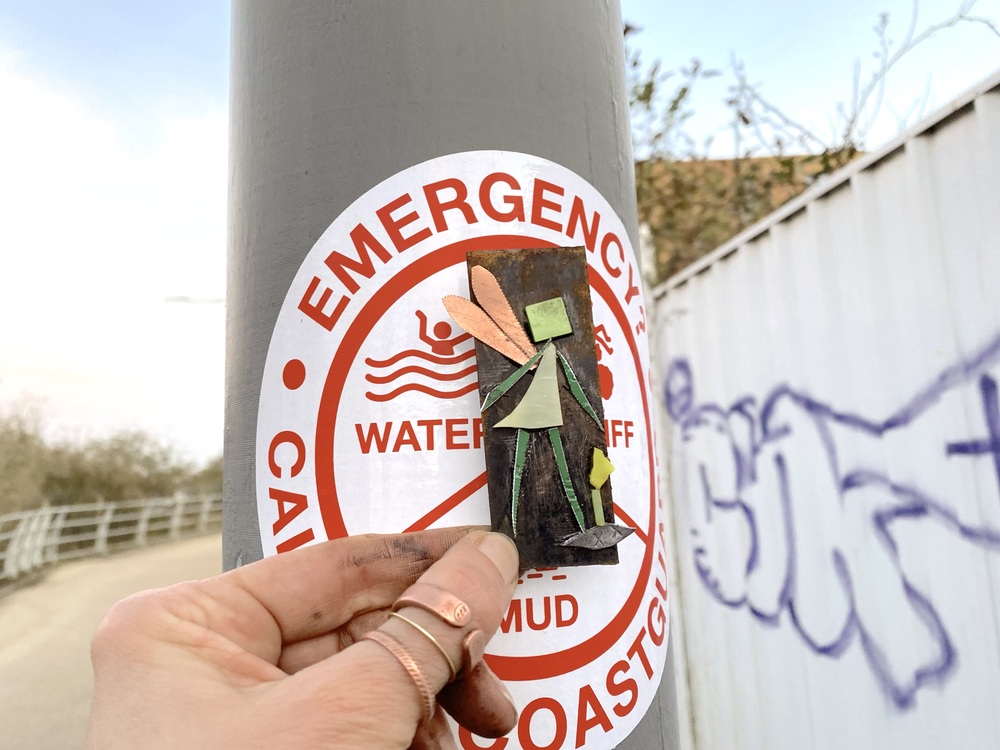 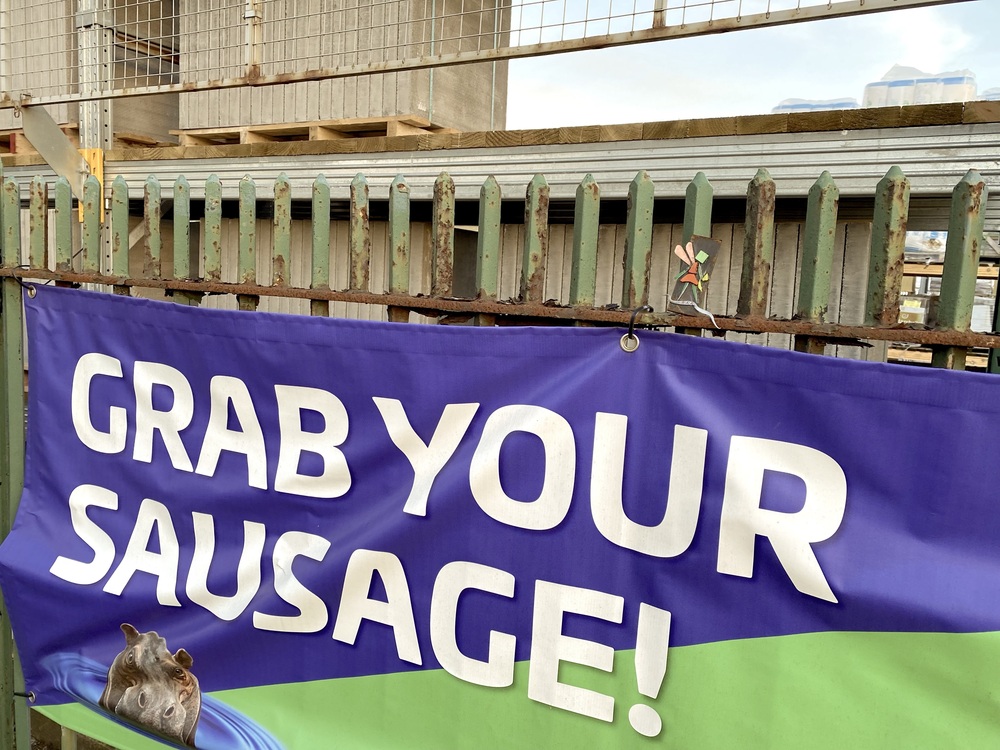 Then I saw street art imagery by Enemie of a hooded man with wings and a halo. A powerful image but what does it mean to me or other women? Is he saying the he is a good man, an angel, even my angel?

I walked past a bench I hate walking past because of the comments that often come from it by the drunken men who sit on it. No one was on it today.

“Reclaiming space & changing the energy in places where women have felt unsafe or were violated. A lovely way to Reclaim the Street” Emma Fitzmaurice 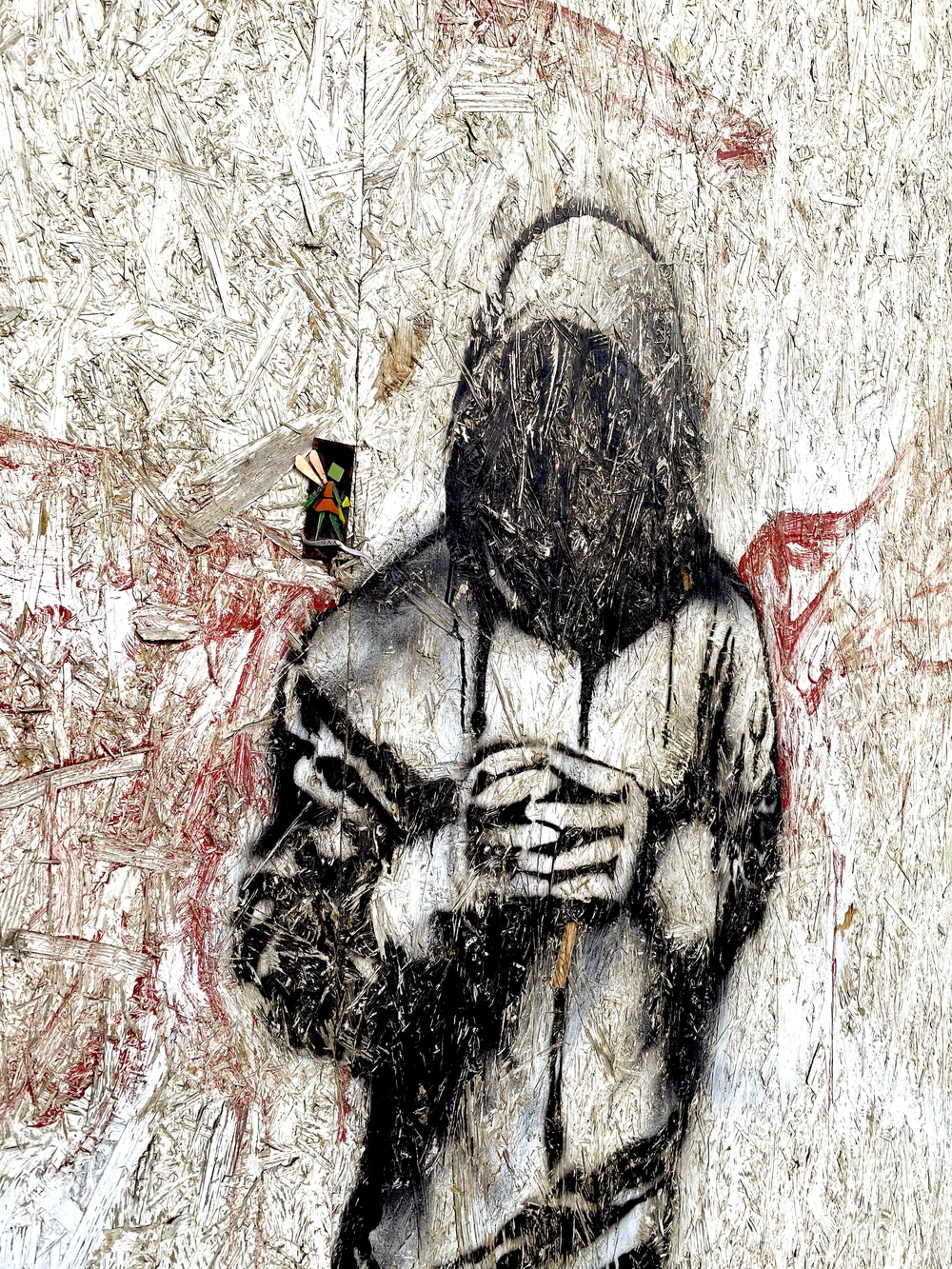 But the more I walked the more angry I became for feeling unsafe and subsequently frustrated at the question.. What can I do?!! I stopped, I was by the river, I saw 3 men drinking, sat on a bench. I walked around their peripheral vision and took photos of the river and the fairies.  I began to walk away and suddenly came to a halt. I had to involve men in this but how? So I approached them, luckily they looked a bit like ex art students, I felt safe by their familiarity of looks to friends, only wary because they were drinking.

I asked if I could talk with them a moment. I explained that I had been making these little mosaics as a response to Sarah's death. I showed them to them. They agreed about how  unacceptable the situation is with women today, the abuse, the murder by the hand of some men.  They agreed that it was important for women to reclaim a sense of safety in the streets, especially in the wake of Sarah’s death in London by a Met Police Officer. I mean, how are women or any group of individuals to feel safe and how do we go about finding it?  We chatted about this for a minute, all sharing with me  a mutual disgust and our saddness for the whole situation. It made me loose my ability to communicate as the emotions got the better of me, they said “don’t worry, its ok” or words to that effect. I can’t remember, as the situation felt powerfully overwhelming.

I handed them the mosaics I had made and asked if they would pledge to help educate men.  Create conversations about the topics of the last week and the general vulnerability that so many women  experience. Keep a look out for women who need you to show her safety. 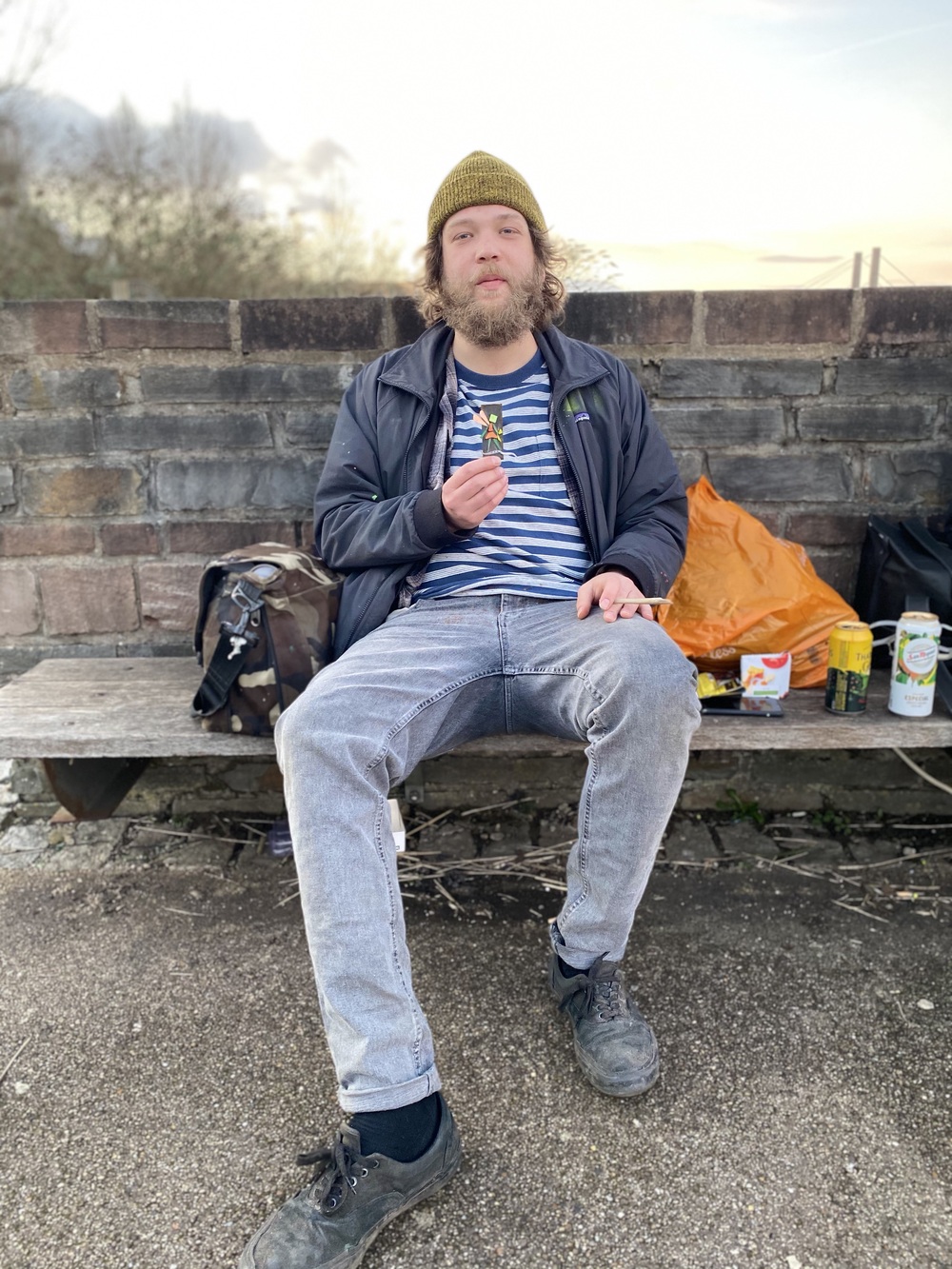 This was an off the cuff respose to my making and my walk.

As I continued my walk, I wanted to stay in this safe emotional place, the first 3 men I asked were on the side of women as equals. Which is most men. This is great I thought.

But as I continued my 45min walk home I passed many men I didn’t speak to or engage in conversation. Which frustrated me at the time because I was afraid of being confronted by “oh.. no thank you, I’m not interested” comments. Or words to that affect. What would I say? Would I create a vulnerable situation for my self, I was not prepared for. I was making it up as I went along here...

“She's making little street fairies and placing them where she has felt vulnerable, altering those spaces energy. You can get some from her, do the same.” Clare Potter 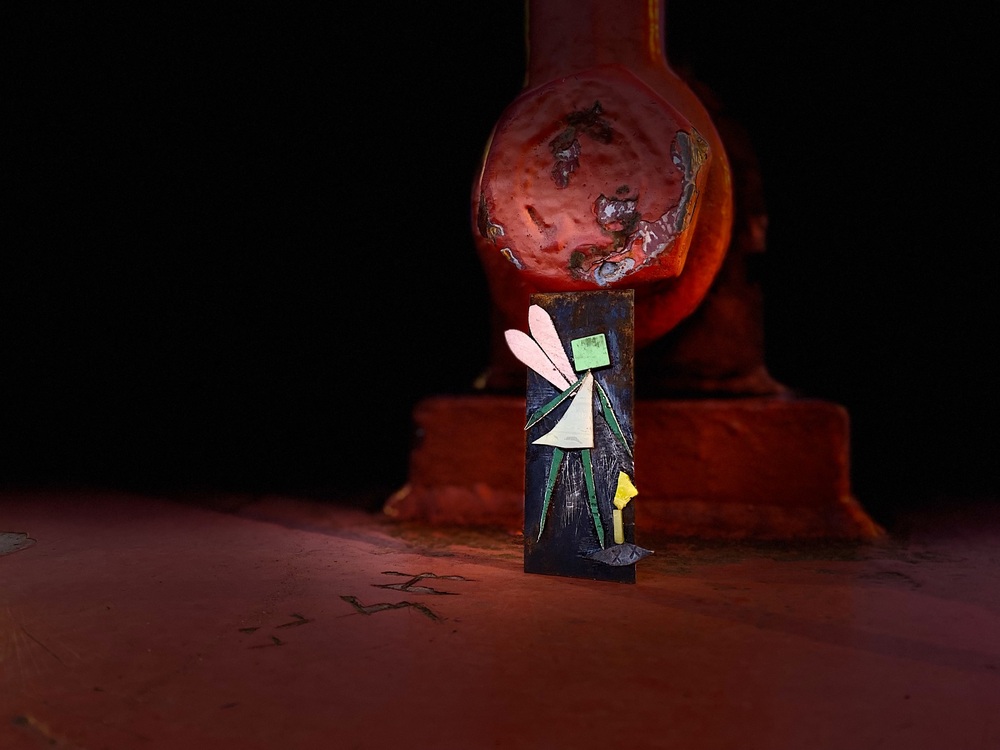 But all of it made me think. So why am I doing this? What's to gain?

My aim is to make more of these little fairy mosaics and give them to the streets, give them to women, create workshops for women and men to make. Use them to find opportunities to engage with men and have conversations. 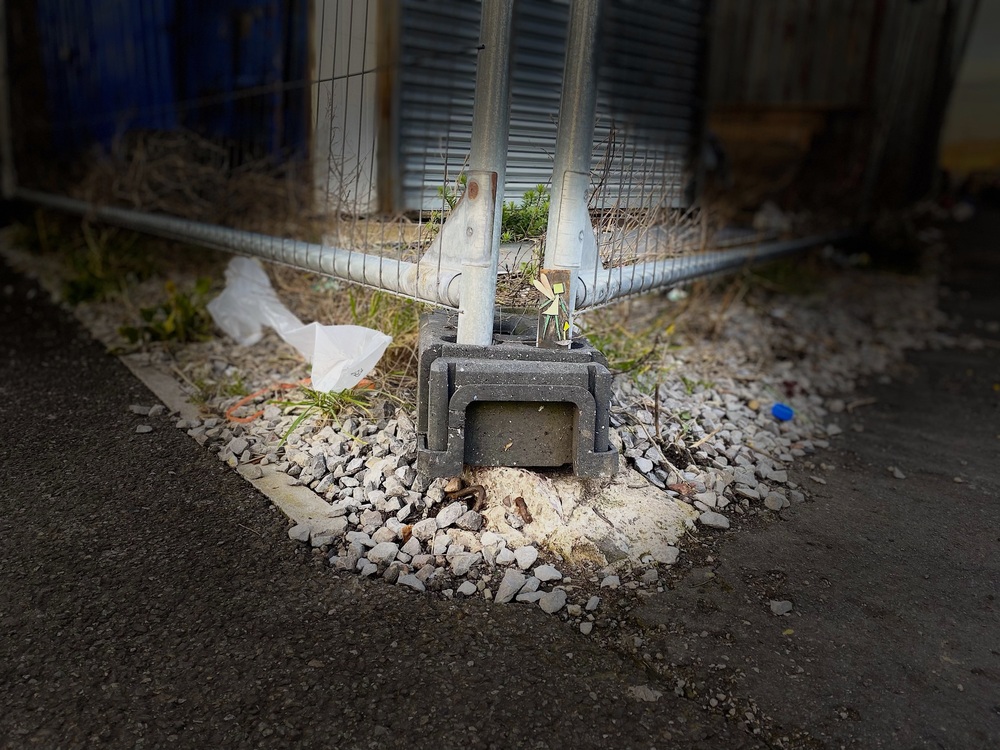 Some men I have spoken to, say ‘I don’t know any men to talk to about this, my friends are not abusive men’.  But to me that is missing the point. It’s about having conversations, about what has happening to women and what can they do to help out. What stories can be told of support that worked, as well as what didn't, it's a start? Its doing something, not just sitting doing nothing. 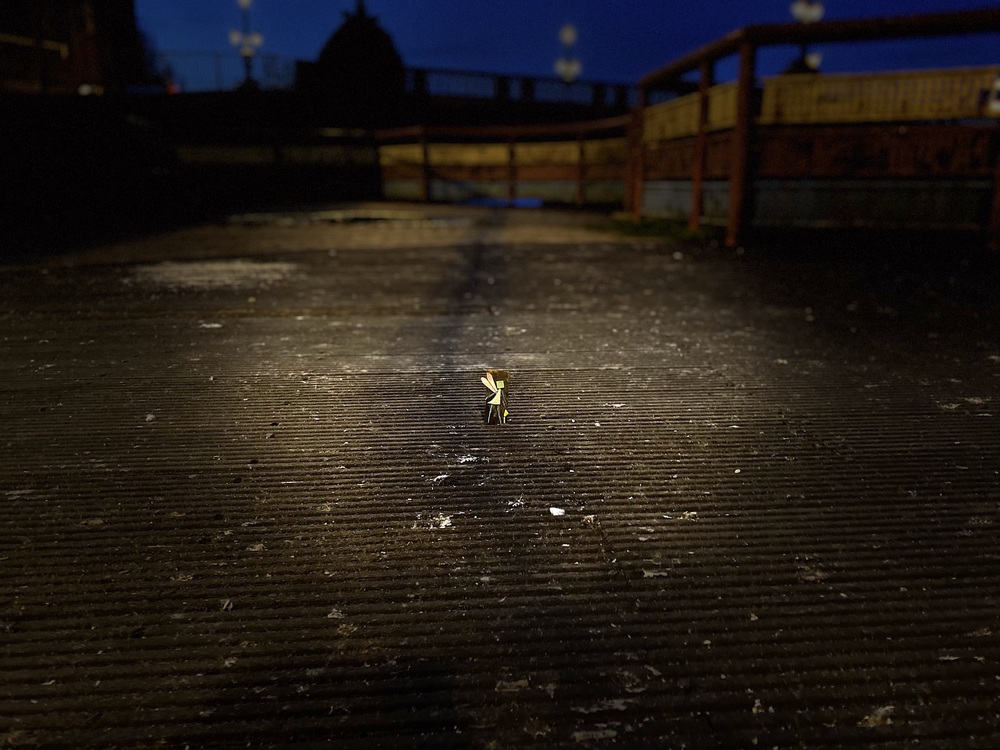 Just as an example of good men trying to make change in society. In 1907 a black pansy was used to represent the Men's League for Women's Suffrage and was part of the women's suffrage movement in the United Kingdom. An amazing organisation. but an organisation that was very underground by most members. As men were mocked in the pub, for example, if they were known about as being members. As a sub note and something i've always wondered - Is this where men got the derogatory term or nick name ‘panies’ from?, because they supported women?

That's not a great start, if that is a starting point. Toxic masculinity is a complicated subject with a complicated individual behind it. You don't have to be a psychologist to work that out, and i'm certaily not one.

There are many mens groups out there talking about toxic masulinity and male identity, MI.

Conversations are being had. But there are many more conversations, healing and truths to face for some men.

Since posting this blog on 16th March, that's 7 days ago. I have had an incredible responce. And I don't mean that in a good way. It is heartbreaking to hear the stories that have been shared with me, all manner of abuse and violation, that has happened in 'our' streets.

I have had 30 plus requests to be sent a #streetfairy so one can live on 'their' streets. Not just women from Newport, from Yorkshire to Berkshire, Cardiff to London, Warwickshire, Herefordshire, Avon, Monmouthshire and America.

Men wanting them for their wives and daughters.

All wishing me well on my campaign. 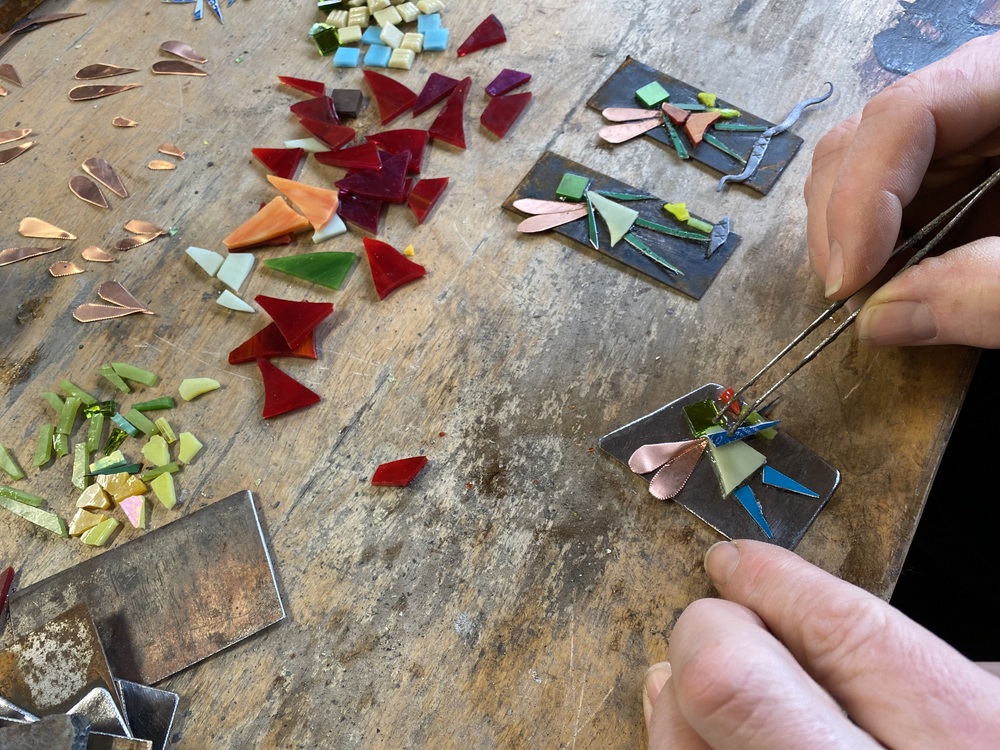 ...I made some faries. I photographed them in places I felt vunerable and unsafe and posted them on social media. But what women did next was their story, they took ownership.

"I think it will go some way to healing hurt, as well as raising awareness".

"I’d love one for the outside of the pub"

"it might make it easier to go to that space again"

'I think it's doing something to ease the pain already"

"I think its making it hurt again"

"Please can I have one, Steph. I know where I will place it. I’d like to make a donation to you so you can continue to make and distribute these little beings of hope and strength. 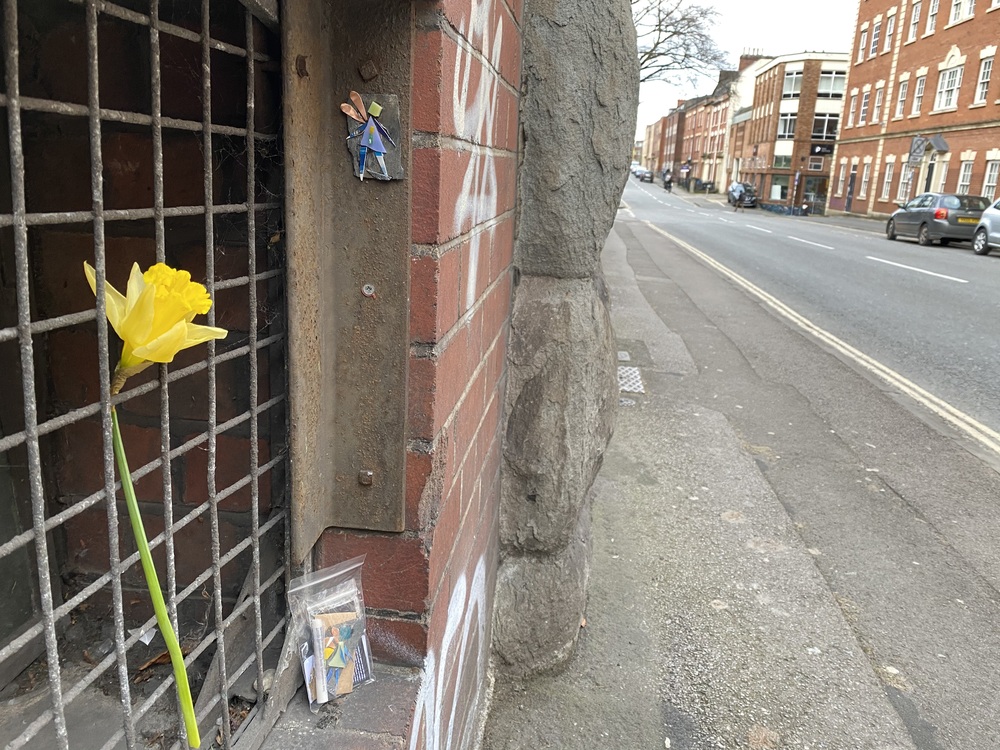 But not all have seen the positive in these posts. And this has created conversation. Maybe not the calmest of conversation but certainly very interesting.

"I made my pledge a very long time ago, and live it every day. I've also made another pledge a long time ago, to myself. To practice a zero tollerance towards radical feminism. It's chauvinism dressed in heels."

Needless to say the comment was challenged. Is this radical feminism or just a promotion for equality?

"I love how this thread shows the stark difference between people who are warm and kind with strong spines inside and those who are hard, defensive and spineless."

You might see a Street Fairy out on the streets, some may appear to be abandonded, but are actually to be found and re placed where you see fit.

Let me know if you find one.

Please contact me if you are intersted in receiving a Street Fairy  or attending a making session as soon as government guidlines allow.

Workshop will be held at Le Pub in April - booking will be required and social distancing will be practiced.

Sponsor a Street Fairy for £2.60  paypal.me/stephanieroberts361

The fairies are made from a combination of found materials and my mosaic practice waste materials, the cost covers additional materials and p&p. This is not for profit.

Give to charity - If you prefer to give to a charity that supports the vulnerable people in your area, this would be very much appreciated by the charity I'm sure.