Creating for a greater good - 'Say No to Whaling' 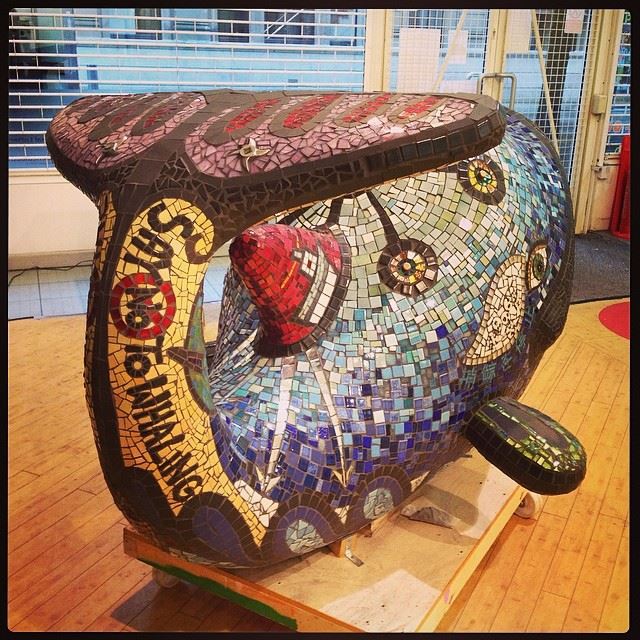 'Say No to Whaling' was a commissioned community mosaic project for the Big Splash summer festival in Newport. Inspired by abandoned fibreglass whale that had once belonged to the Newport Centre swimming baths 'Squirty the Whale' know to many.

The objective of the project were to involve the community to mosaic a pre drawn design inspired by the Greenpeace protest action, Save the Whale / Say No to Whaling. Social media lead the advertising campaign to up cycle the 2 metre sculpture, inviting friends, artists and community groups to become involved in bringing awareness to saving these endangered species.

The interest that this project created through social media allowed this project to reach mosaic artist friends from over the world, those I had met in Chile earlier that year at The 1st International Mosaic Intervention. Comments of support were  overwhelming with the desire to be involved with the project. 5 international mosaic artists came to Newport to help mosaic the whale.

Carrie Reichardt, London based political activist sent her trade mark printed tiles to be incorporated into the whales mouth. Se Van Weert traveled from Holland with hand made fused glass skull and cross bones to be incorporated.  Wendy Philips UK, created a delicate glass mosaic saying 'Say No to Whaling' in Japanese. Tamara Froud UK, and  Rachel Silver NZ, worked dedicatedly with Newport residents, artists and even a councillor popped in to join in the creativity to produce the final mosaic.

Local residents, children and adults made daily visits to The Project Space where 'Mosy' named by the public at the Big Splash, reached out to the public's imagination. Mosy reminded us of our responsibility to our environment and the importance of getting involved and spending time creating for the 'greater good'.

'Absolutely loved popping into the shop and seeing so many people actively engaging with The Whale Mosaic. It was really inspiring and the fact that Mosaic Artists came from Holland, New Zealand and London and engaged with the community here in Newport. I loved it. It was awesome.' Justin 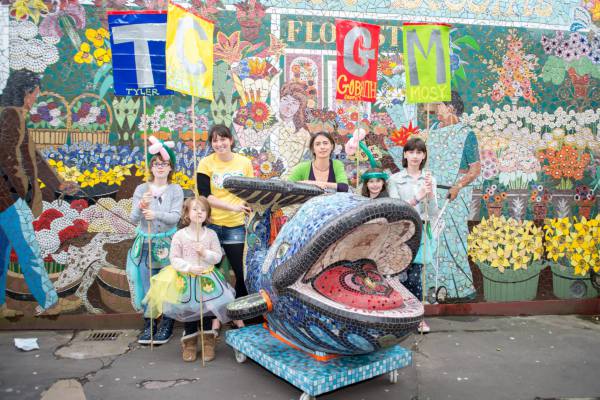 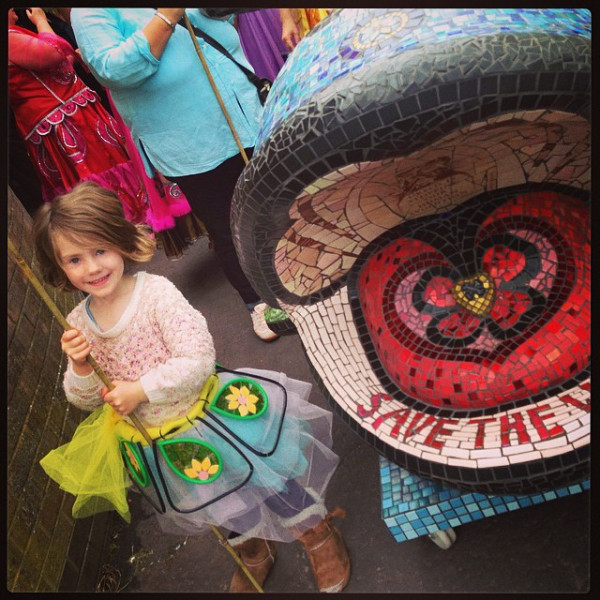 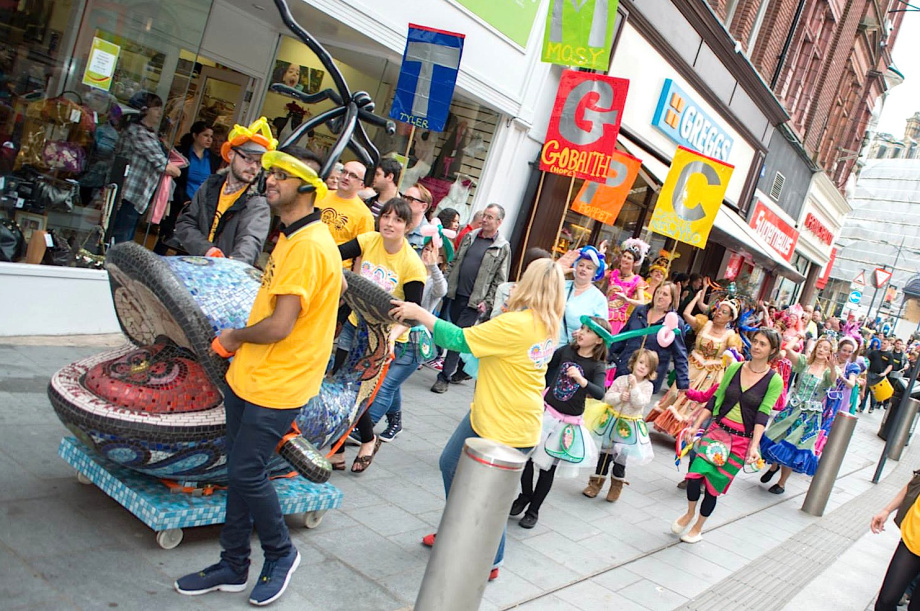 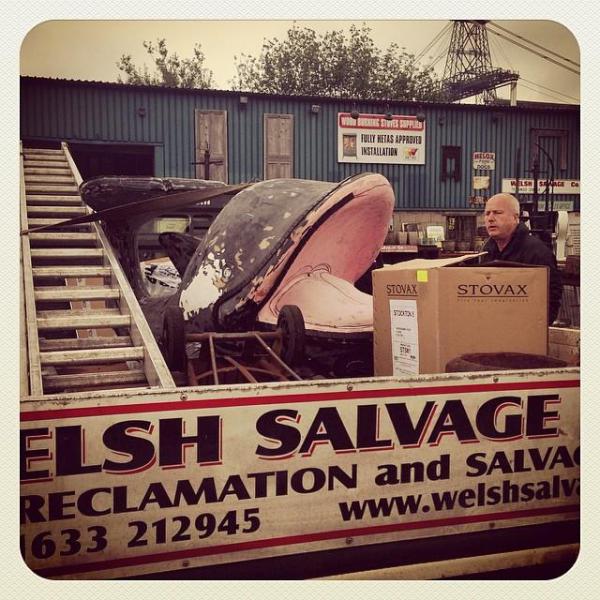 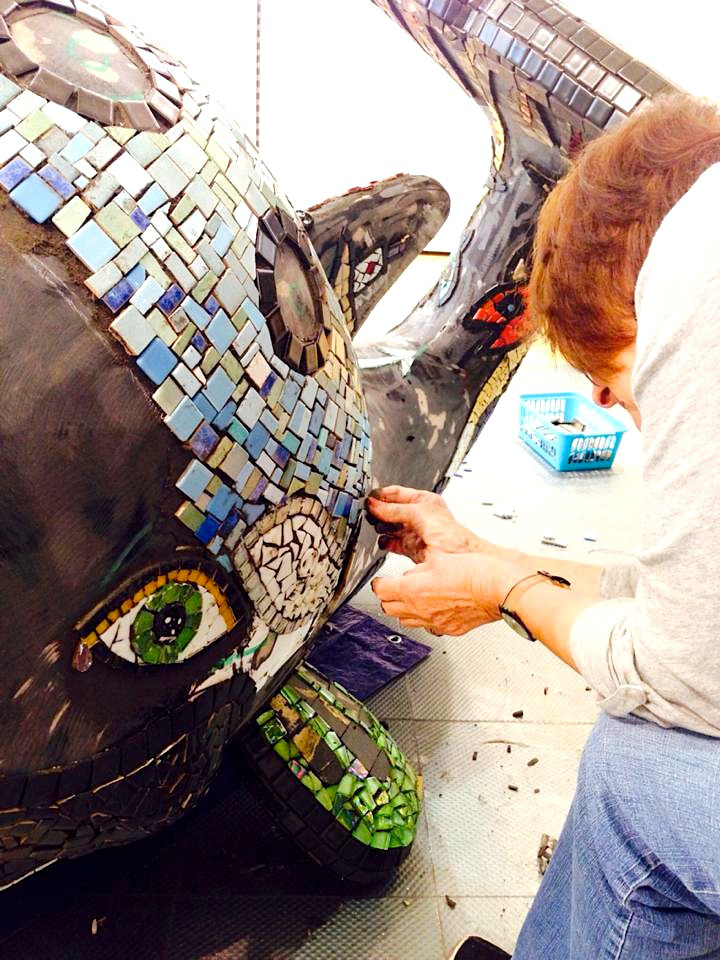 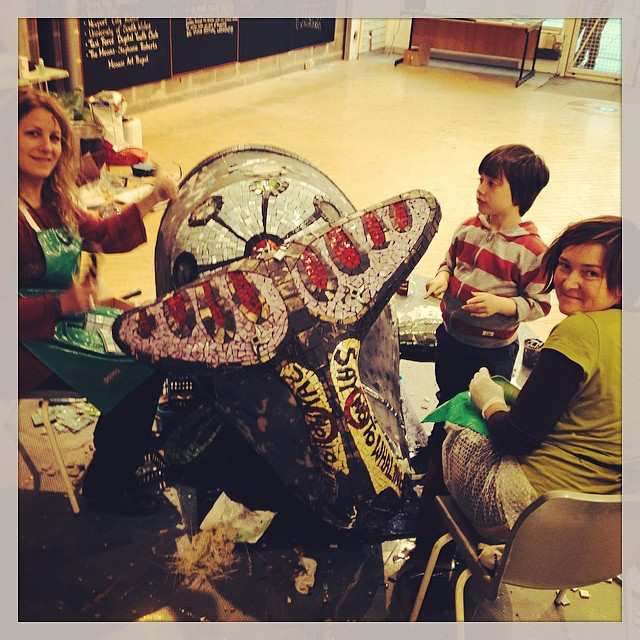 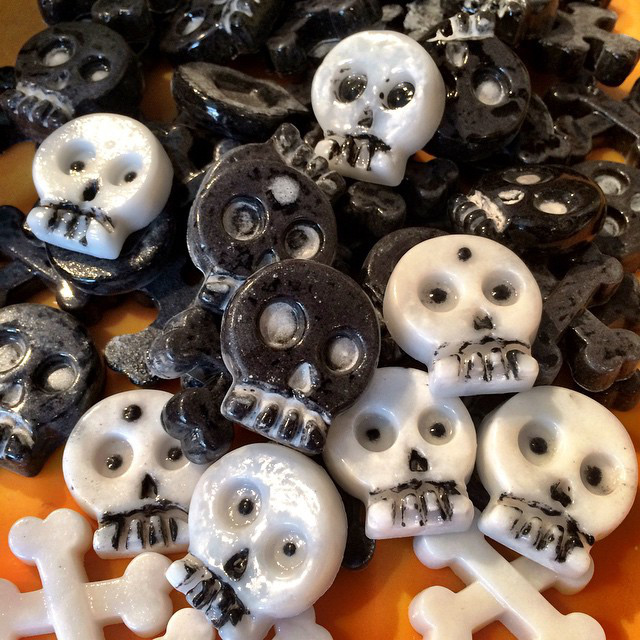 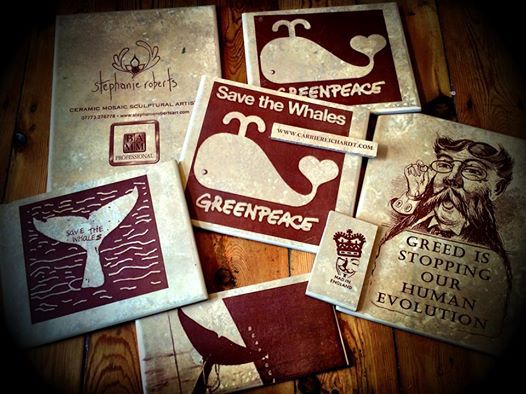 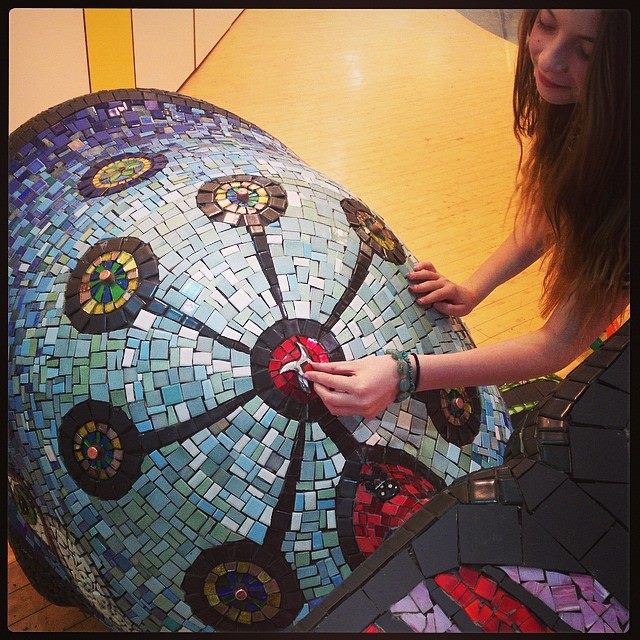 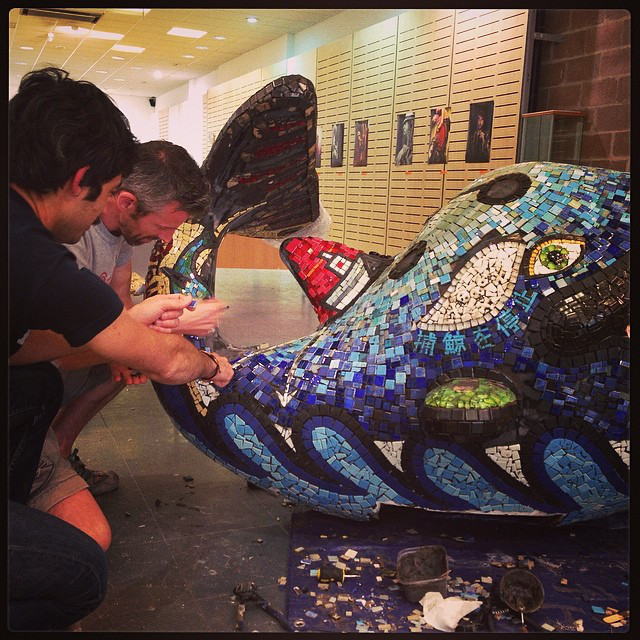 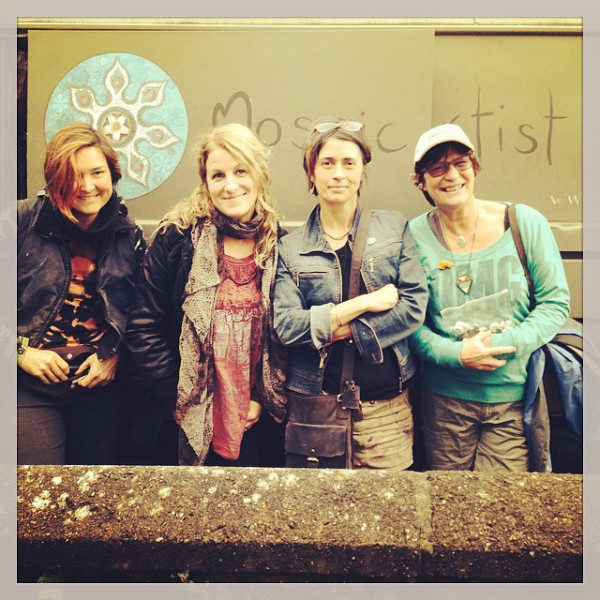