‘Then and Now’ an exhibition for Refugee Week 2015 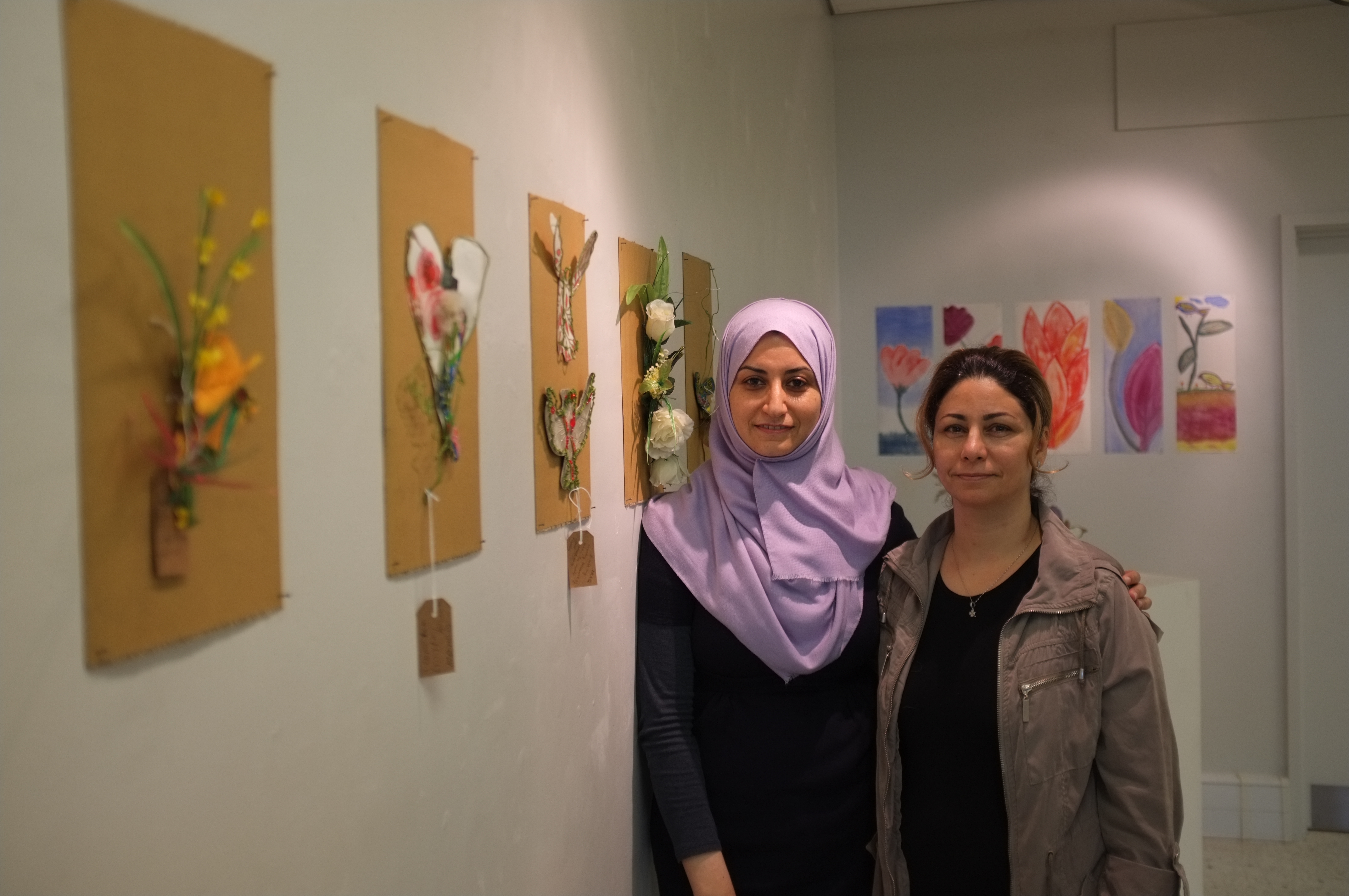 'Refugees and asylum seekers in Newport are using artwork, crafts and performance to help share their experiences of what it means to flee conflict or persecution and seek sanctuary in another country. Their work was exhibited at the Riverfront Theatre on Saturday 13 June as part of Refugee Week.

The ‘Then and Now’ exhibition and performances were directed and produced by artist Stephanie Roberts with Justin Cliffe of Tin Shed Theatre.  Artists Steven Jones and Marion Cheung also collaborated with groups of refugees and asylum seekers in Newport, including those supported by the British Red Cross refugee service and The Sanctuary Project at Bethel Church, to develop personal artwork based on the theme of ‘flight’.

Throughout May and June the Red Cross hosted two workshops at its Newport offices. Led by Stephanie Roberts and Marion Cheung, those taking part were shown how to share their experiences through creative engagement.

Stephanie explains: “'Then and Now' aims to develop people’s understanding of what it means to be a refugee and to try to tackle some of the common misconceptions of why people arrive here in Wales."

“During World War Two our own country suffered from the harsh reality that many face today. Children were estranged from their families, uprooted to live in unfamiliar conditions in order to evade the devastation of war. Today conflict continues to rip families apart and force people to flee their homes. We want to explore, recognise and contemplate the truth of this situation whilst looking towards a brighter and safer future.”

The artworks and performances took place in June are the result of individual stories depicting journeys from their ‘then’ situation to their ‘now’ circumstances. The moving and inspirational stories are told through poetry, live performances, shadow puppetry and art displays and explore the reality of leaving family, friends and homeland behind in order to find safety and sanctity in an unfamiliar country.

Visitors are invited to attend the free event and explore the unique art and stories made by the hands of those who need our solidarity.

Throughout Refugee Week the Welsh Refugees Council, in collaboration with the British Red Cross, Sanctuary and Communities First, were hosting a series of arts, cultural and educational events to celebrate the positive contributions refugees and asylum seekers bring to Wales. The Then and Now exhibition is funded by the Arts Council Wales and the Welsh Government.'

Fork in the Road with Benson Wereje was created to bring awareness to one mans personal experience with being a refugee in Uganda. Performed at the Millennium Theatre, Cardiff. His film was lent to Then and Now by Theatre Versus Oppression, the associate producers of Fork in the Road.www.theatreversusoppression.com 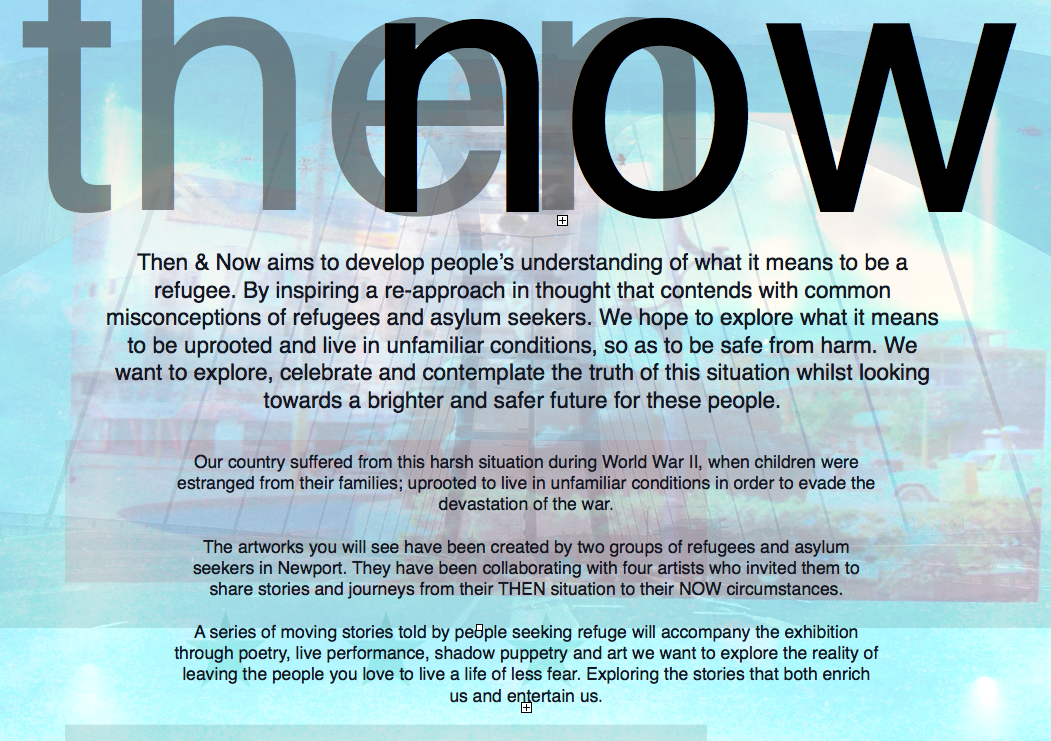 'Then and Now' - artistic statement 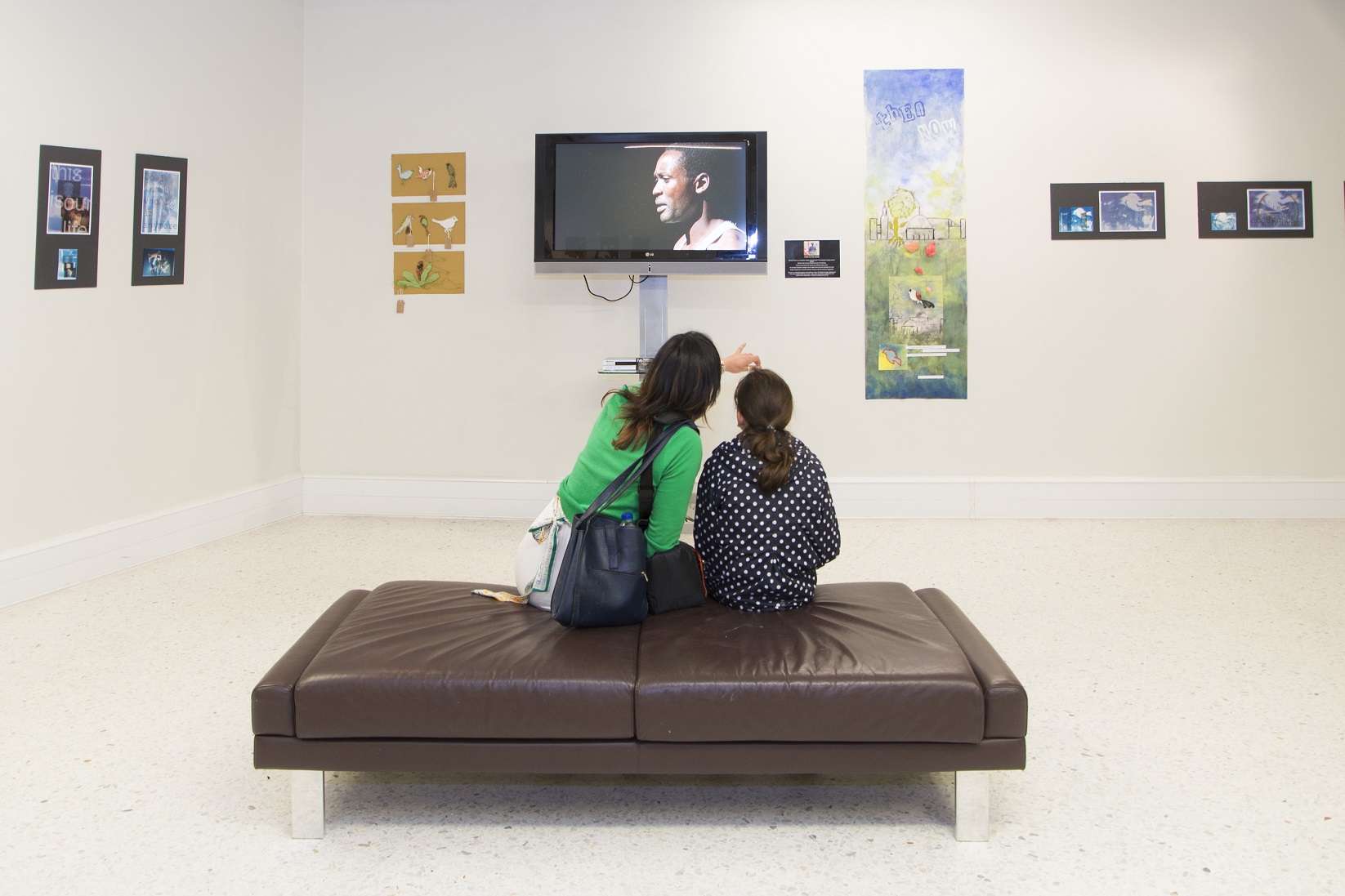 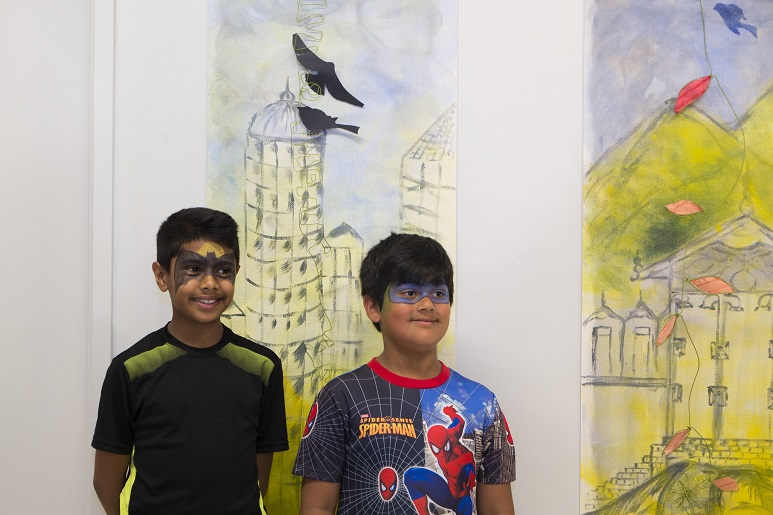 Two proud lads made the first two birds to adorn the artwork. 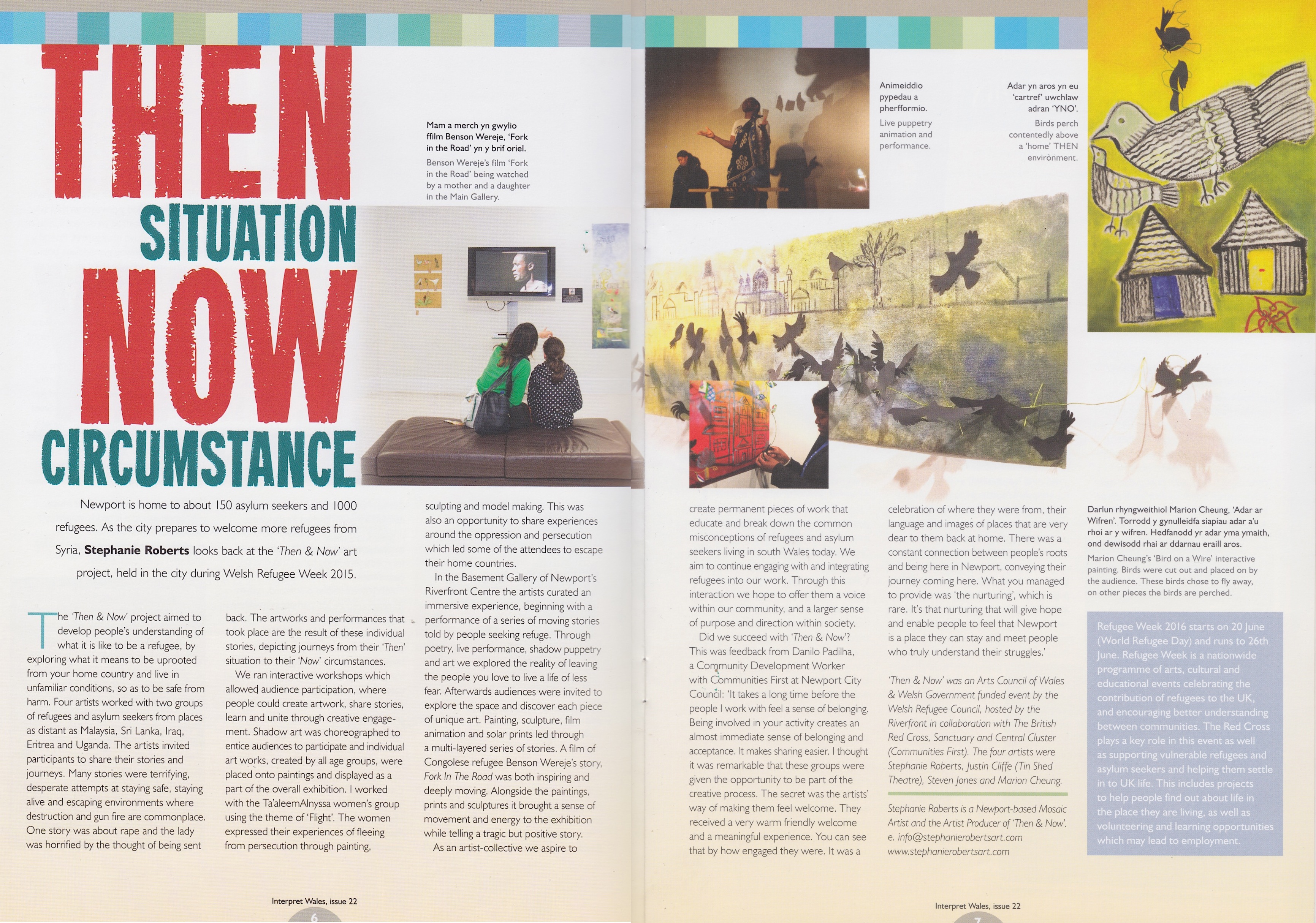 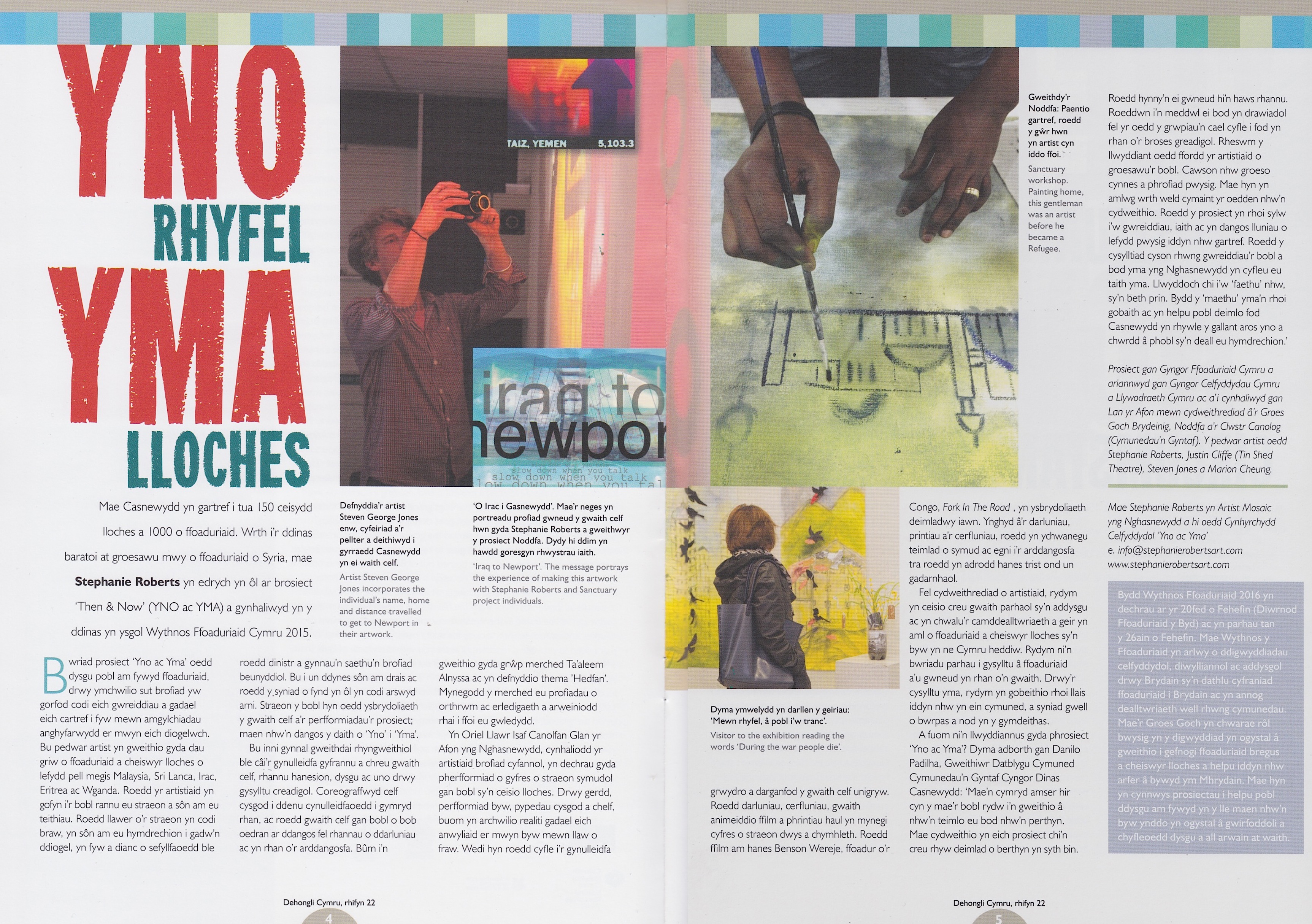 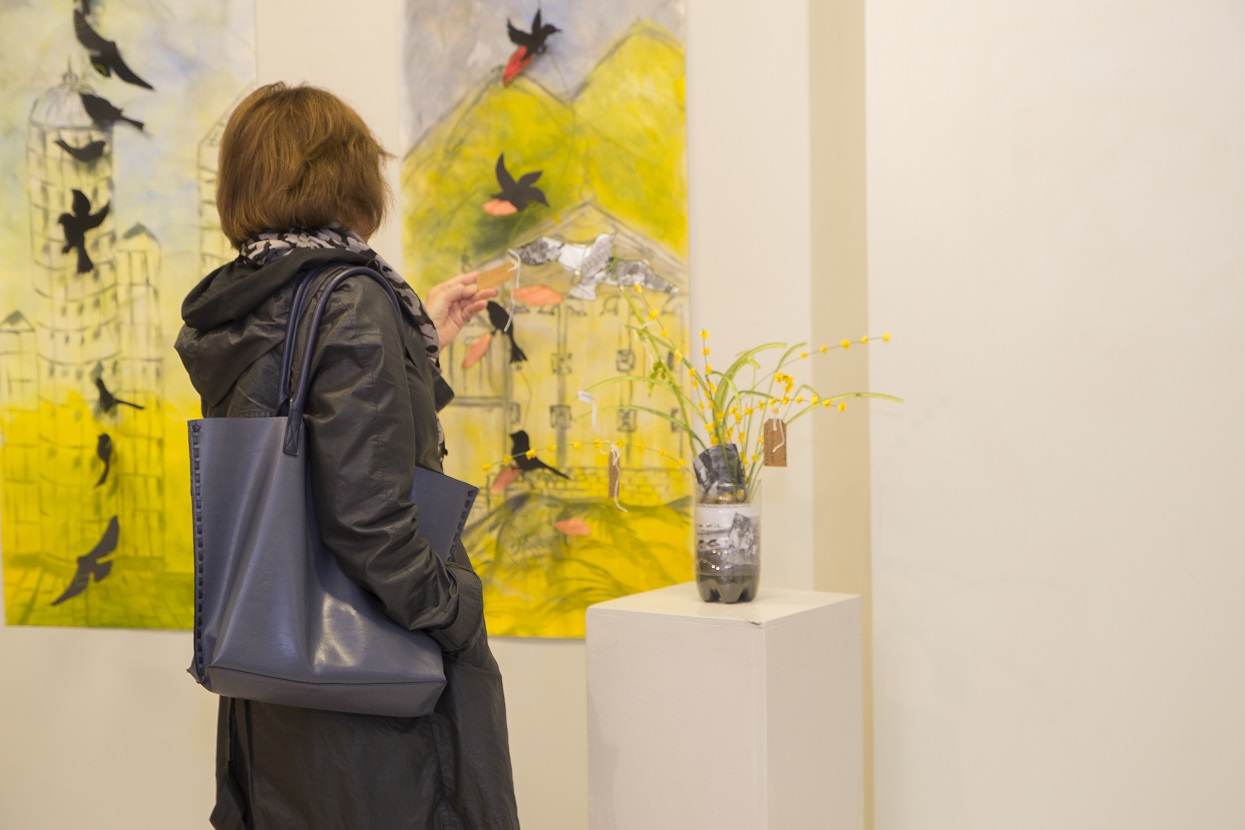 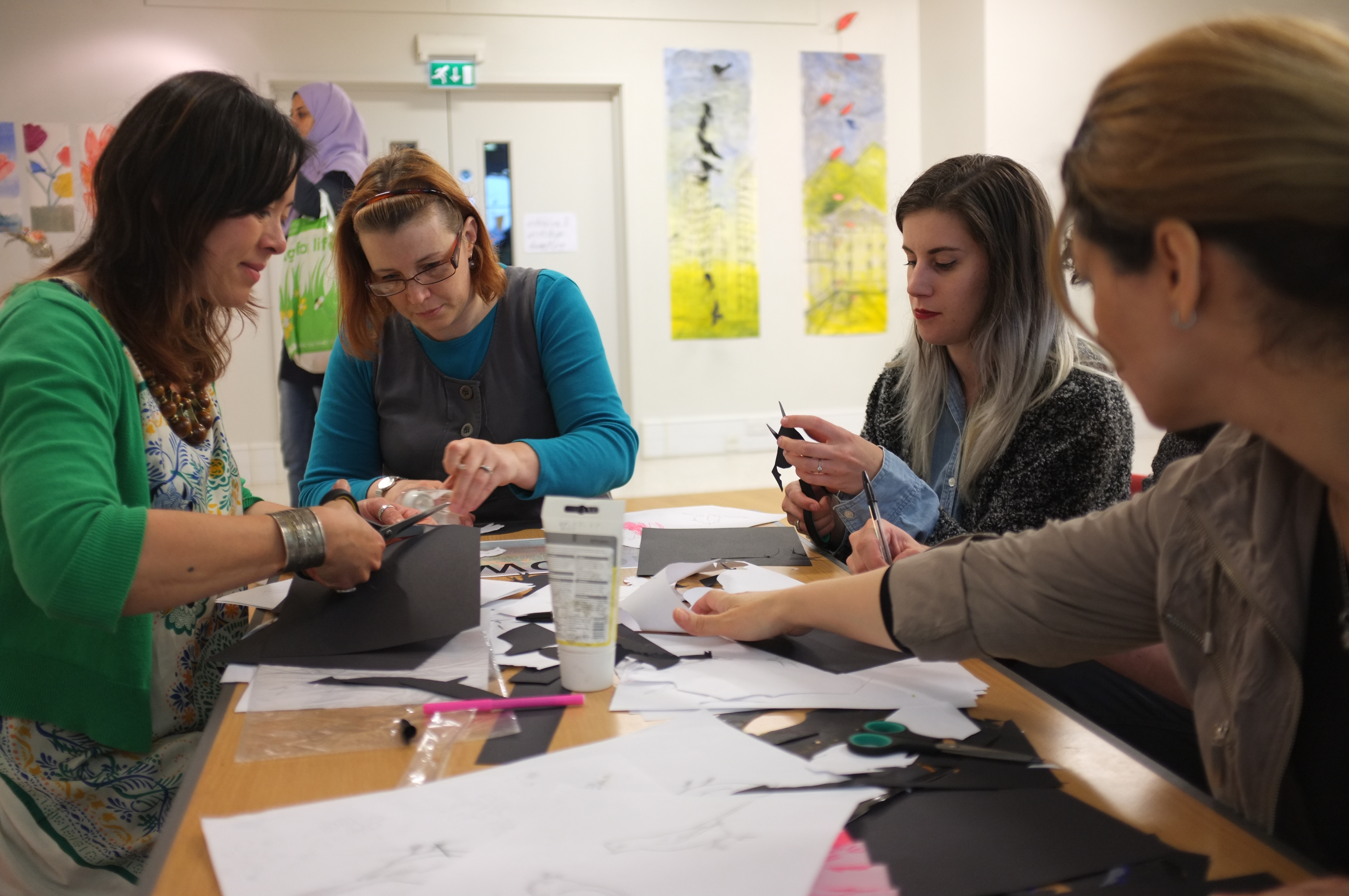 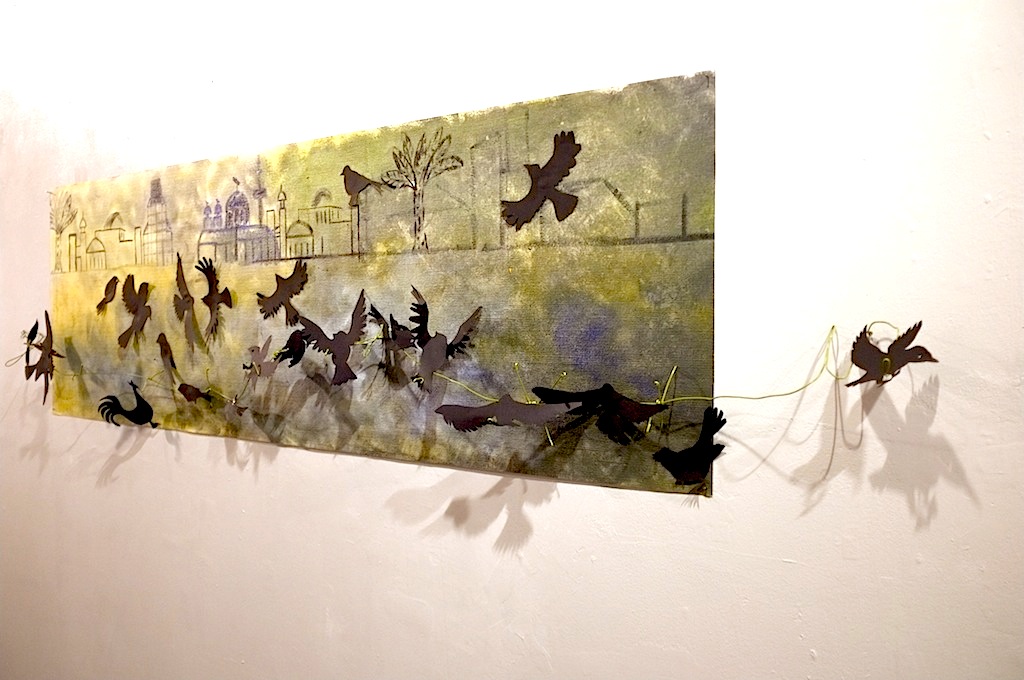 Artwork depicting the turbulence of past situations. 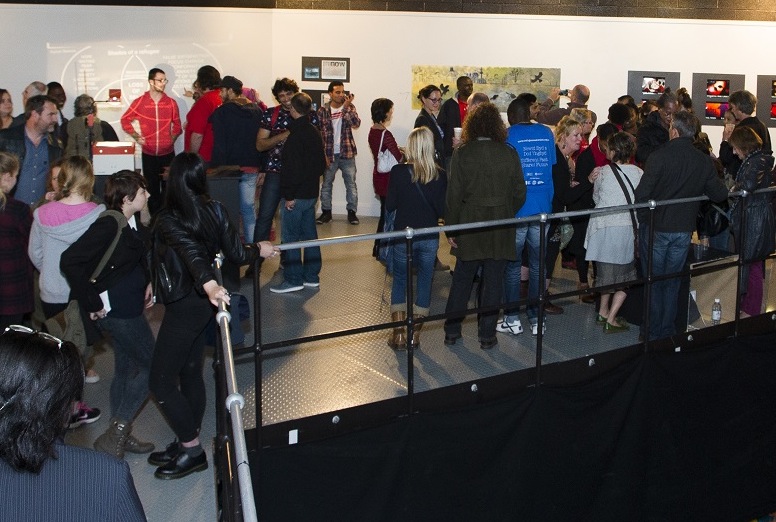 A fantastic turnout to watch and listen to the words and stories delivered by the Refugees and Asylum Seekers. 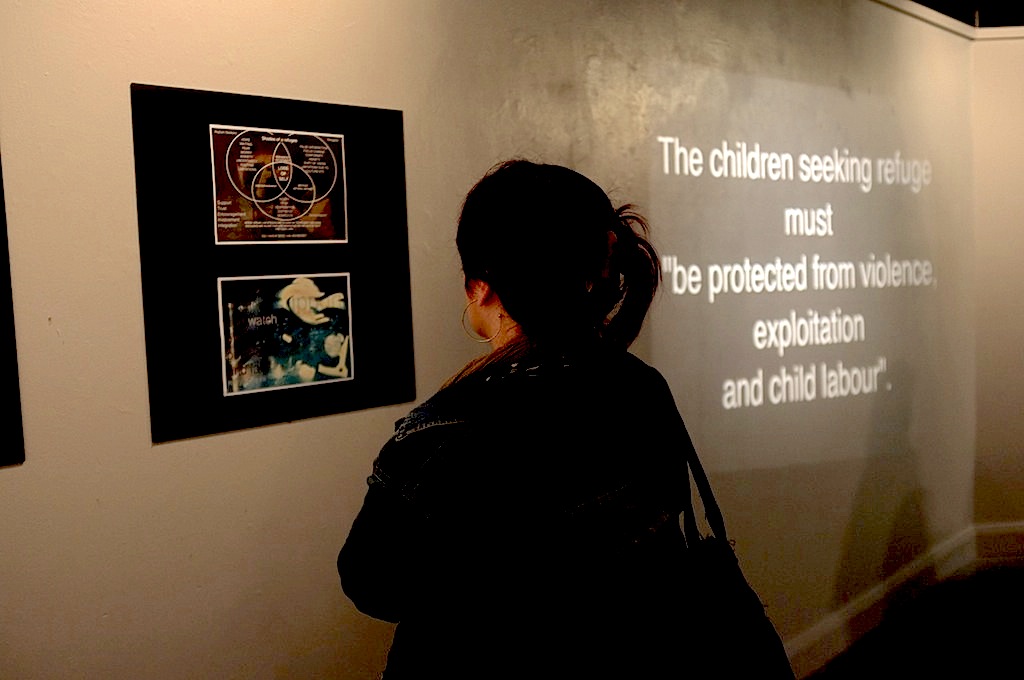 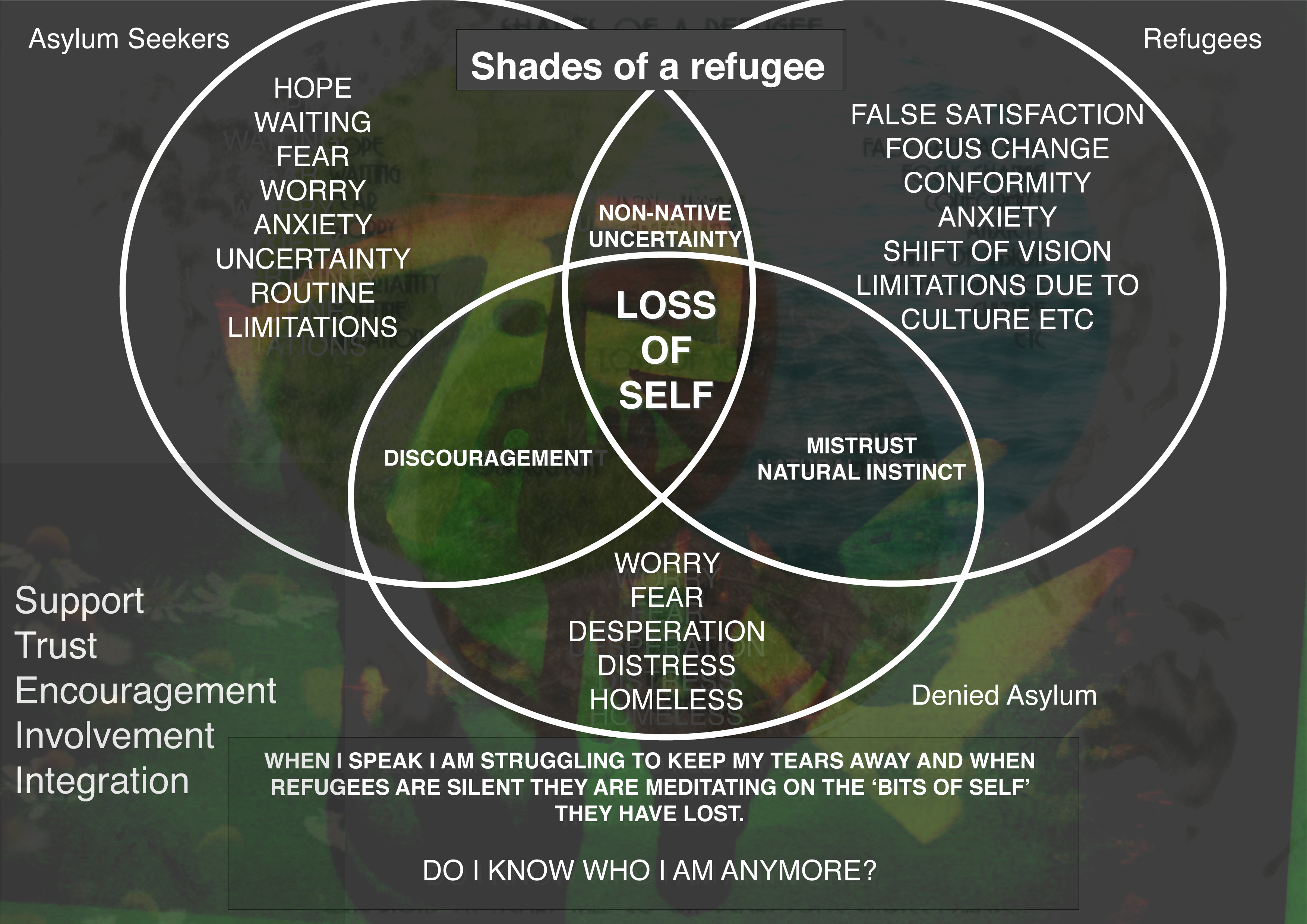 Shades of a Refugee described by an asylum seeker brought awareness to the fears they face daily. 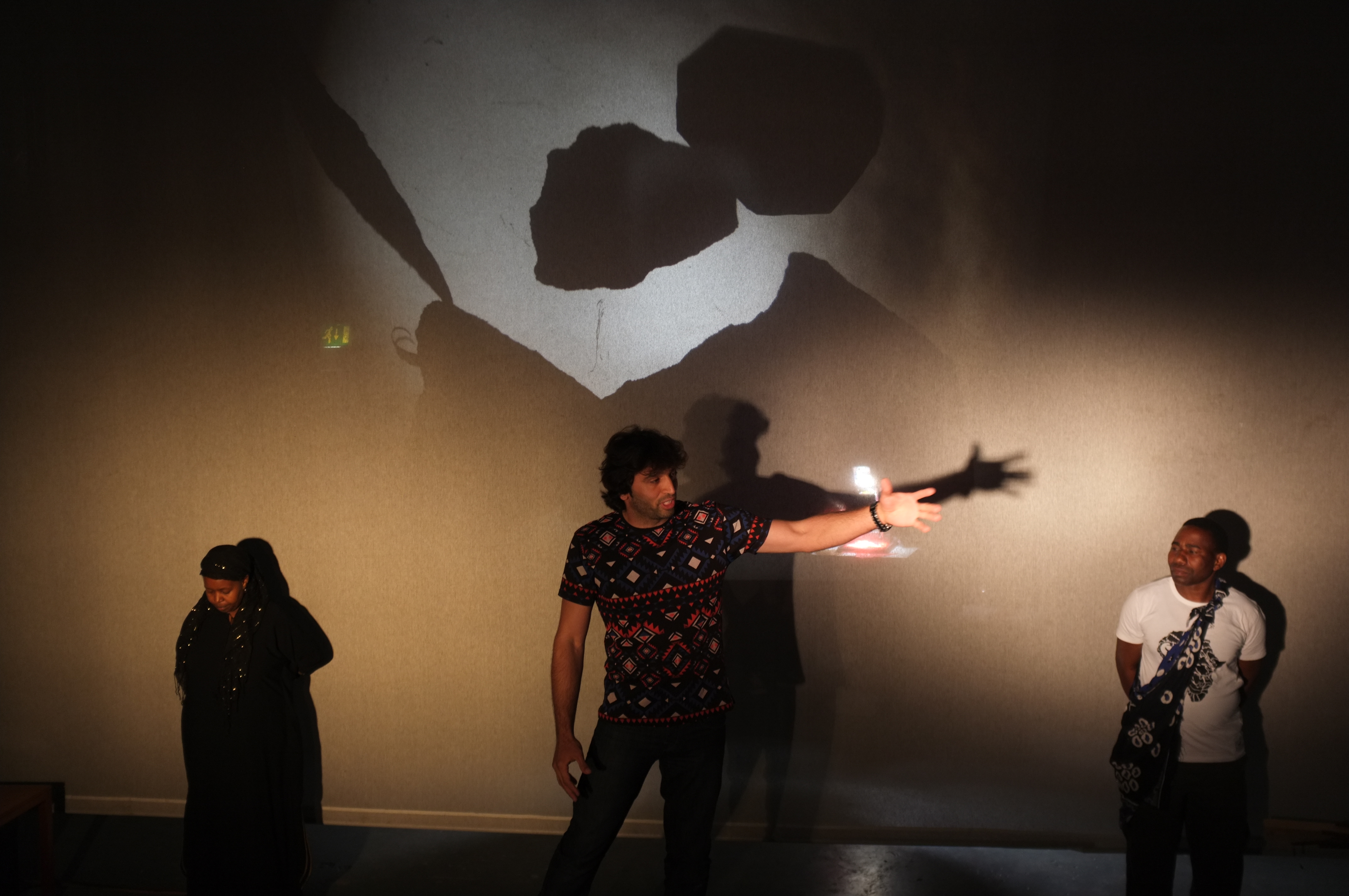 Performances by participants of The Sanctuary Project deliver stories to the audience. 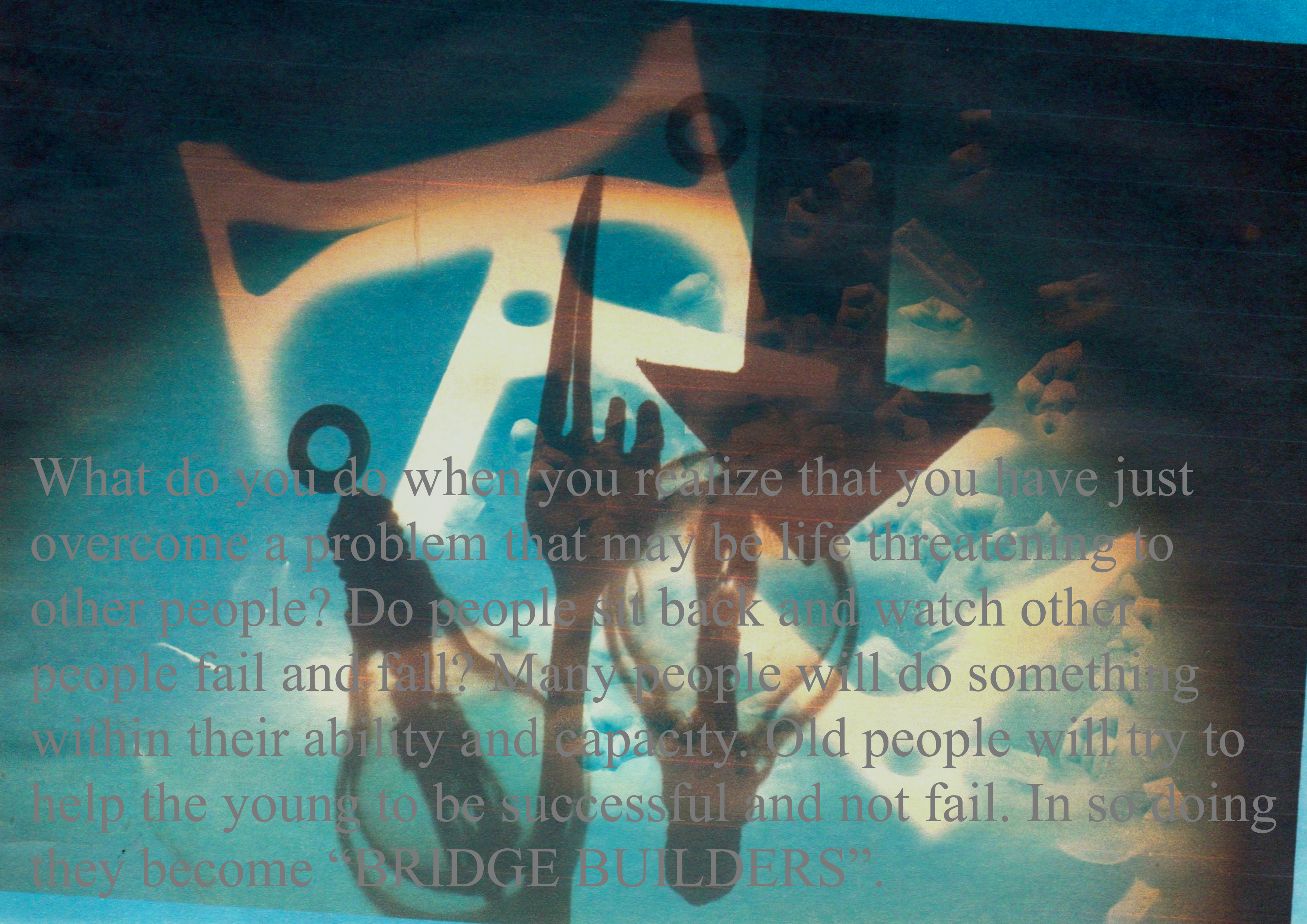 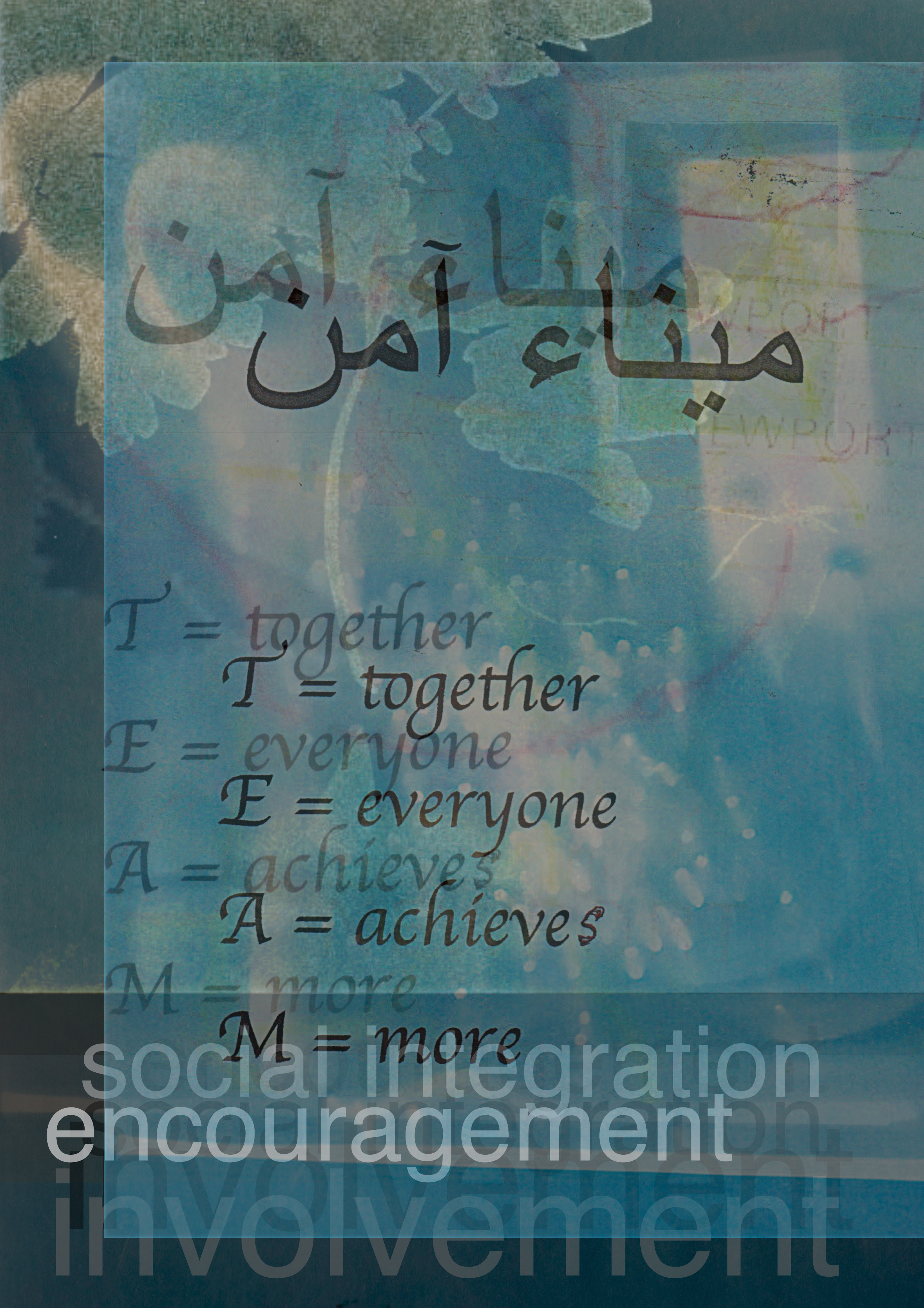 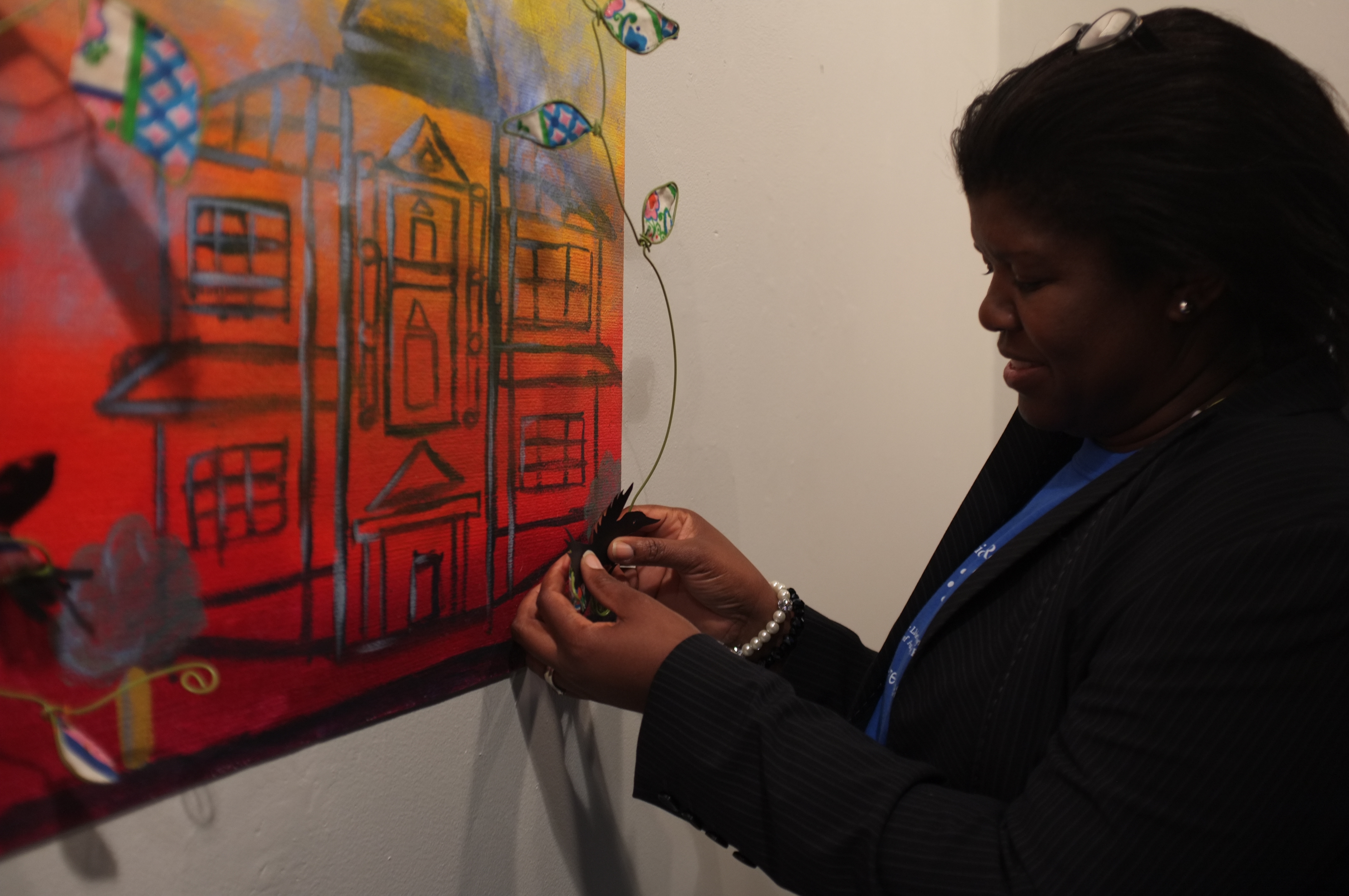 Over 100 birds were created and added to the artwork that day. Each bird represented a compassion and willingness to understand the difficulties faced by these individuals. 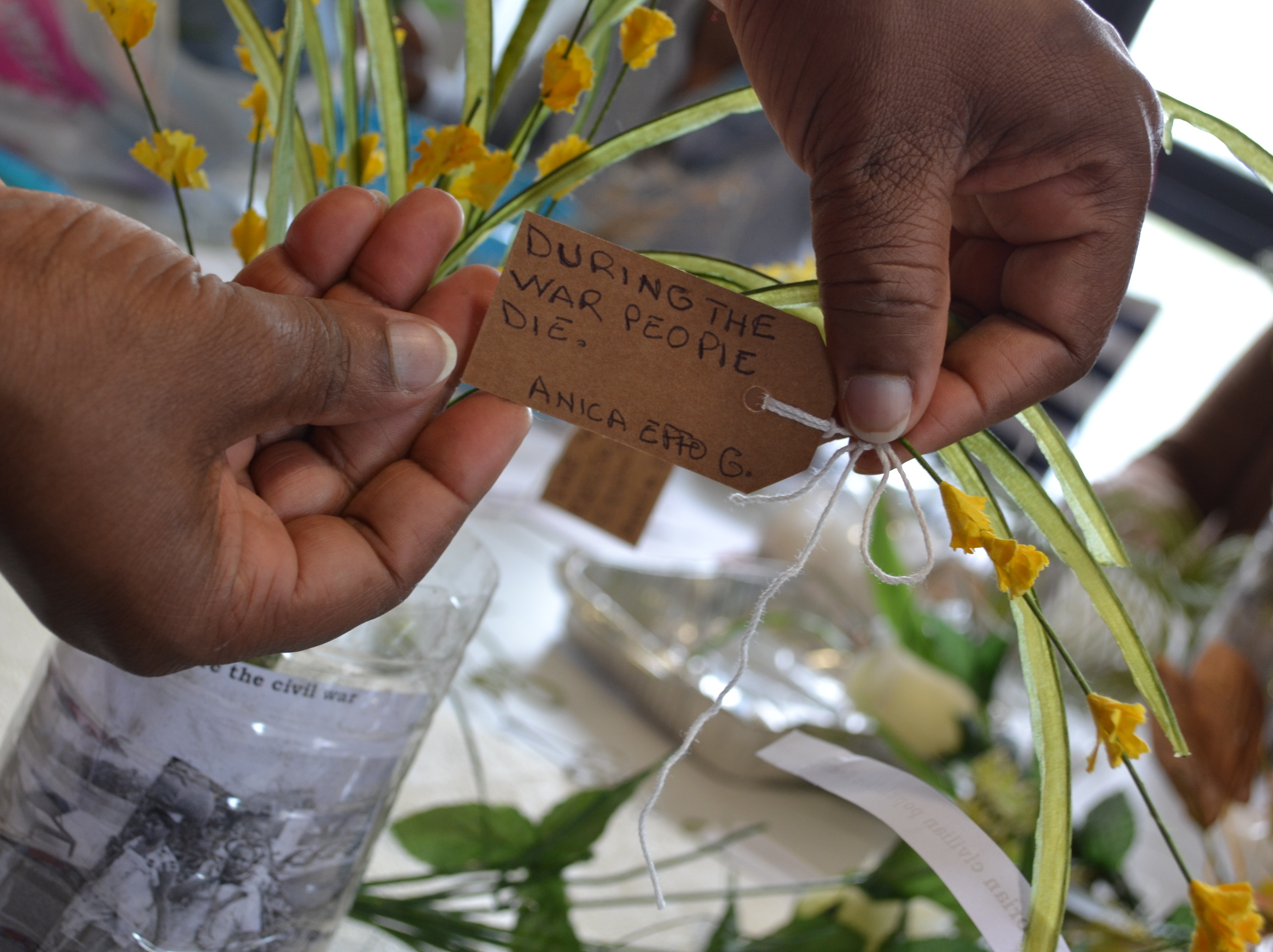 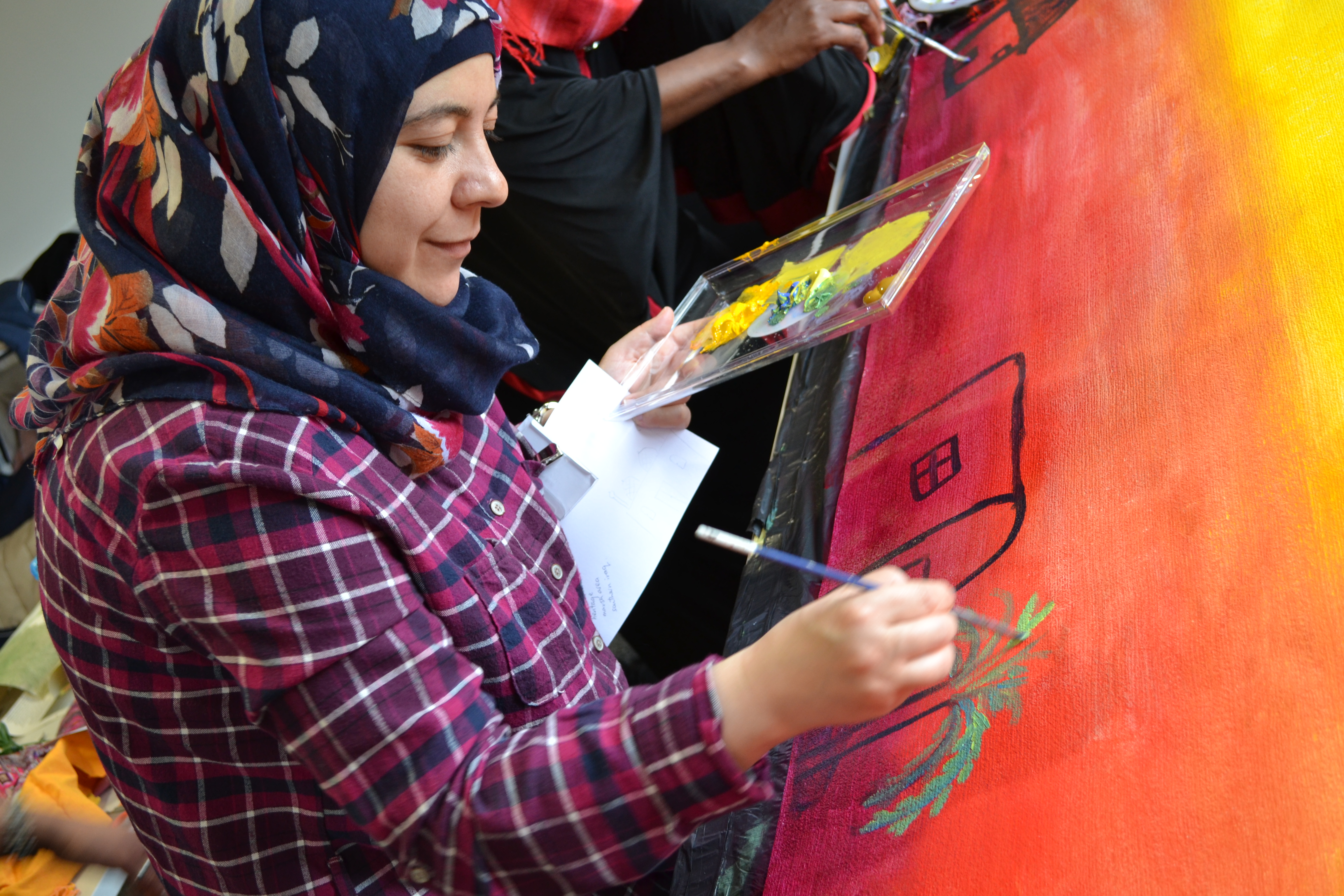 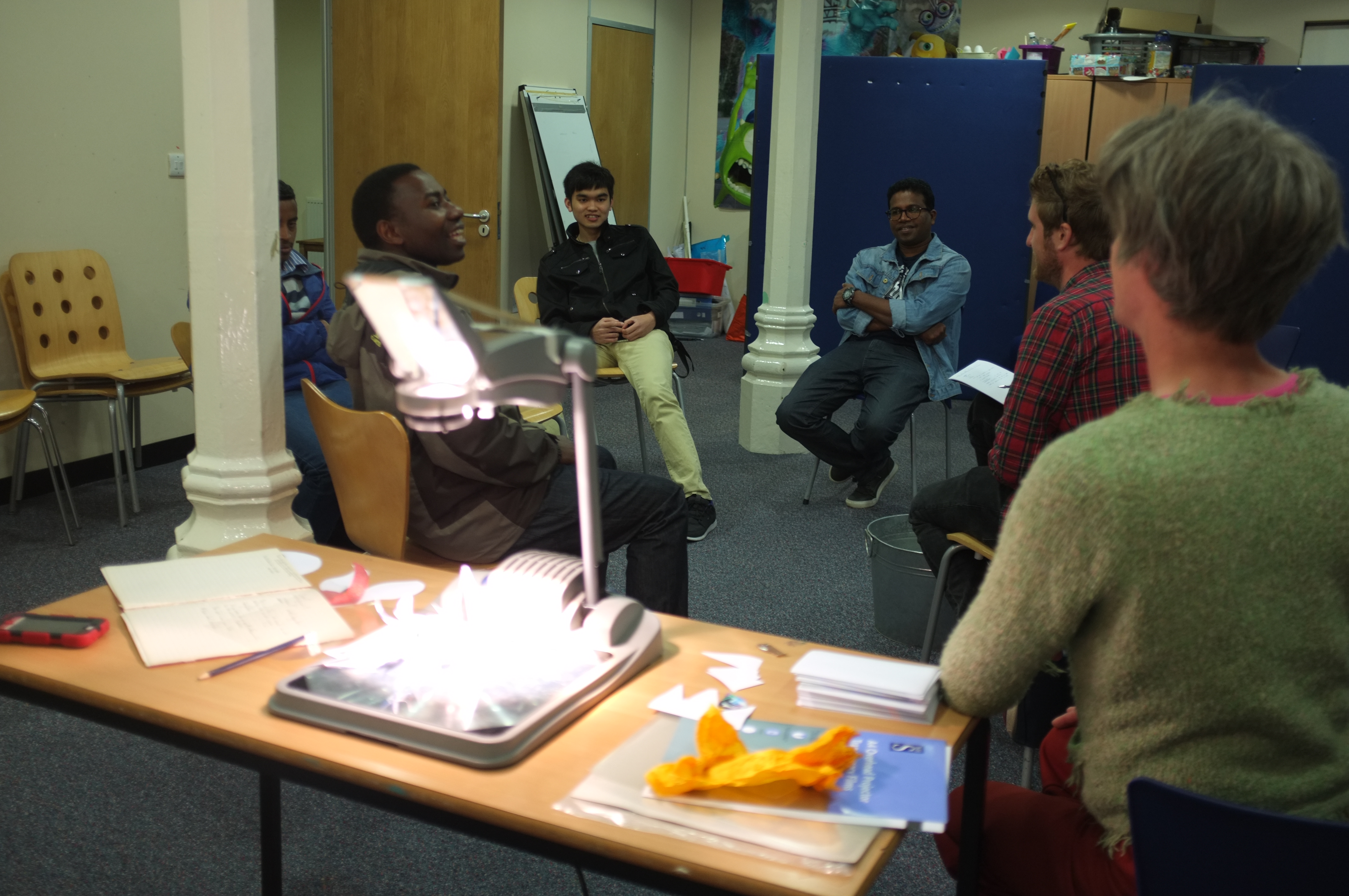 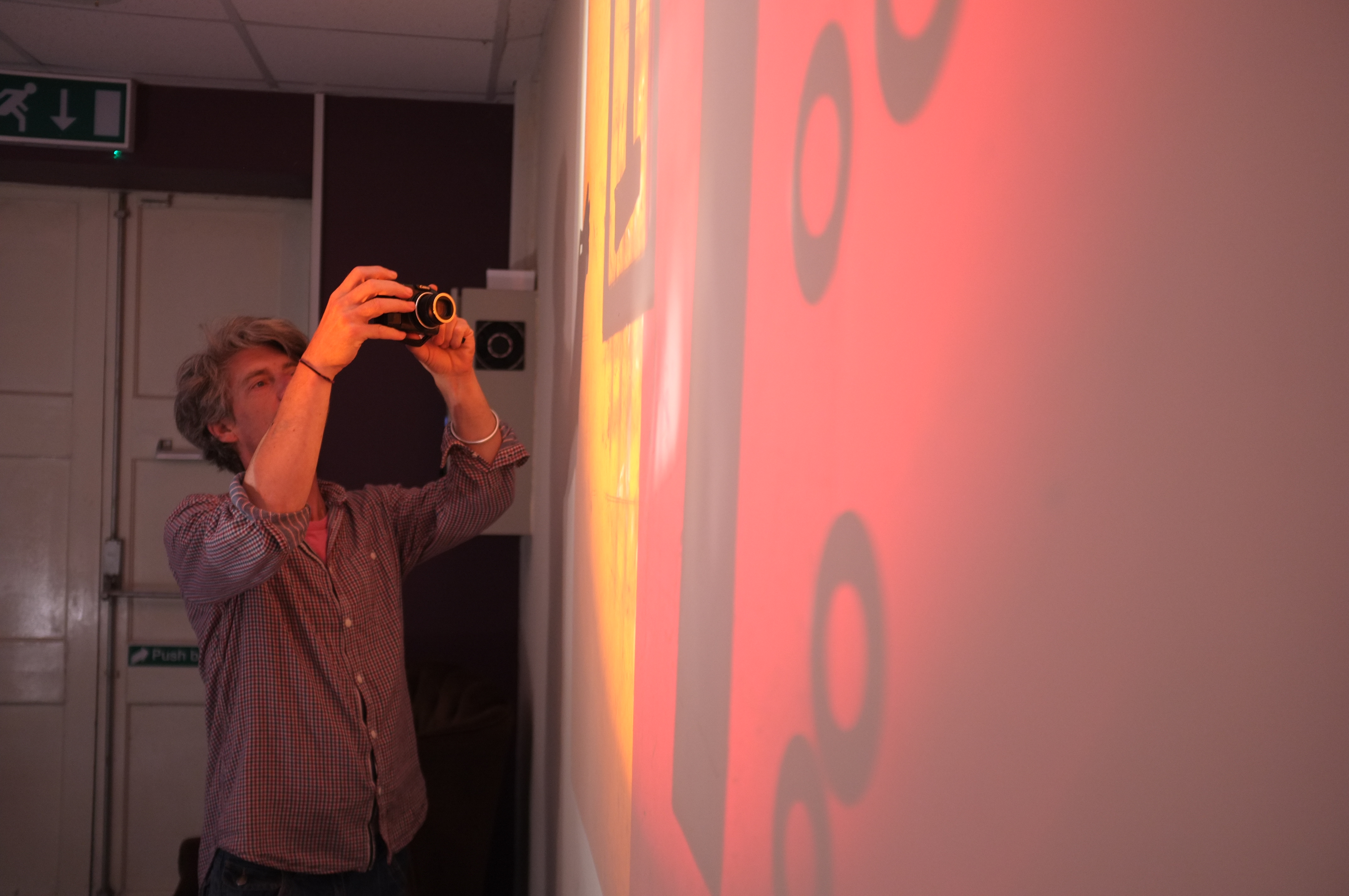 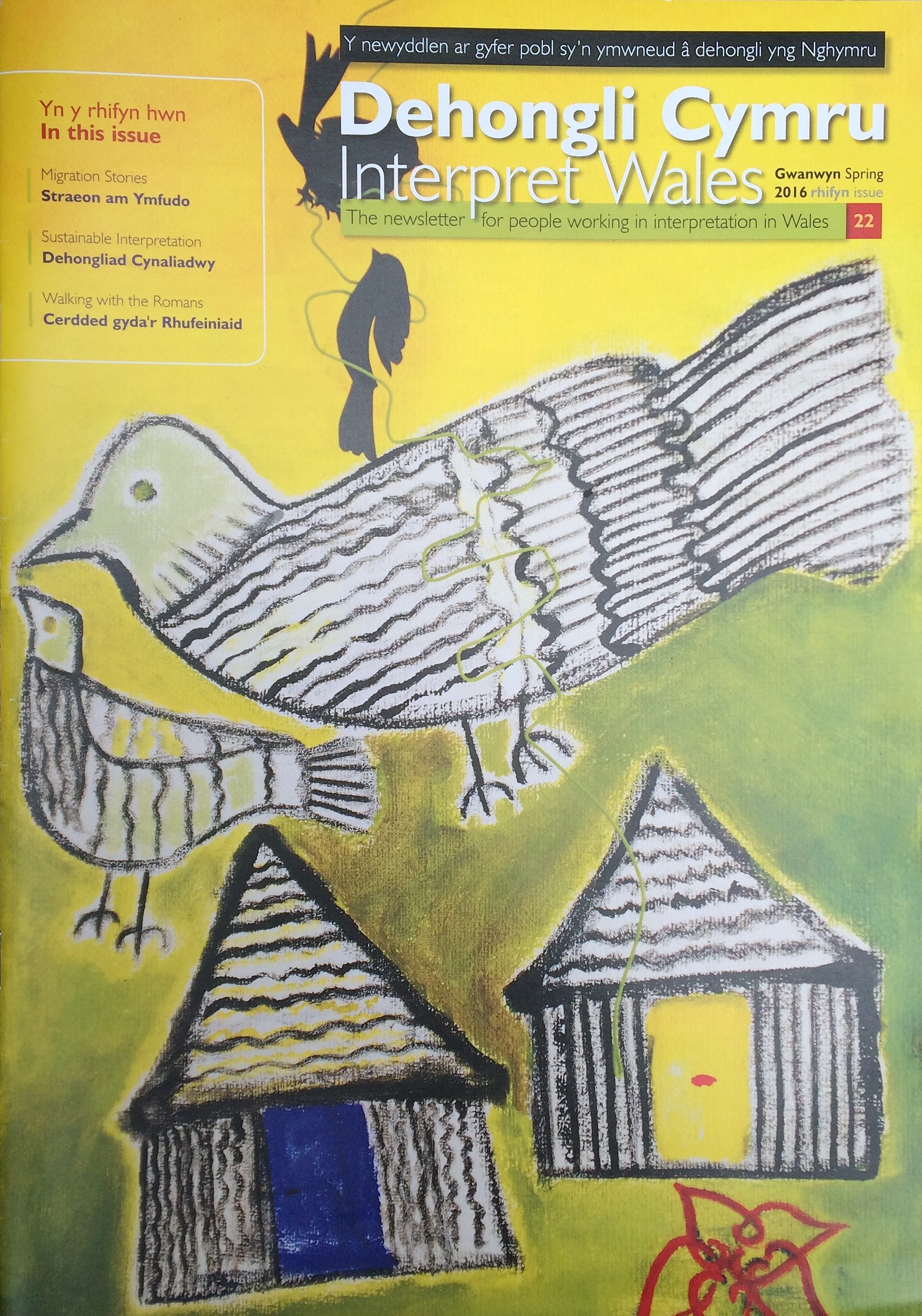