/ˈhɪərəʊ/ - Hero - a little deeper into the artwork 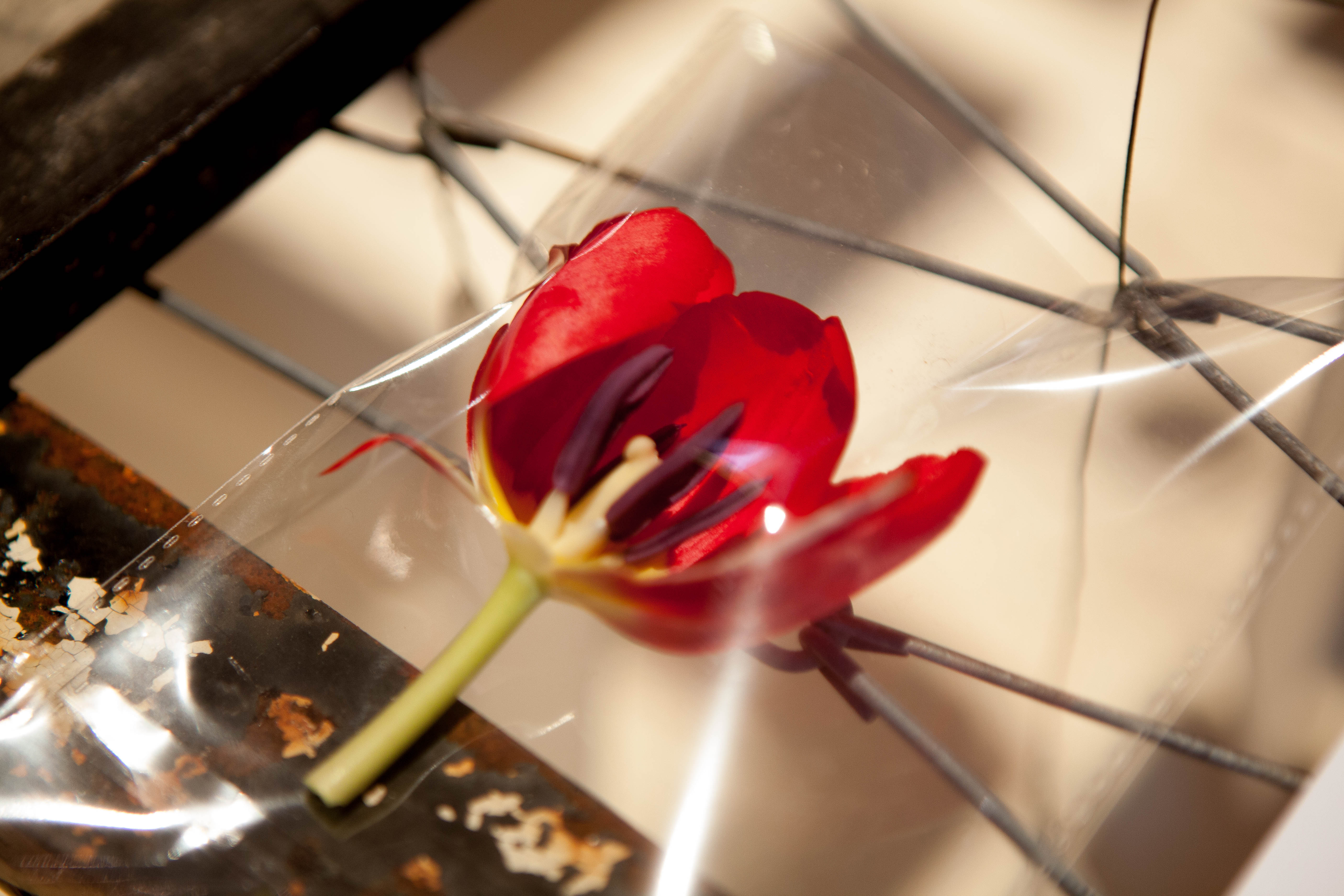 A person who is admired for courage, outstanding achievements, or noble qualities.

Hero was a responsive artwork created from a commissioned brief 'Who are the unsung hero's of our city?'.

'Beneath The Surface', the exhibiton title, seeks to initiate debate and dialogue - How do Artists connect and correspond with the City in which we live?

As I thought about these words I goggled Hero and the first hit was Blood Donation.

This installation explores 2 stories that are inspired by contrasting acts of heroism within Newport, with a connecting message.

In 1909 an adolescent man called Tom 'Toya' Lewis, saved a life of a dock worker in a courageous act of heroism in the docks disaster. Many men lost their lives and one of the reasons was a lack of blood to amputee victims.

As I investigated this tragic story it lead me to explore todays 'walking' heroes within the city. The top hit on a search engine was Blood Donation. The path was set and I became a donor. While giving blood for the first time I was able to engage with local residents to research, why people decided to protect the welfare of others, by giving blood? 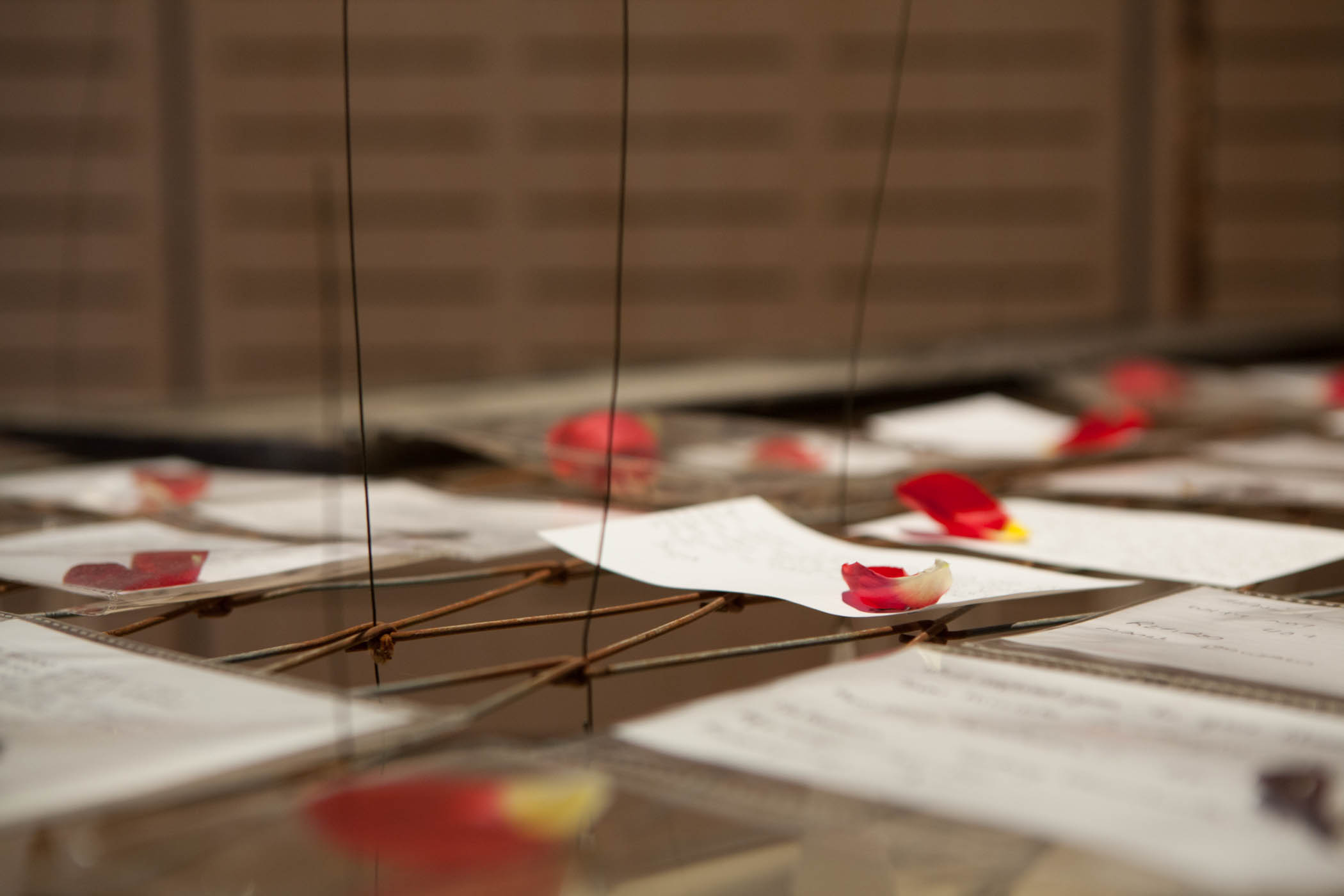 As people shared their reasonings for giving blood, some tragic stories and some just because they were able, I exchanged a red rose or tulip for their sharing. These became the information of the installation. 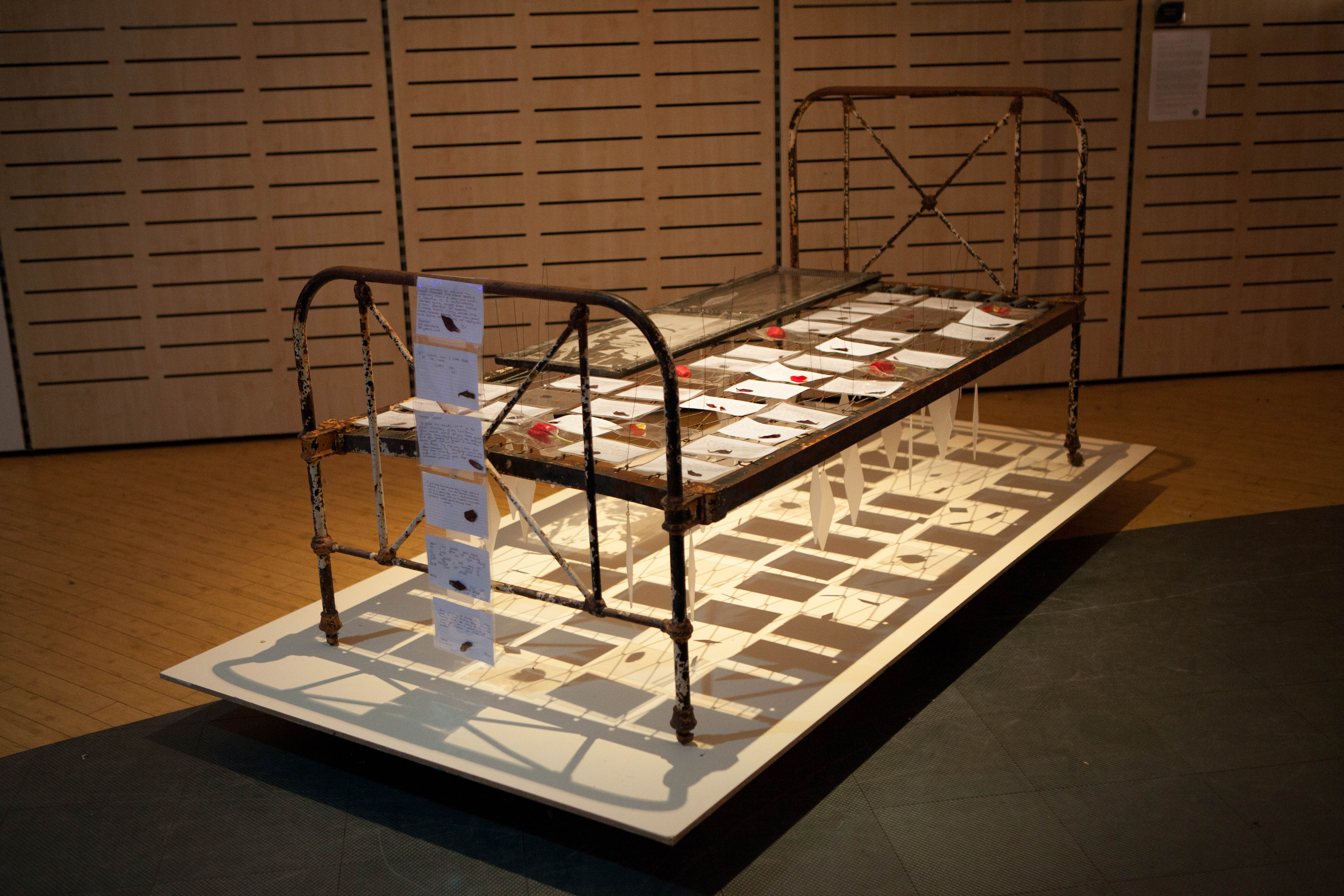 The bed depicts the place between life and death, beneath the bed the water would rise and the dockers would drown and above they lay on the hospital bed hoping that the blood in their bodies was enough to keep them alive. 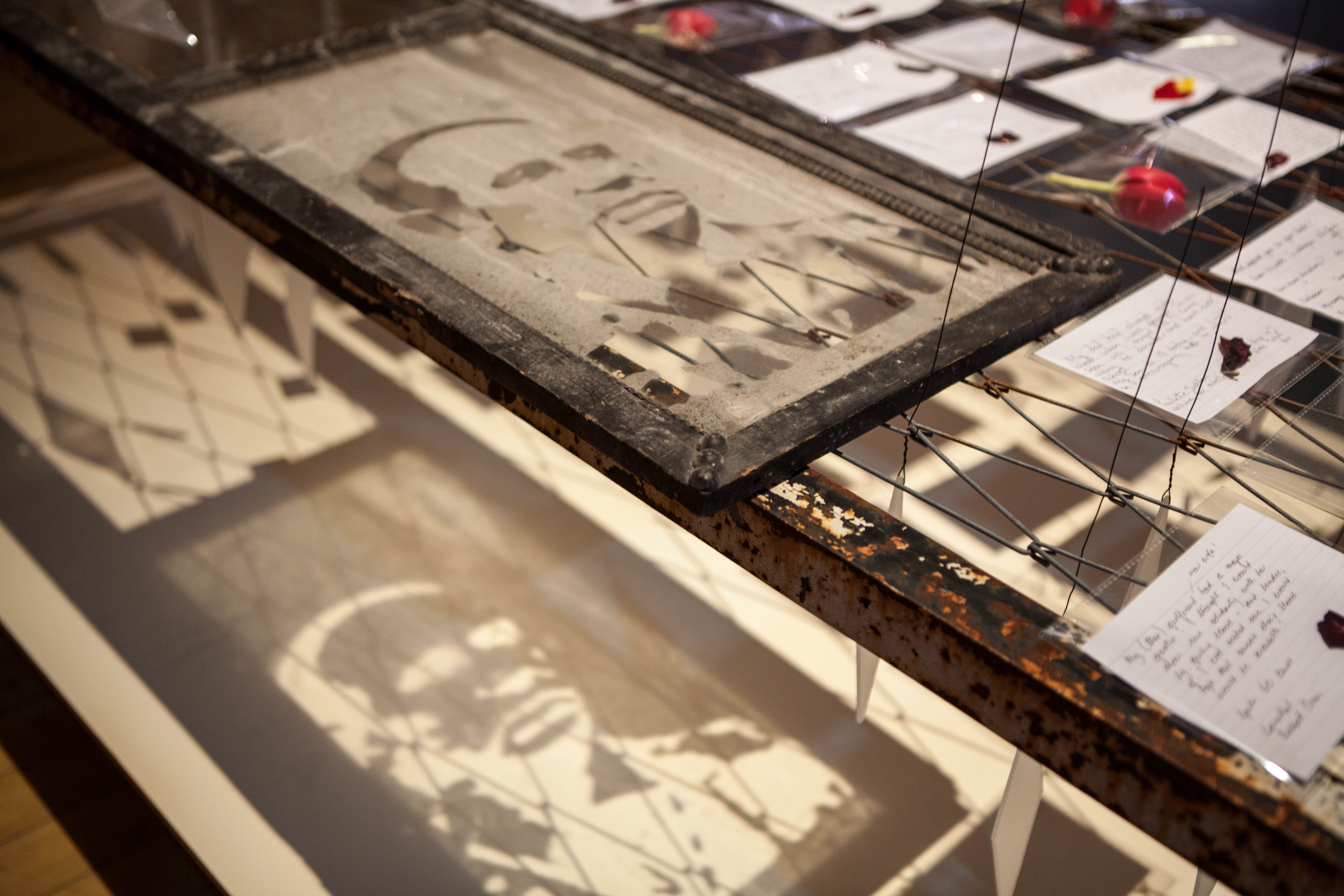 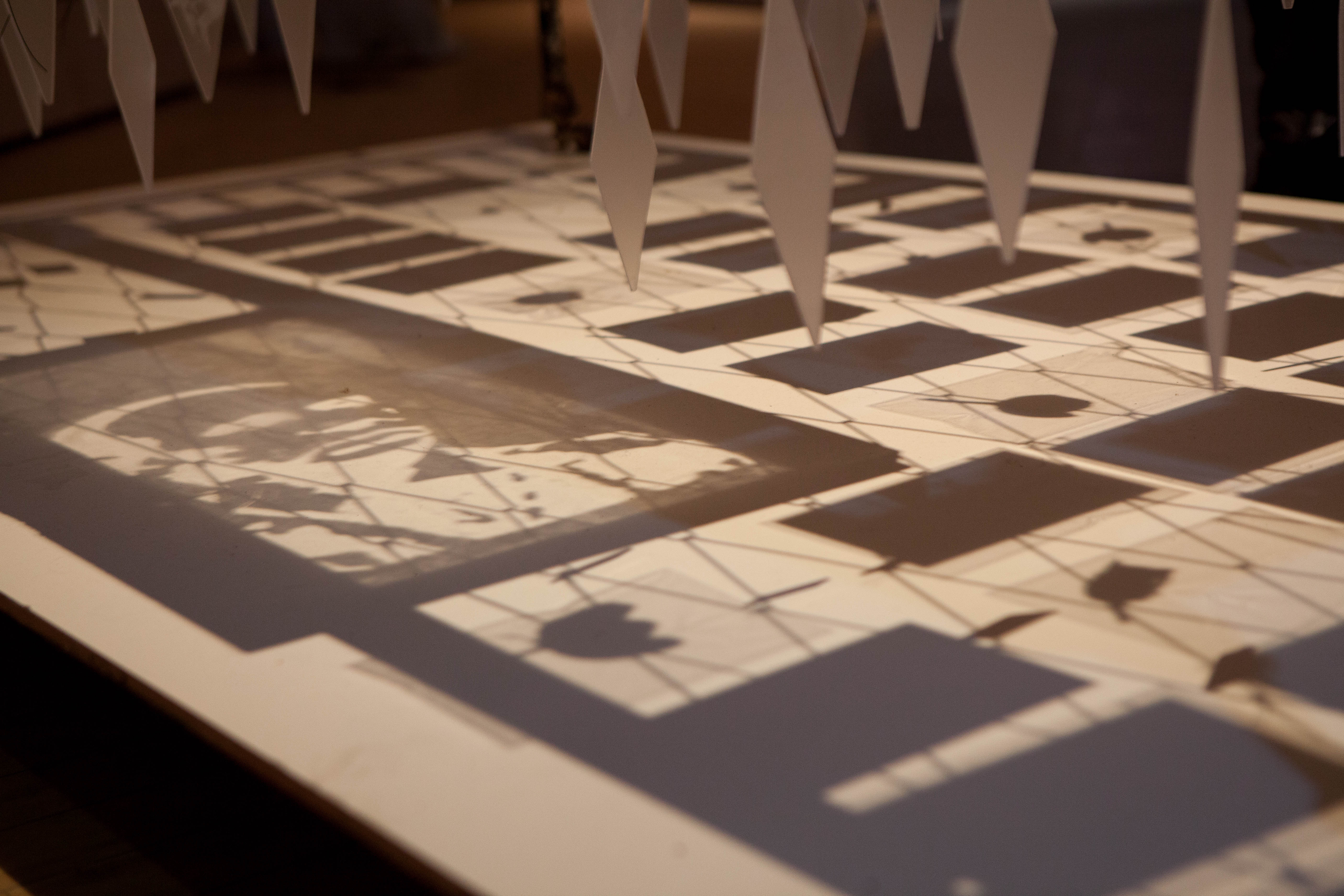 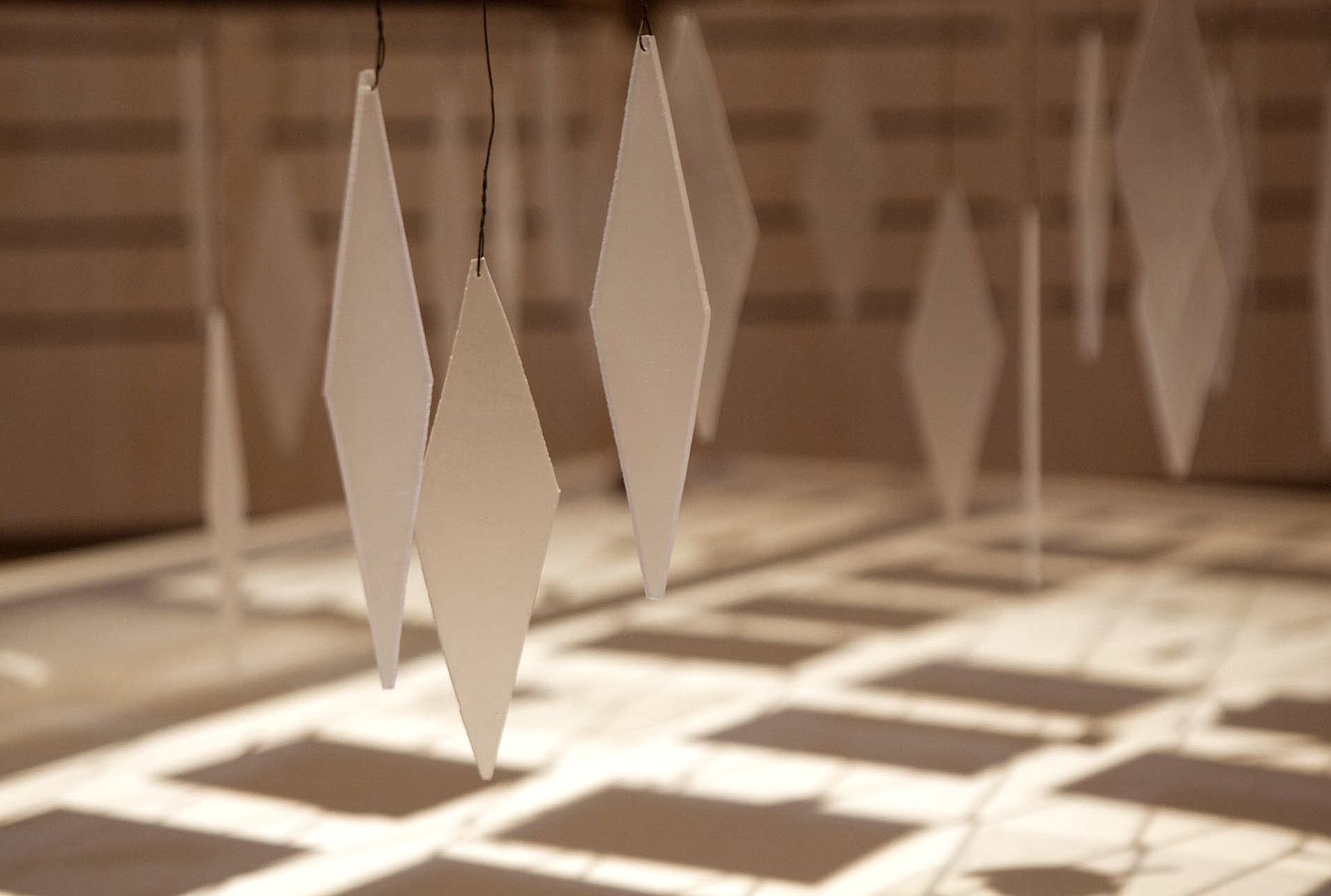 The portrait above the bed, made of nails in canvas portrays the past hero Tom 'Toya' Lewis, a Pill resident of Newport. The portrait on the bed represents the docker who was rescued by Tom, he lies on the bed with his reflection projected beneath him. He survived, but many men lost their lives on that fateful day. 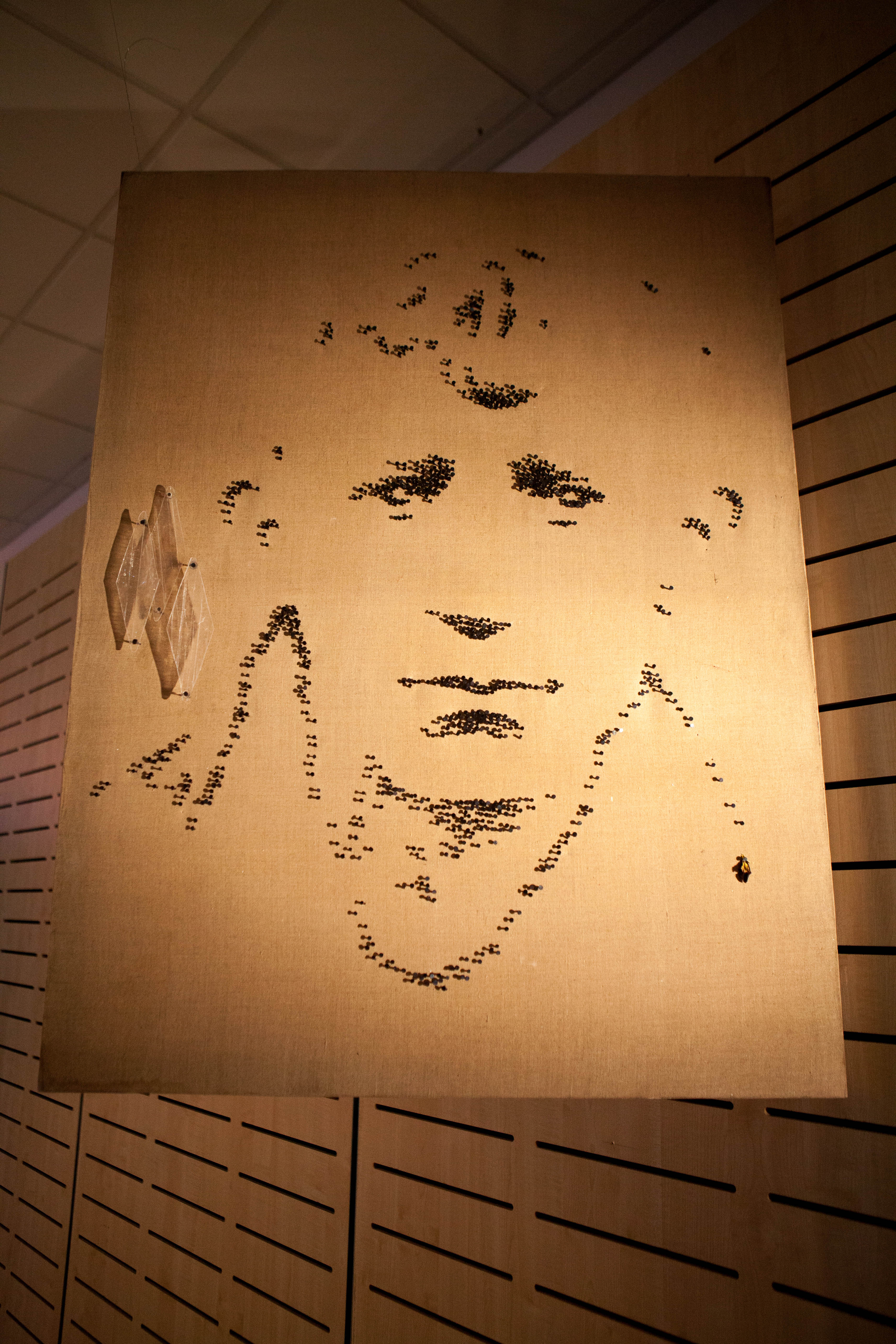 This installation may be seen as an assemblage or mosaic. As a mosaic artist this is a mosaic with no constraints or limitations. The stories and materials that suspend and penetrate through the layers use shadows and symbolism to weave the stories together. The objects or information sit next to each other as a tesserae or tile and the glues and grout are invisible.

Every element of this artwork has a purpose and a meaning. 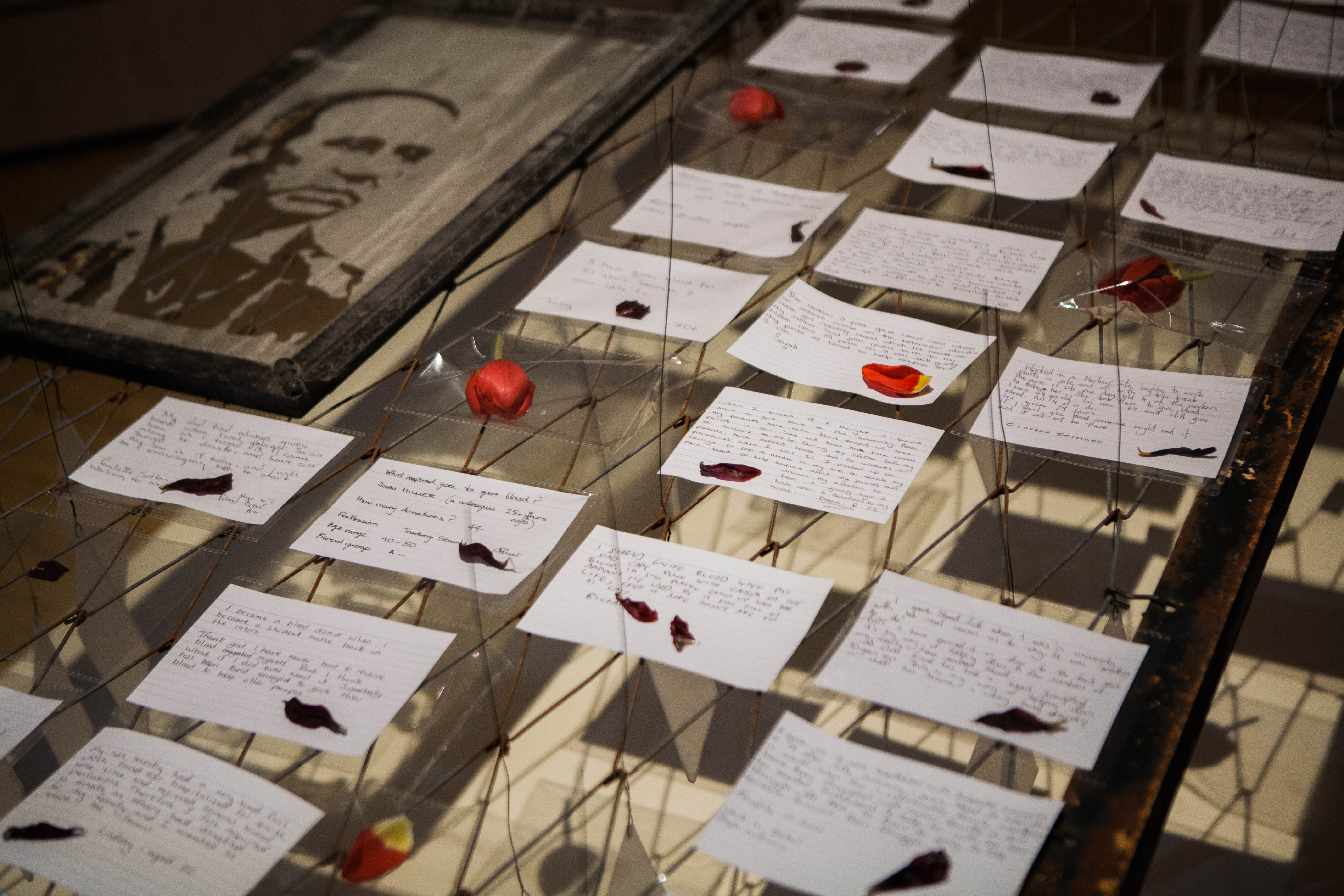 In 2015, South Wales needs 400 units of blood daily to supply the demand. The targets are not being met. It is a private decision to help others. 'The power is yours, the sharing of it is also yours'. 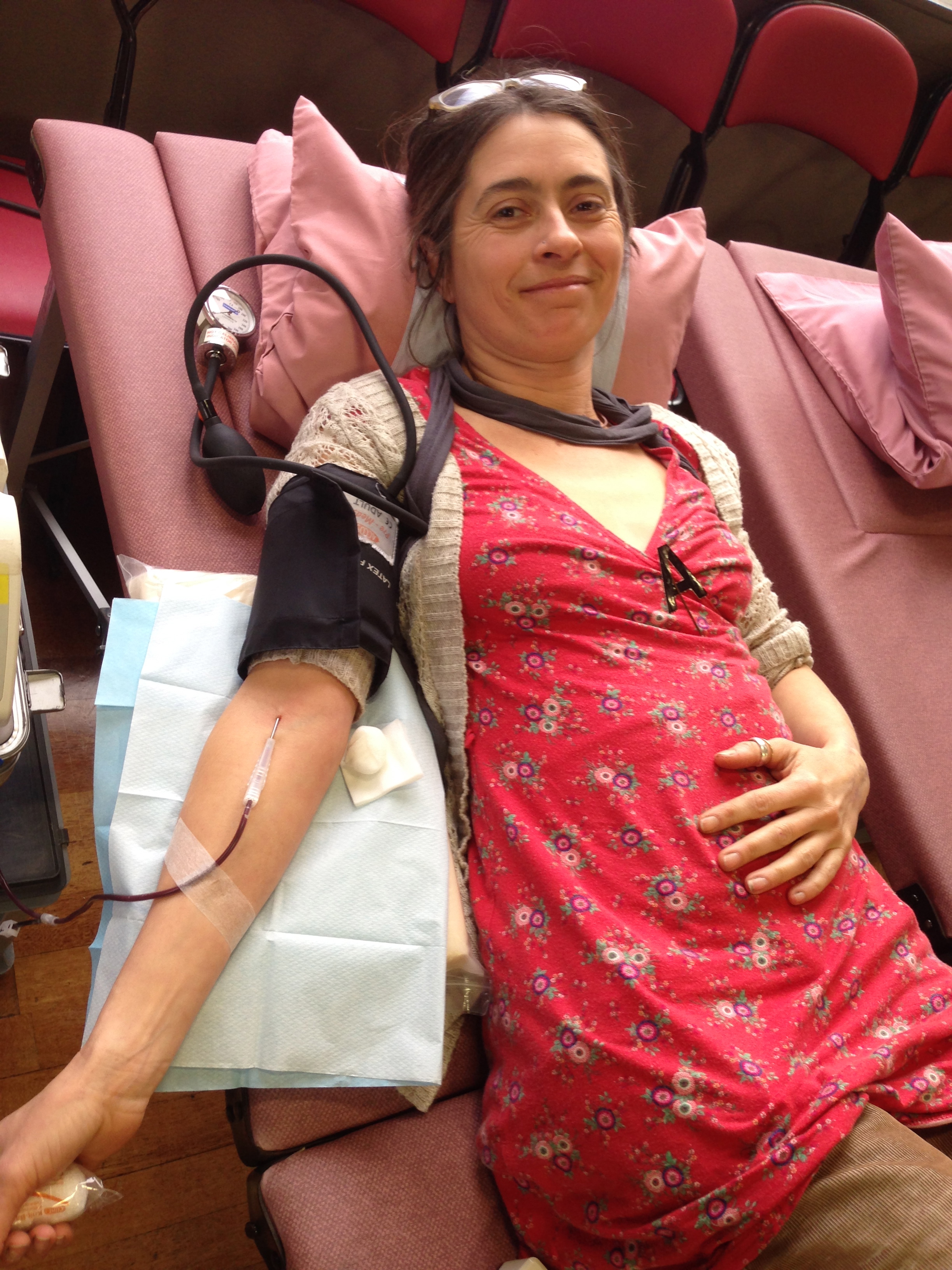 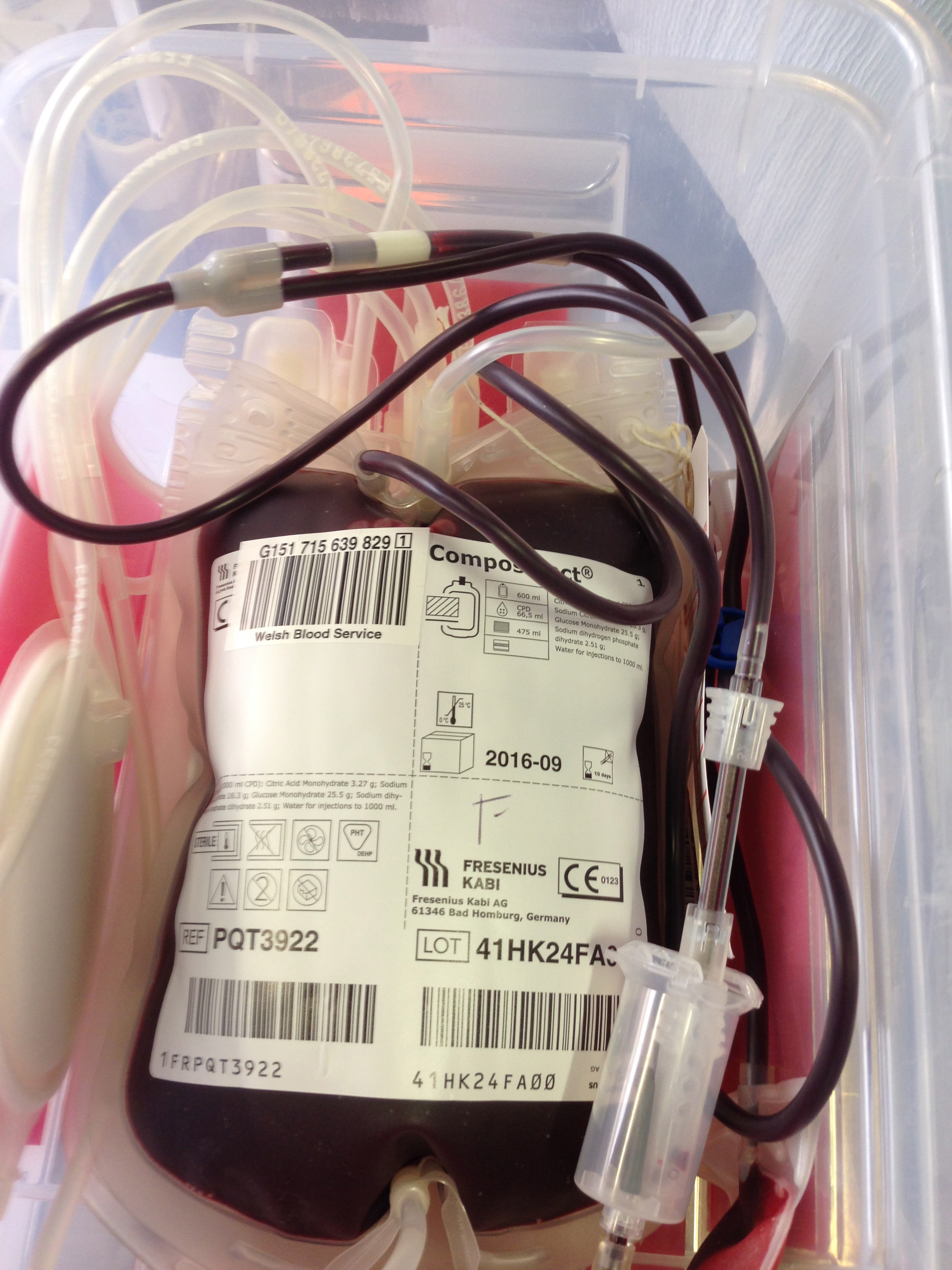 It took me 5.53 minutes to give 1 litre or blood. It seems to be a beat your 'personal best' moment for many repeat donors.

Thank you to all the wonderful blood donors who kindly shared their stories of why they give blood.

Thank you to the Wales Blood Service team and the donors on 12.3.2015 based at the Newport Centre for supporting my exploritive research in creating this art piece. 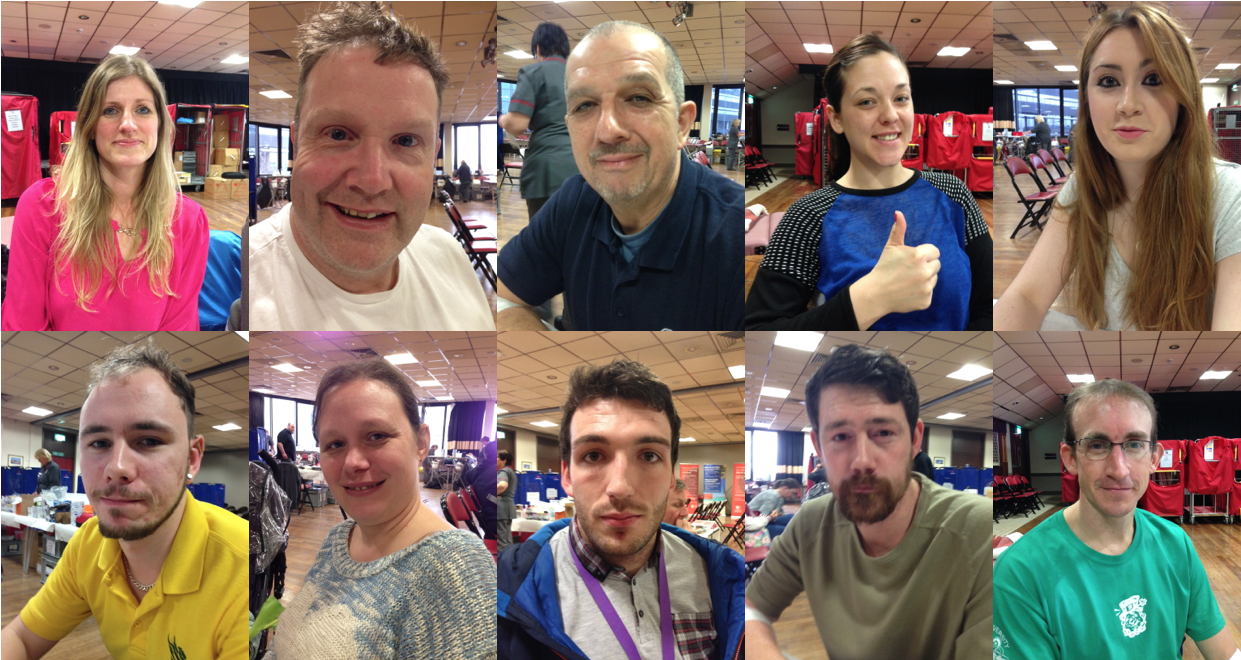 Hero was created as a commissioned artwork for Beneath The Surface, an event organised with my founders at Newport International Airspace. Our aim was to address:

How would you depict what lies beneath the surface of Newport?

Beneath The Surface seeks to initiate debate and dialogue;

How do we as Artists connect and correspond with the City in which we live?

Is there a place for Art in these times of Austerity?

How do we make our art so it is accessible to all?

How do we connect to the community in which we live?

NIA received funding from the Arts Council of Wales, Newport City Council and supported by The Project Space to produce a Pop Up Arts event at The Project Space Newport. Four performance artists and eight visual artists were commissioned to create artwork and a performance that existed in one integrated exhibition / event.