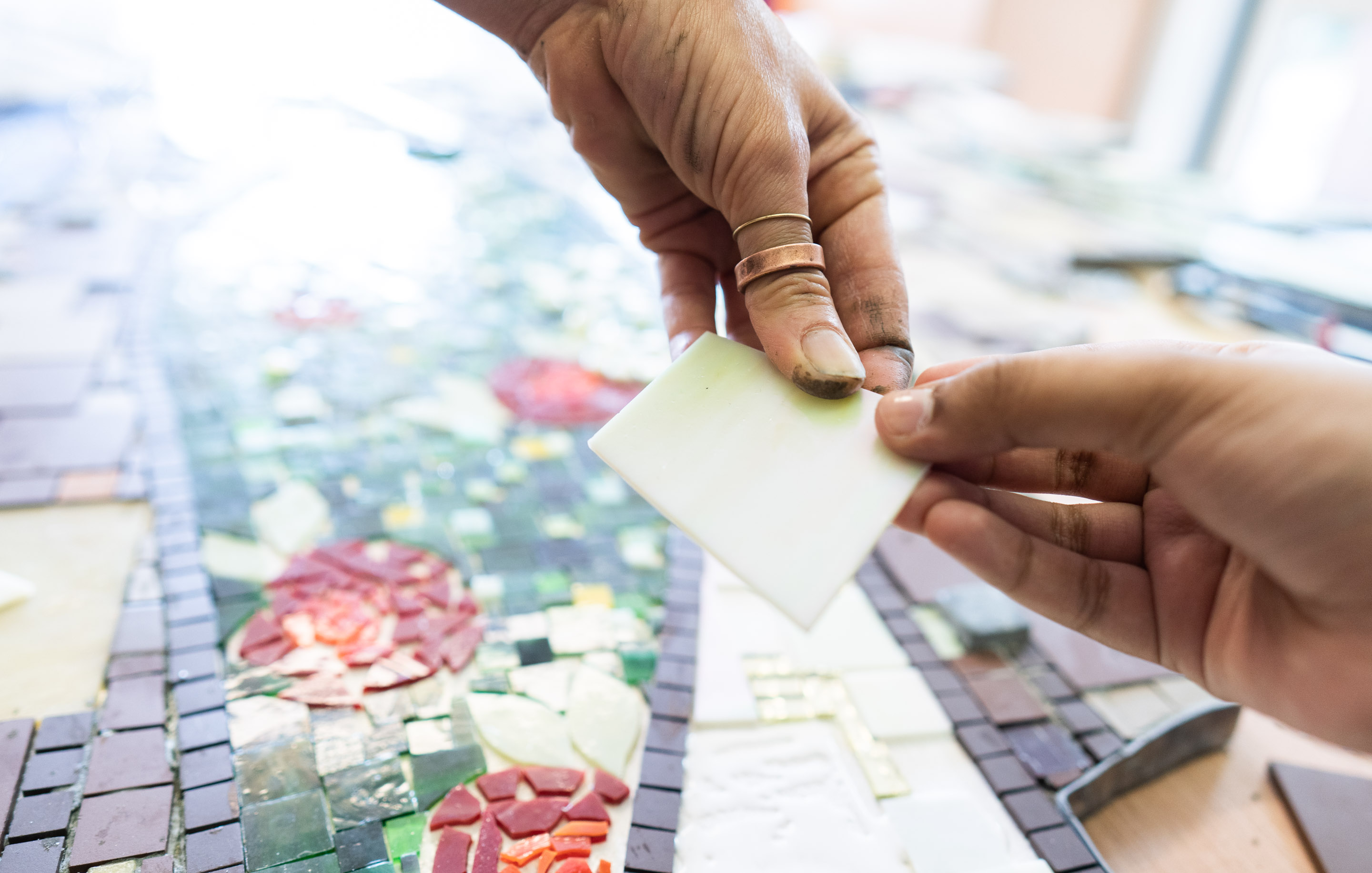 Directed and facilitated by artist Stephanie Roberts, the mosaics were created through collaboration with community groups across the city. 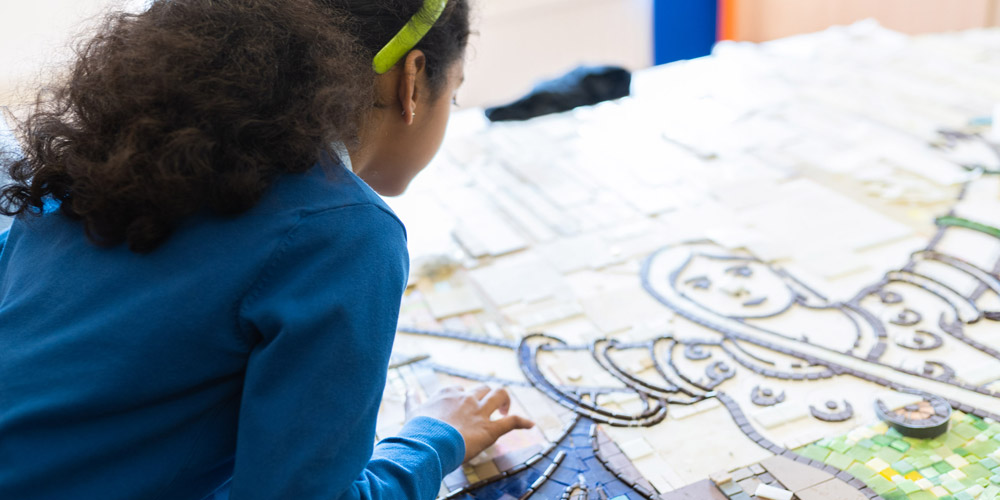 Why dedicate a space to women of Newport? 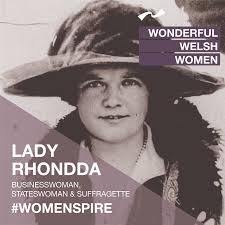 This collection of public artwork was created out of respect to Newport women.

As a response to the historic and contemporary facts and stories that were uncovered, the actions and sensibilities of these women, who through hard times found empowerment and became truly inspirational.

St. Paul's Walk has become a landmark monument to these women who fought for Human Rights and Women's Rights. From past to present, the Seven Sisters mosaics depict episodes in time, that continue to relate to all our lives today; encouraging us to remember these strong courageous women.

The aim was to reach out to communities across the city and share these women's stories. This resulted in sixteen community groups, collaborating in the conceptual designing and placing of each carefully considered tile. Over 300 community members with women, men and children participating. 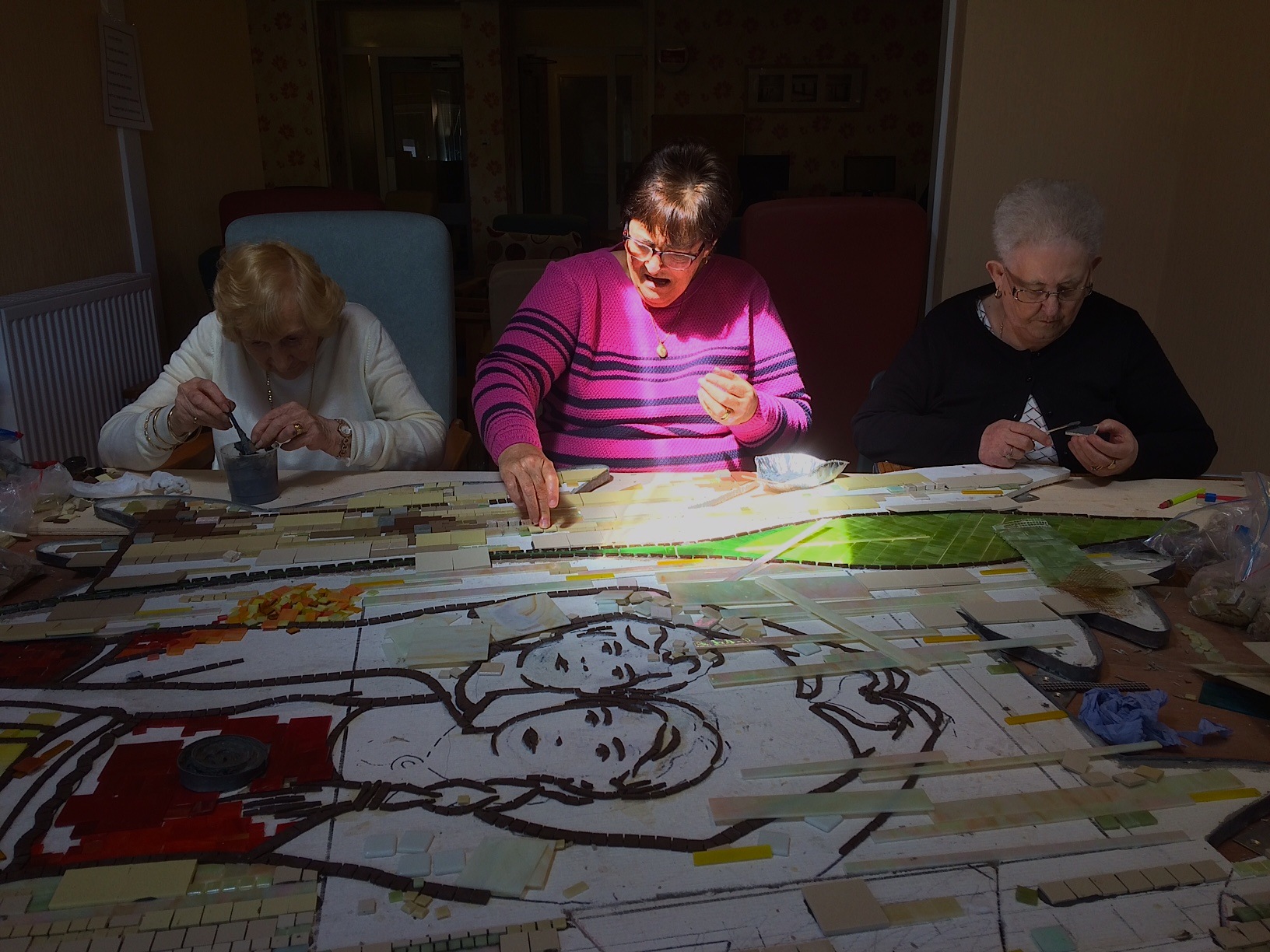 The importance of St. Paul's Church together with these women's stories, inspired the use of stained glass, drawing visual conversations with its windows. 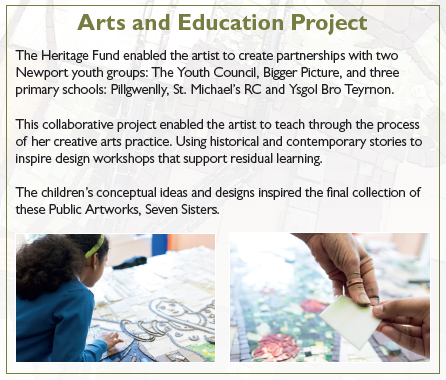 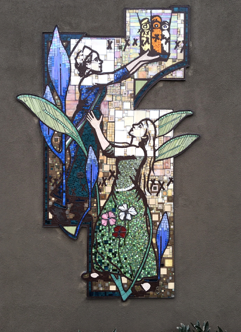 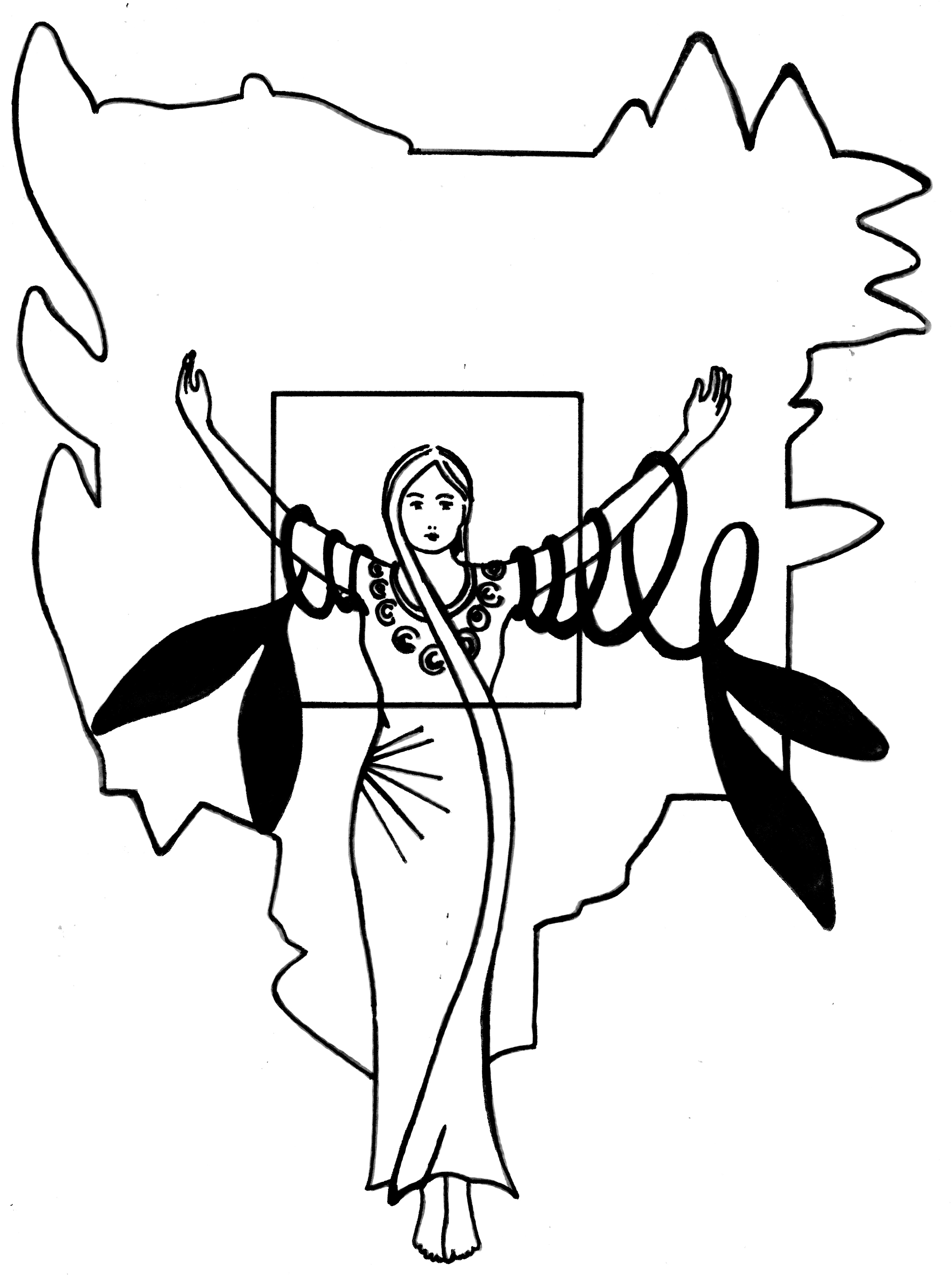 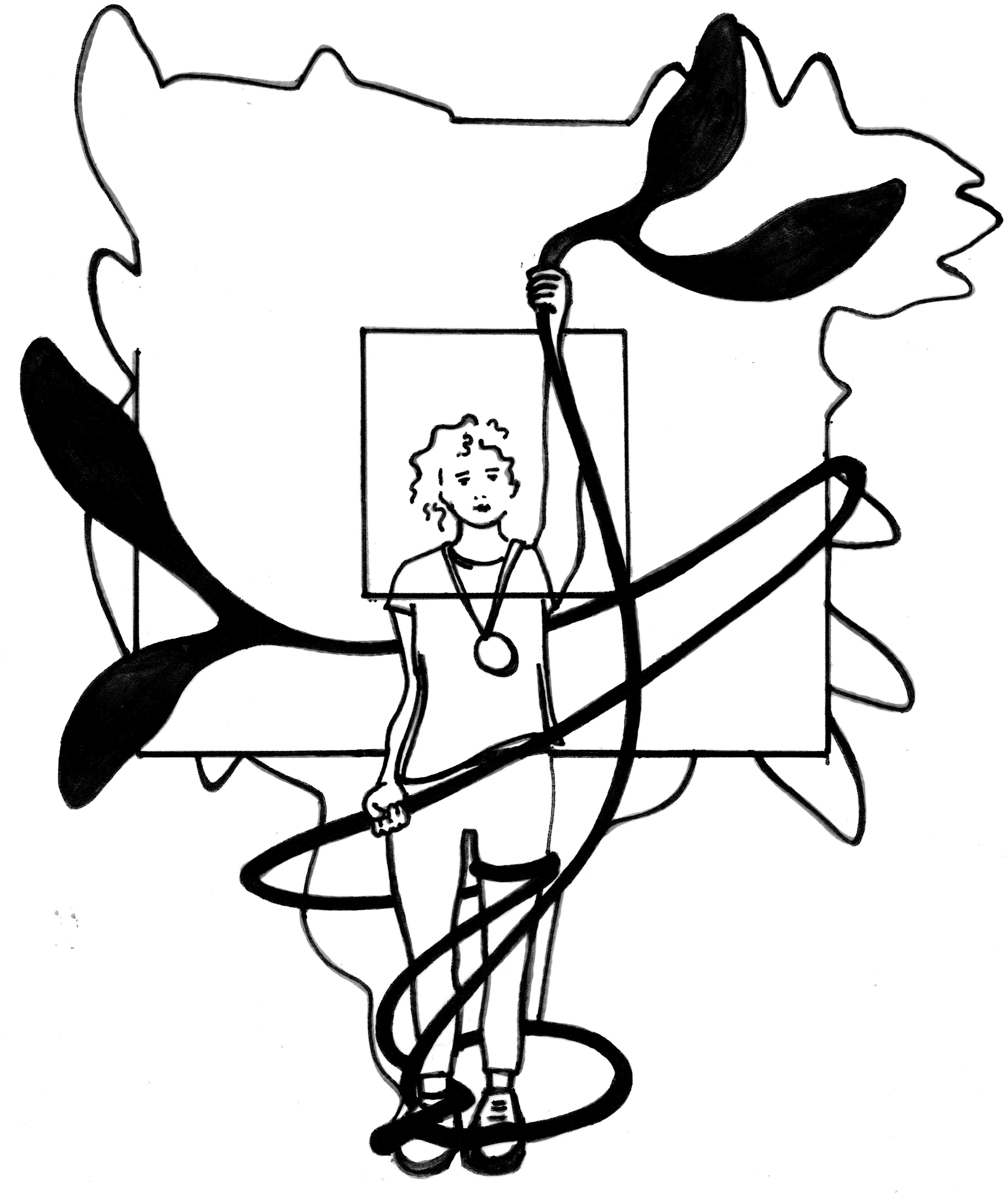 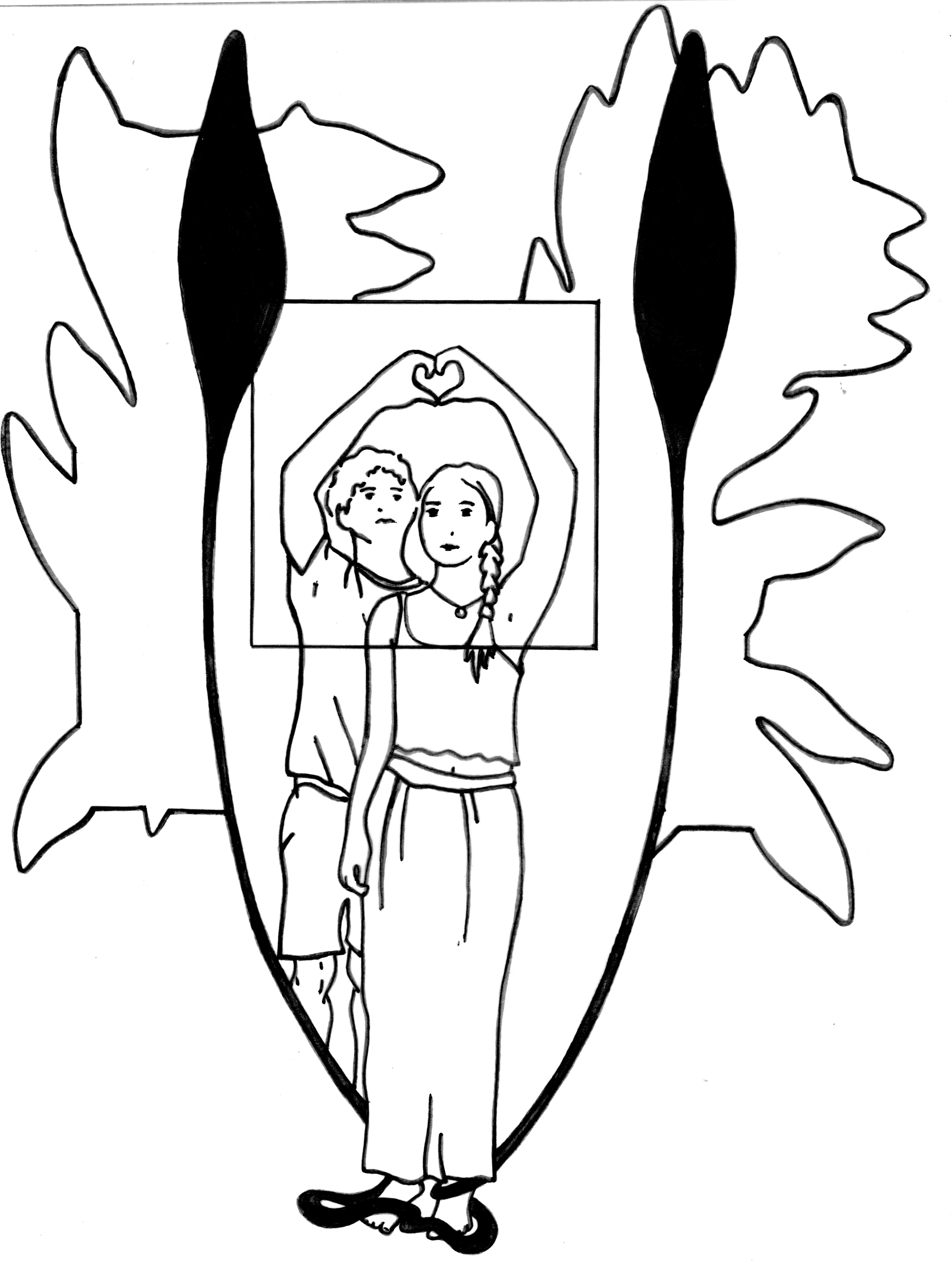 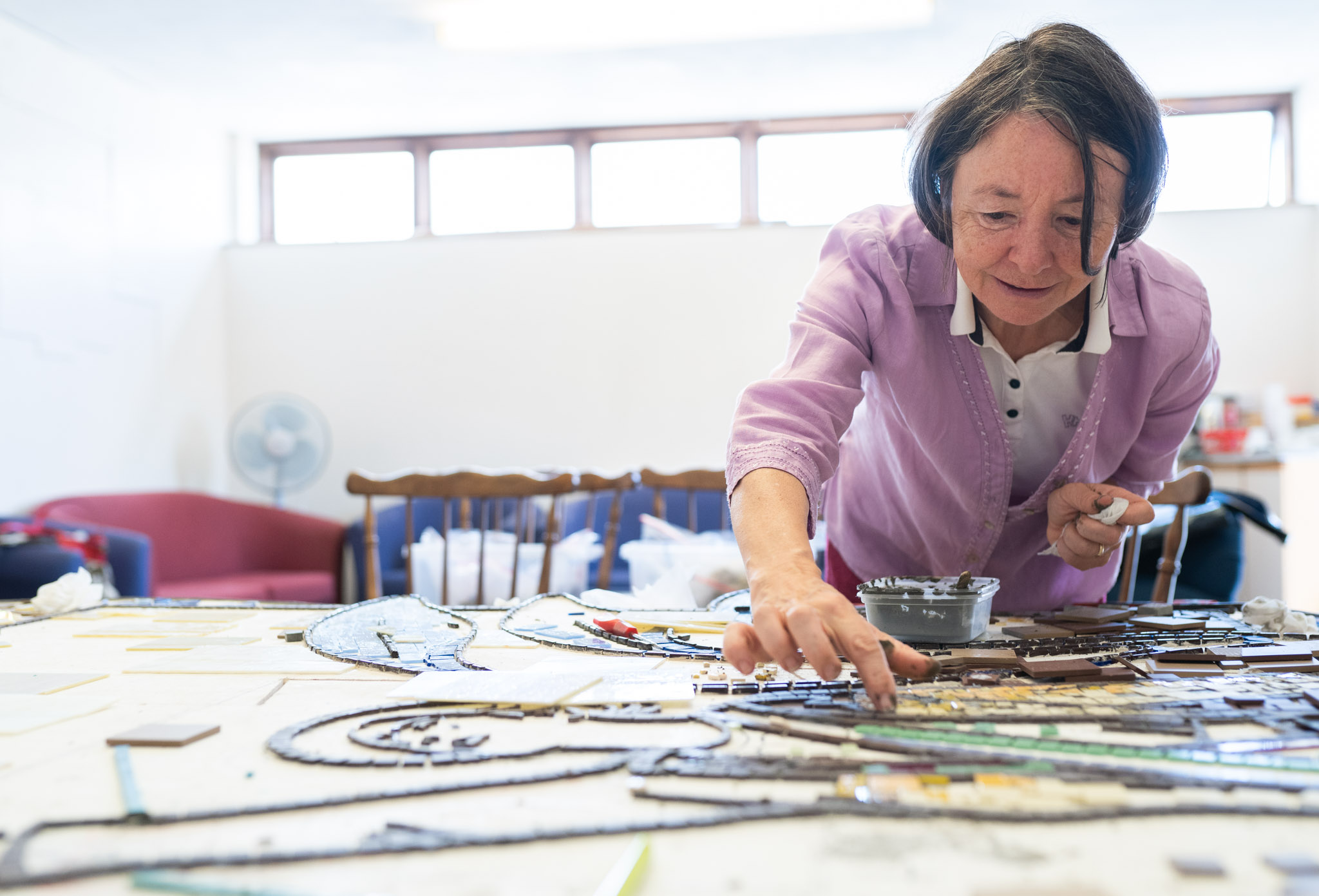 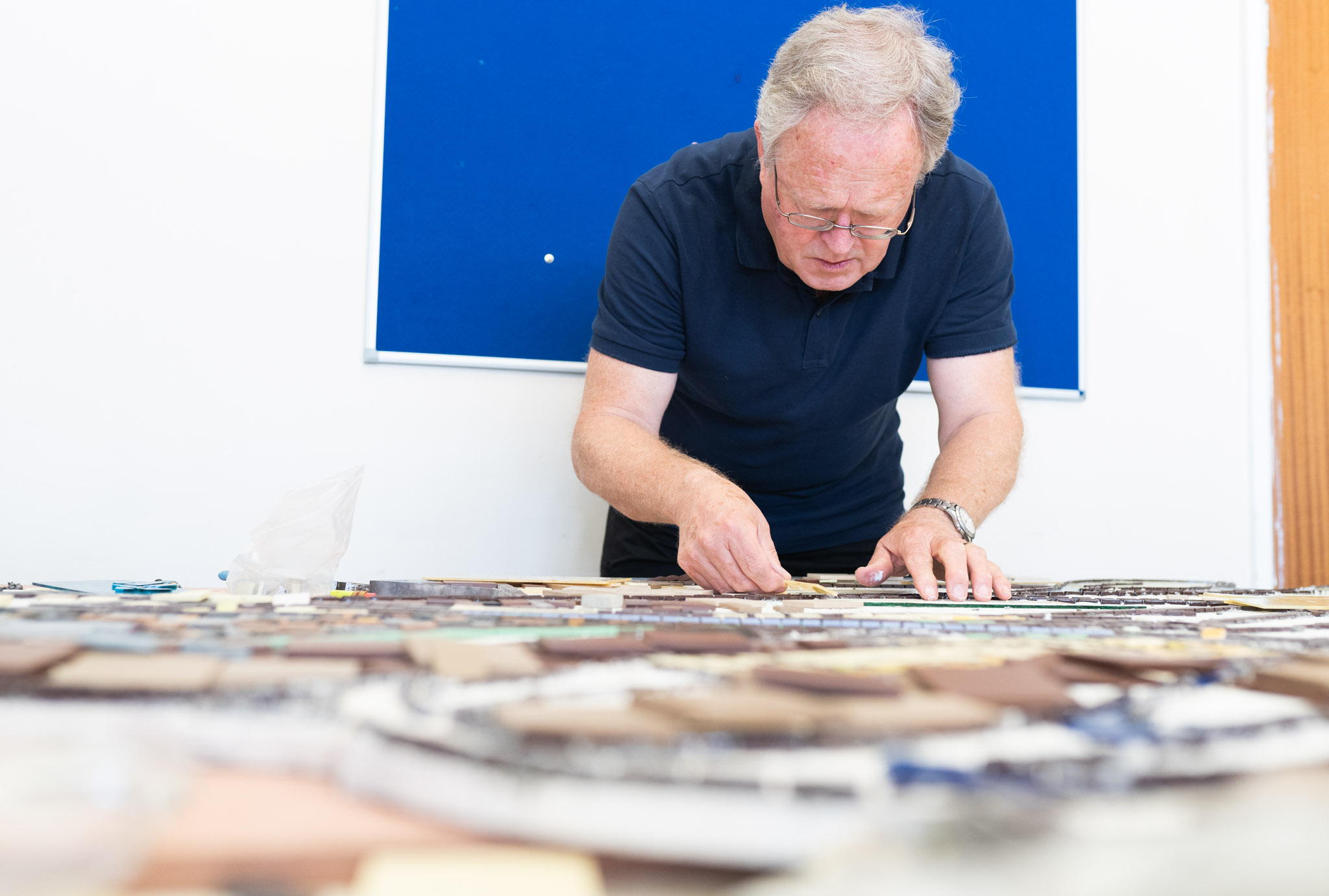 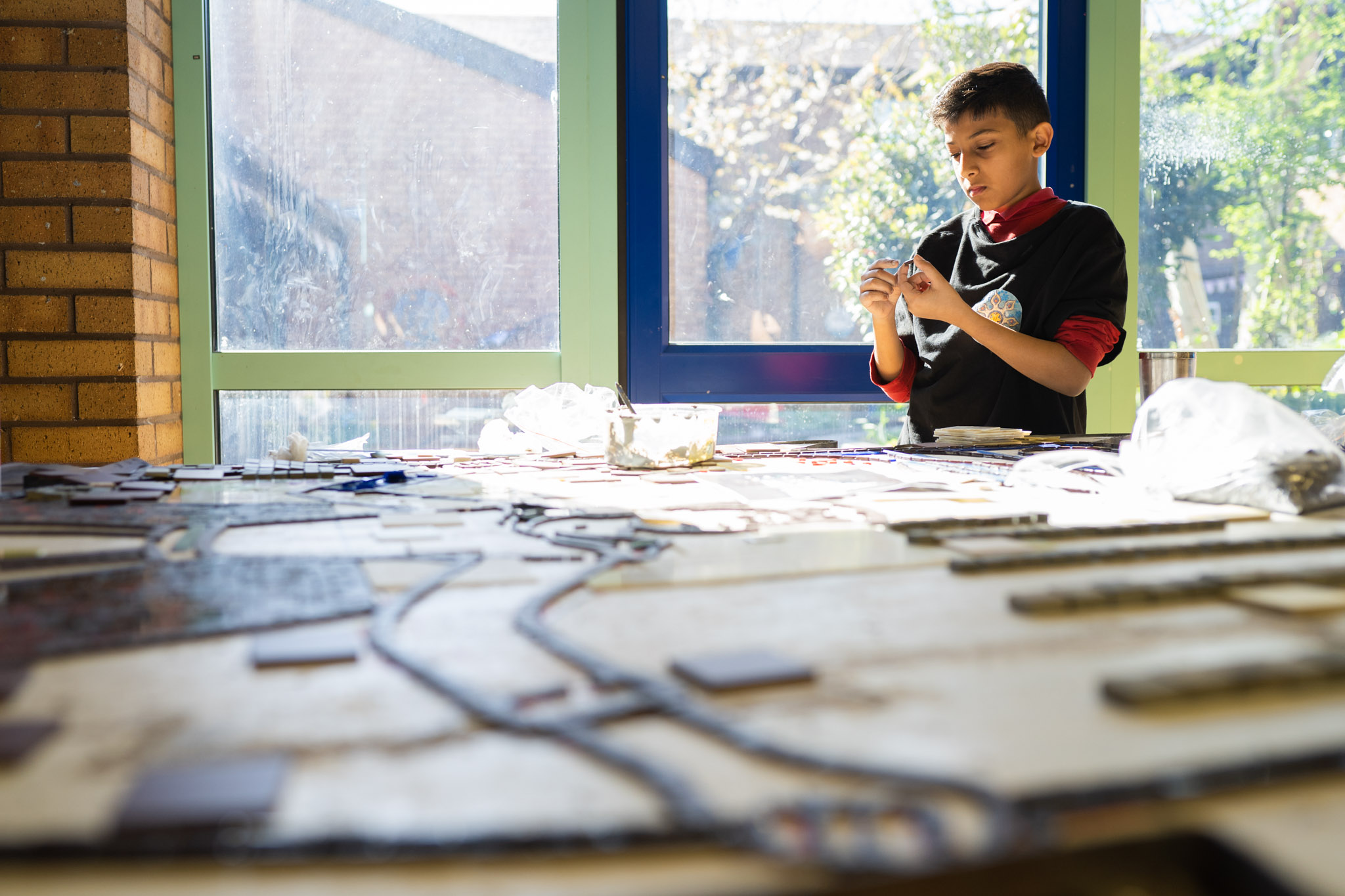 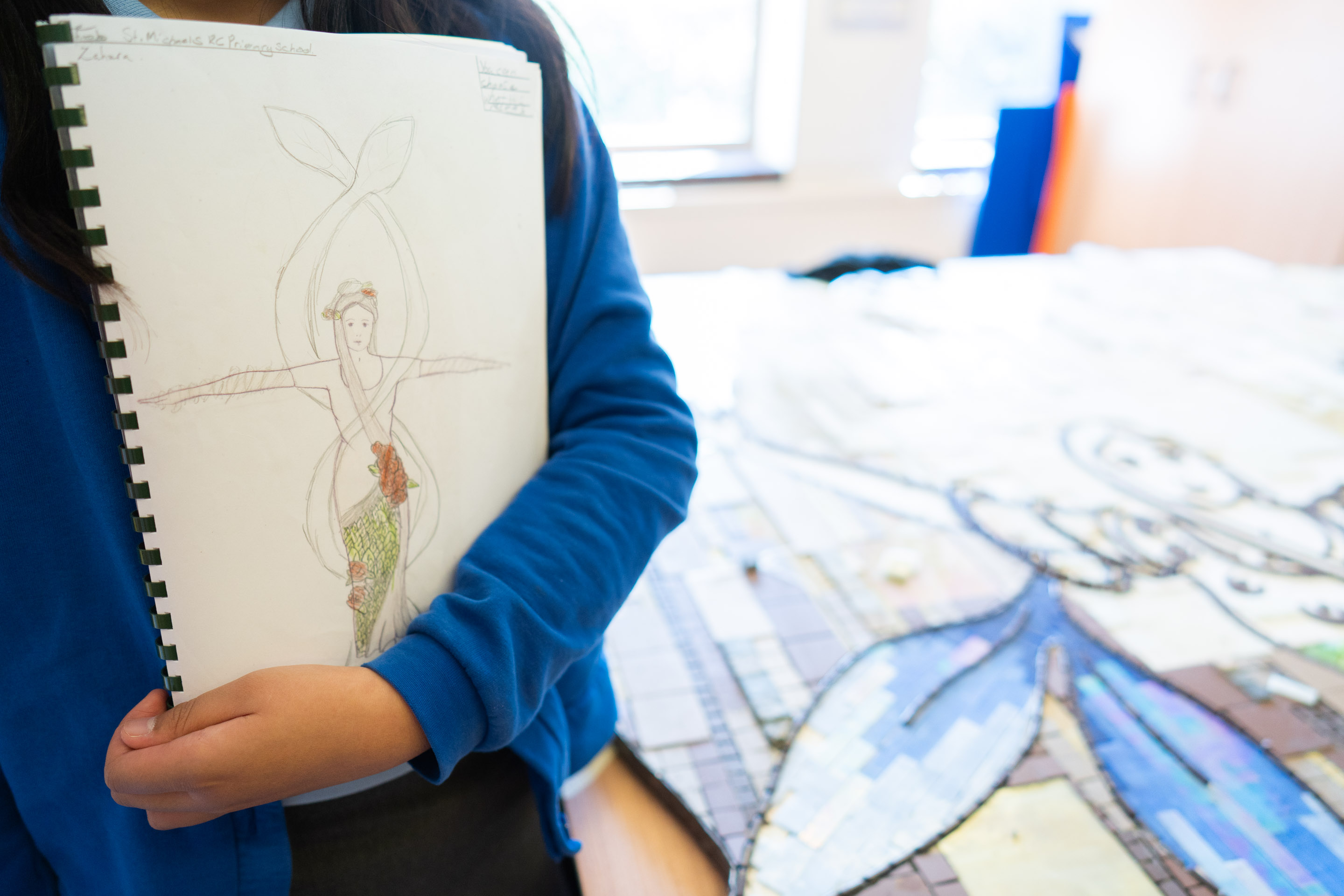 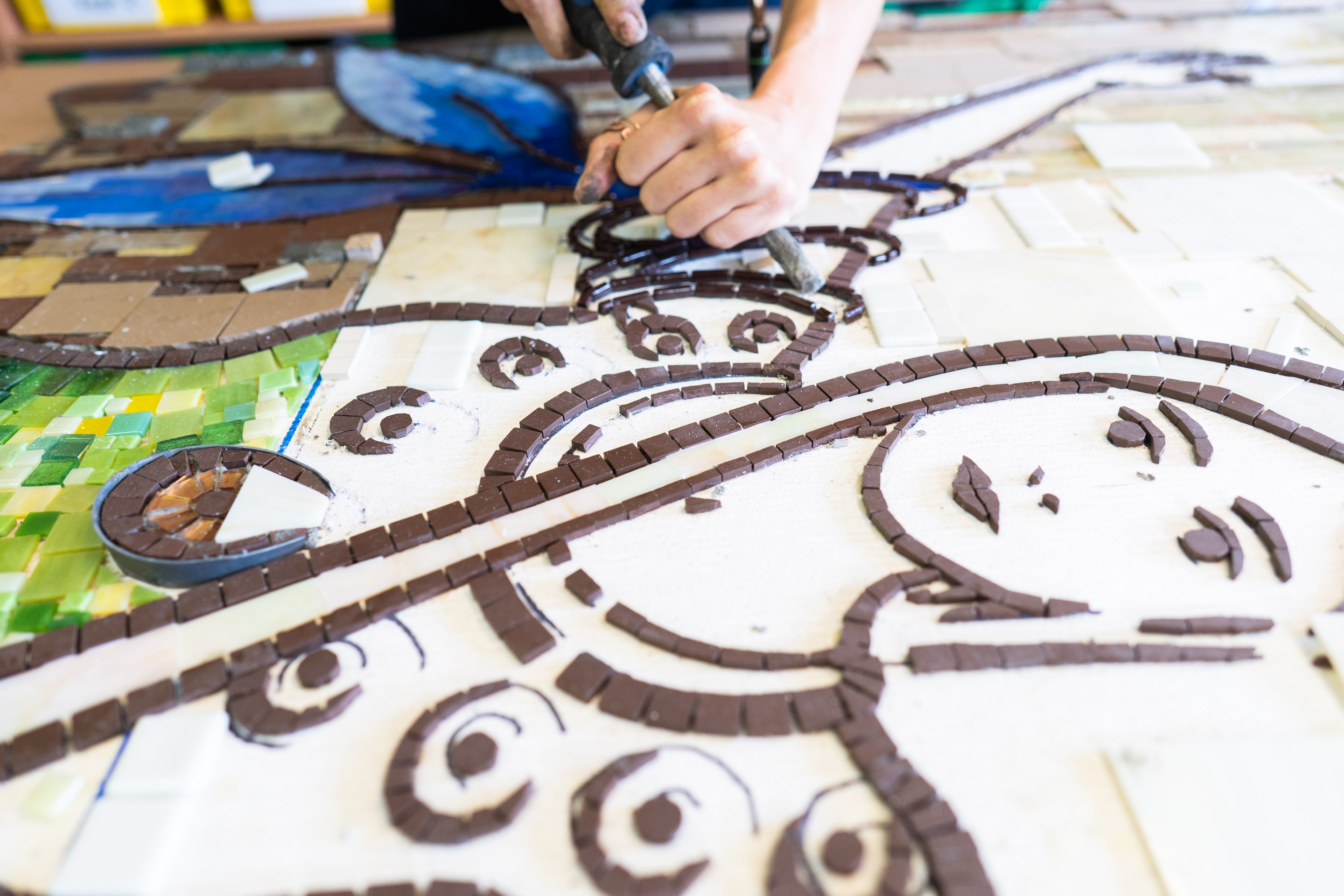