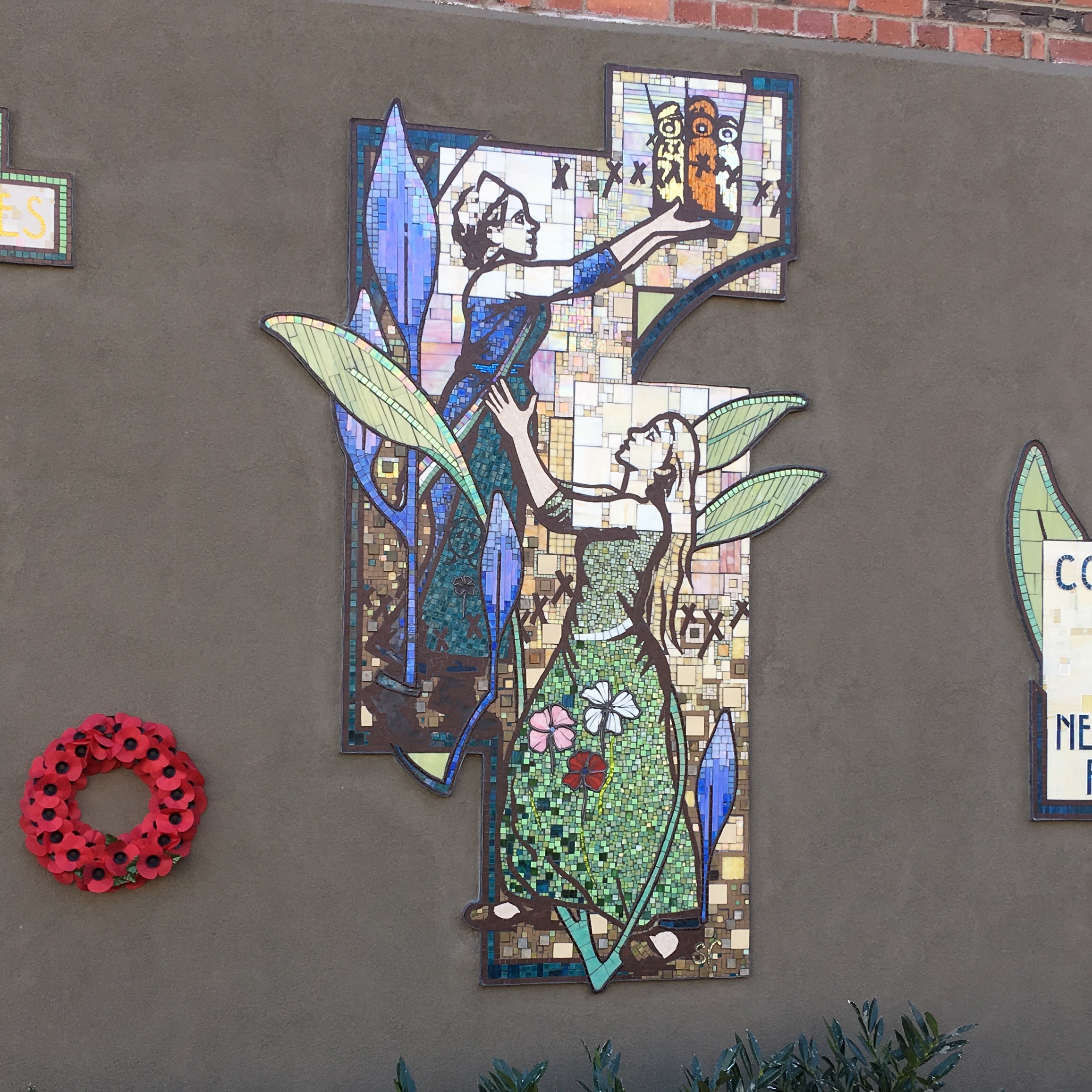 A community public art mosaic dedicated to remembering the women of Newport, who lost their lives during the First World War 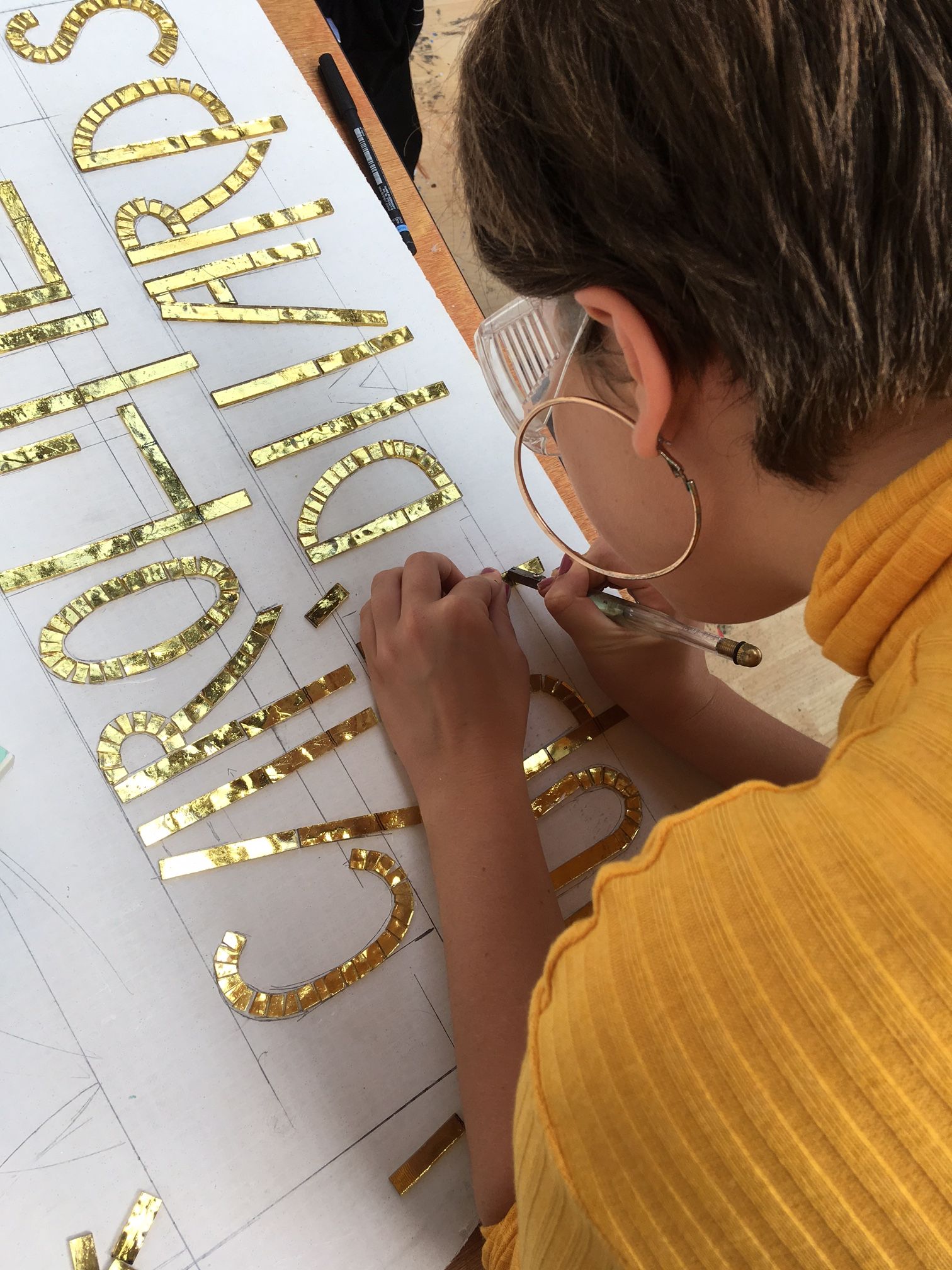 'Every Women Remembered' was the first stage of a larger public art project, directed by Stephanie called Seven Sisters of Newport. A project that described visually 170 years of women in Newport. All 7 mosaics were funded by the Heritage Fund and Newport City Council, and researched and made by schools and communities in Newport, 314 individuals in total took part.

'Newport Women Remembered' is inspired by the book by author Sylvia Mason 'Every Women Remembered', understanding and reflecting upon these times has made a hugeimpact on my life but most importantly truly feeling connected to these women today, is what I will never forget.

The mosaic glances into the life of a munitions worker, delivering her family to war, that take the form of the ammunition she makes. The emotional hardship and pressure to support the war effort while having a family to care for, having no food and a country to keep moving must have catastrophically difficult. However we see the first glimpses of the contemporary, respected working mother appearing. Women still having far to go. But their country needed them, so many men were lost on the fields, their fathers, husbandsand sons. It is hard to imagine the trauma all encountered during these years.

'Newport Women Remembered' is inspired by the book by author Sylvia Mason 'Every Women Remembered', understanding and reflecting upon these times has made a hugeimpact on my life but most importantly truly feeling connected to these women today, is what I will never forget.

We have a lot to be thankful for, for their strength. This mural is a tribute to these women. Adorned with names of those who lost their lives because of the war effort in Newport.

May we have peace one day.

Funded by Heritage Lottery and supported by Newport Regeneration, NCC. 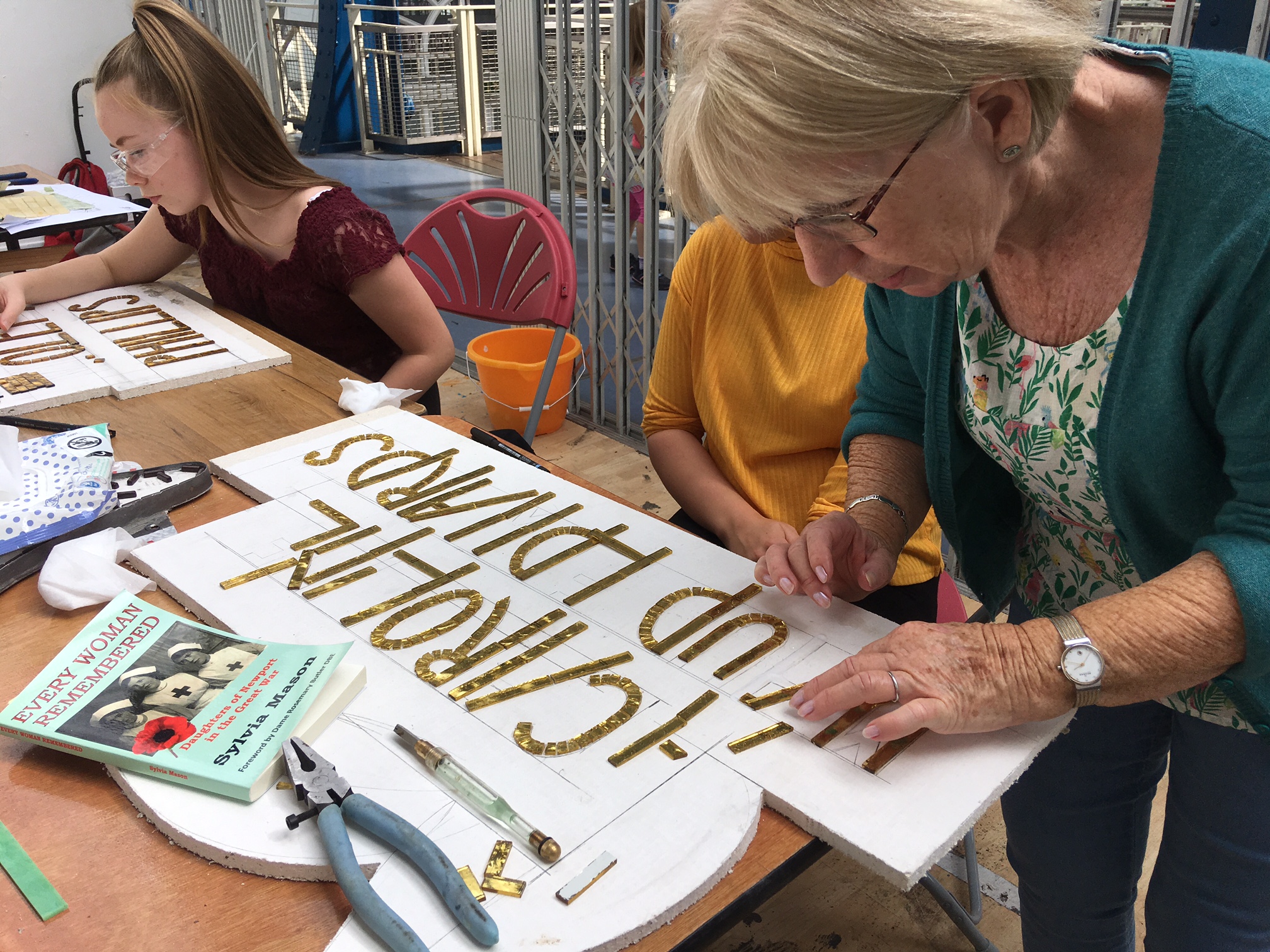 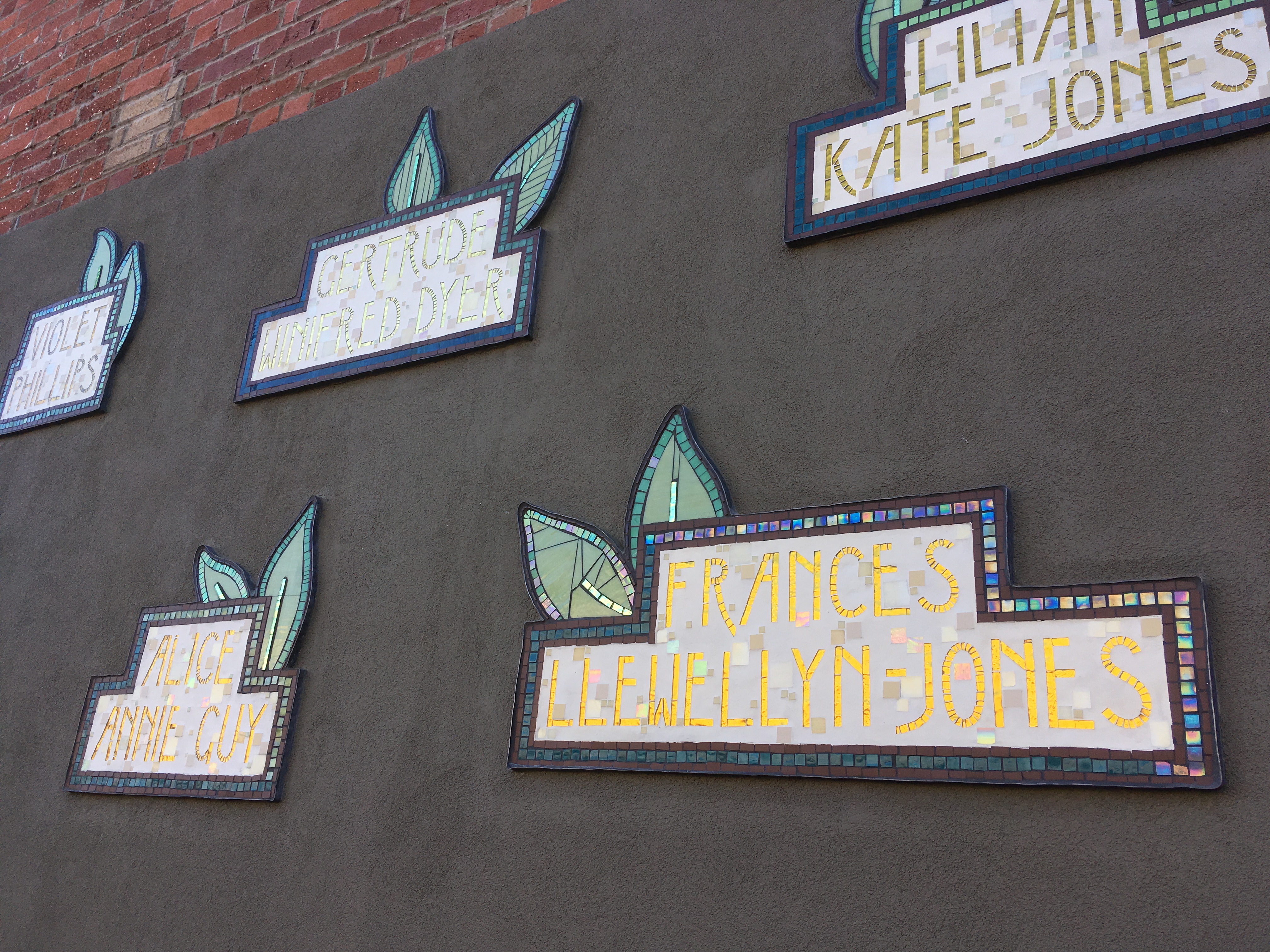 The mosaic will focus on the changing role of Newport women during the war and in particular on seven Newport women who lost their lives while contributing to the war effort and whose names have not been recorded and remembered on any memorials. The book ‘Every Woman Remembered – Daughters of Newport in the Great War’, written by local author Sylvia Mason, provided the information about the seven women. 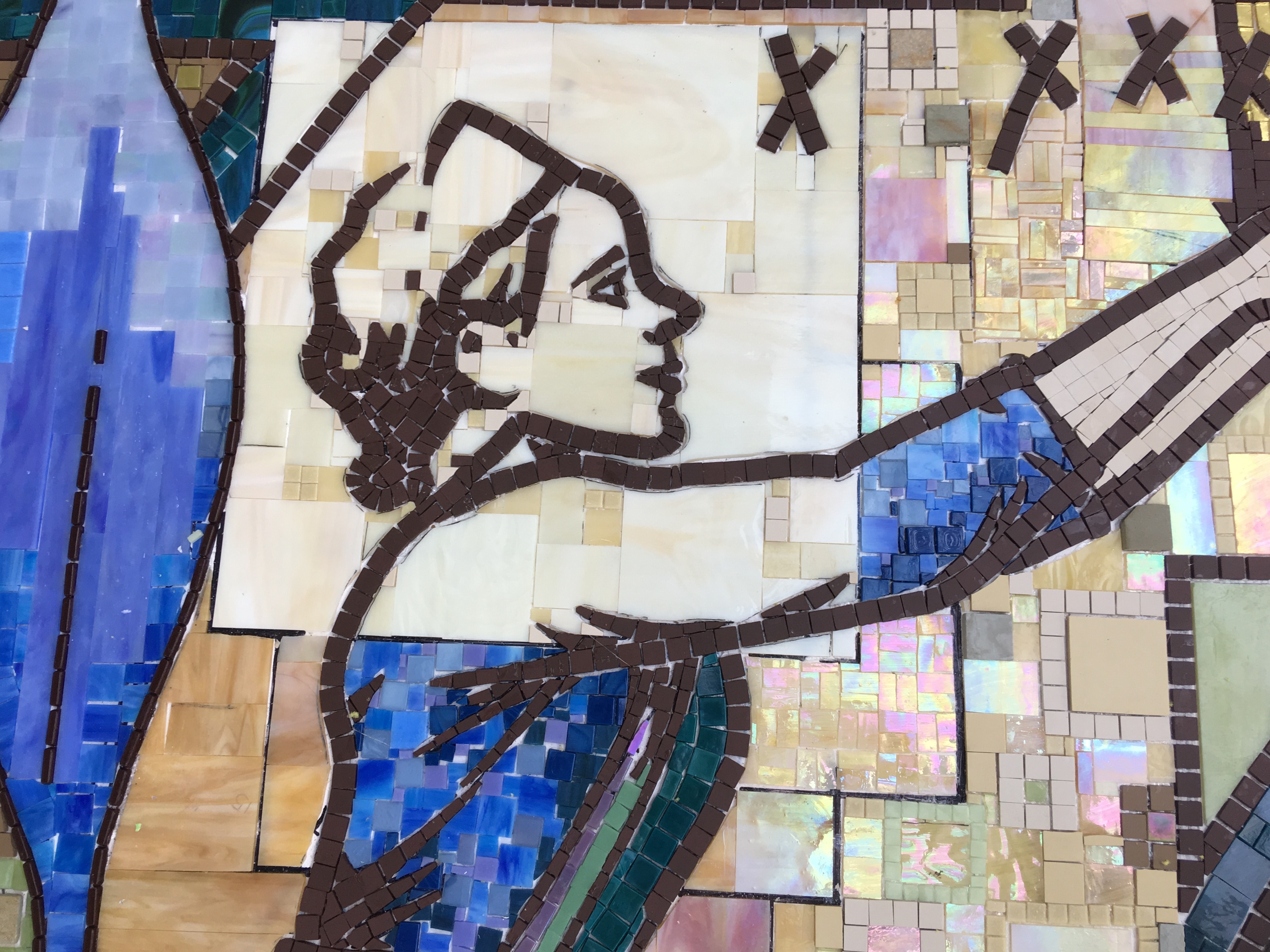 Stephanie Roberts, a local artist, will work with Newport youth groups to design and create the mosaic to be installed in St Paul’s Walk public open space. Stephanie said ‘as well as being influenced by Sylvia's book and presenting itself as a memorial to the women who died, I’ve designed the piece to portray the nurturing qualities of women and the newly emerging multi faceted roles of women in society. Delivering her father, husband and son to war presented as the munitions she constructs in the factories by day, while her child hides in her work apron. The modern day female, aids the munitions worker or 'munitionette', giving her support through the difficult period that engulfs her sensibilities, growth and empowerment.'

“I feel honoured to embrace the importance of the project's significance in connection to the crucial role of women in society, during the past century and into the future.”

The Women have a unique link to the area and St Paul’s Church as many of them were baptised, married and carried for the sick and wounded there when the church became a temporary Red Cross Hospital during the war.  A plaque featuring digital technology will allow residents and visitors to discover more about the heritage of Newport in the First World War.

Andrew Jacobs, owner of the building where the mosaics will be placed said ‘this is a great initiative.  I am delighted that this will be showcased on National Buildings which came into existence shortly after the first world war’.

The council hopes the mosaics will help to reduce anti-social behaviour, provide an area of interest for local people and visitors to Newport giving the young people who made it and local residents a sense of pride and ownership.

The plan is to unveil the mosaics in time for First World War centenary celebrations in November 2018.

Councillor Debbie Wilcox, Leader of the council, said the HLF awarding the grant was very good news for the city, enabling the project to go ahead.

“We are delighted that our application for Heritage Lottery Funding was a success and we hope residents and visitors alike will come and see the mosaics while appreciating the history behind the images.

“It is right we acknowledge the hard work of local women and the role they played in the First World War and in particular the seven women who lost their lives in the war effort.”

Councillor Jane Mudd, the council’s Cabinet Member for Regeneration and Housing said: “The mosaics will be a point of interest in St Paul’s Walk in the newly created open space and we hope people will appreciate this new feature.” 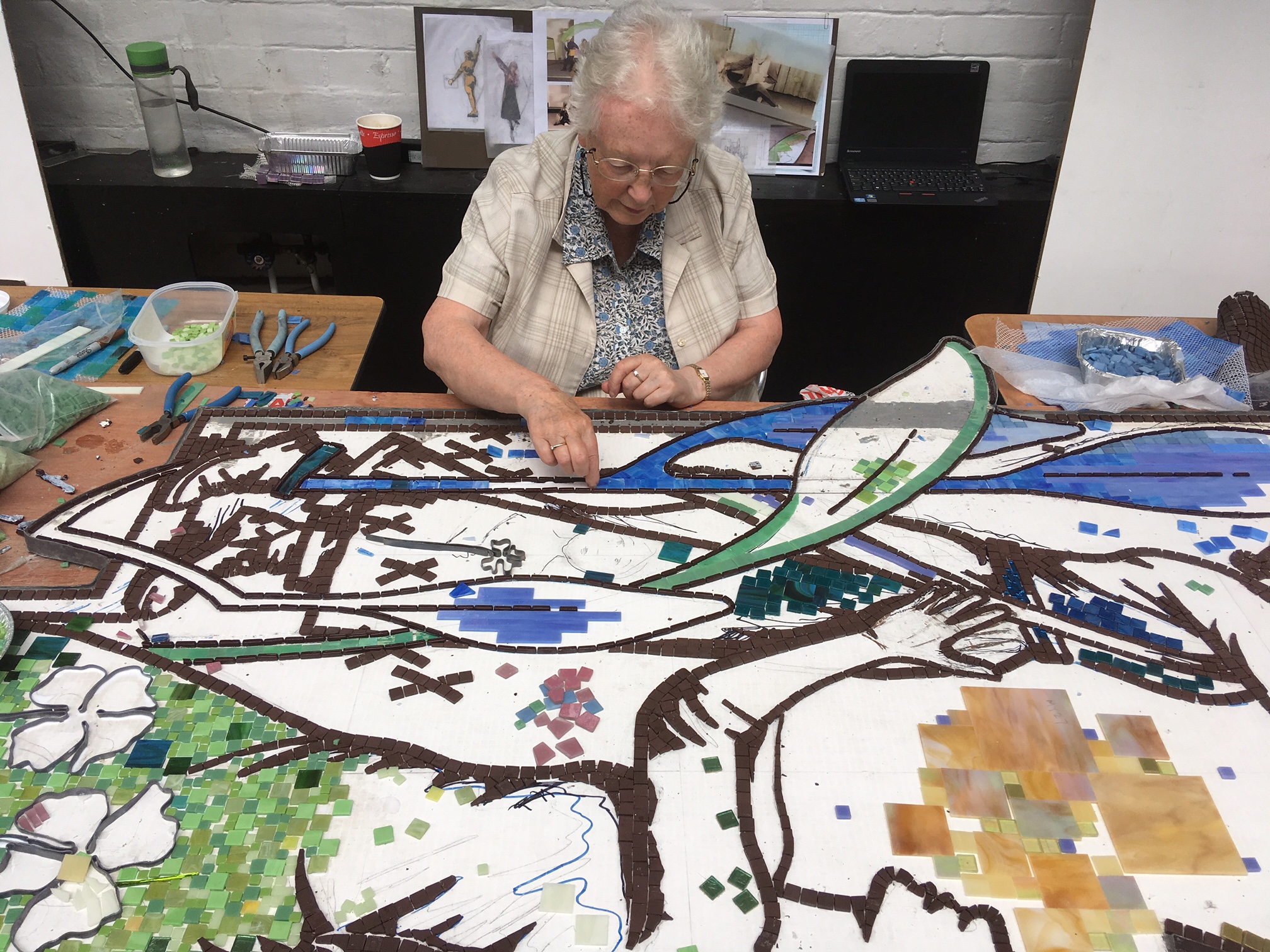 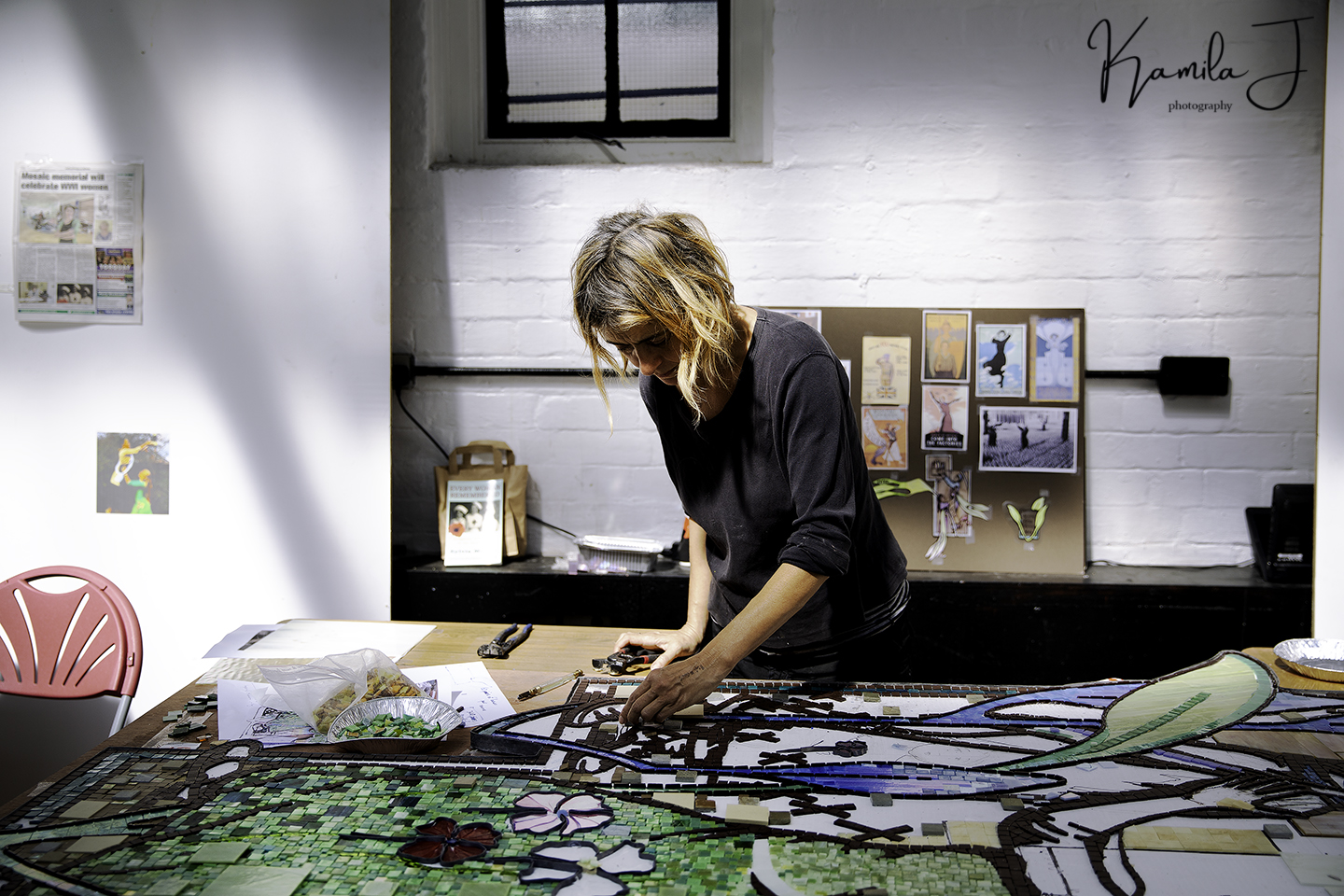 Below are some of the work in progress reenactment photographs that formed the inspiration for the artwork. Thank you to Newport Youth Council and The Bigger Picture for their participation, also thanks to Emrys Barnes, Drama Director for the collaboration. 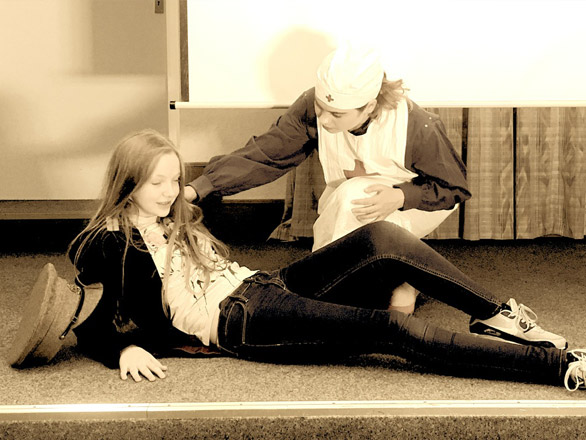